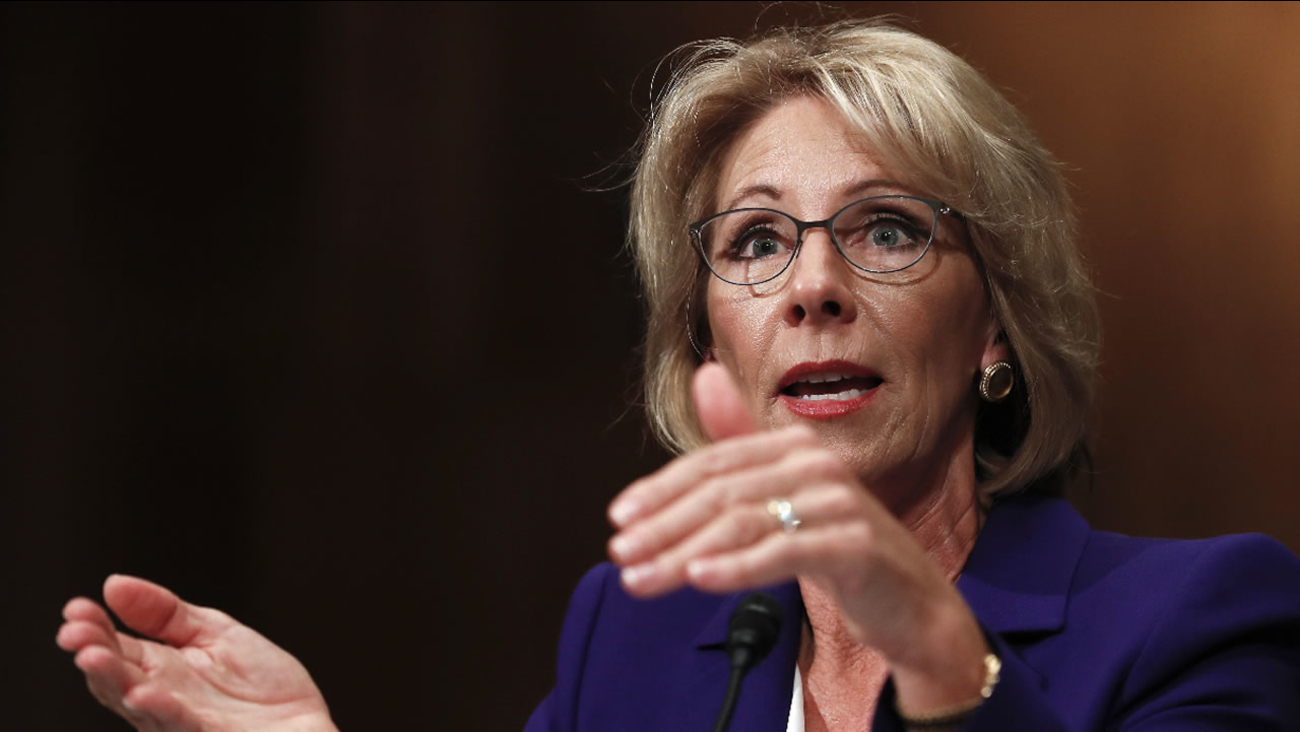 Education Secretary Betsy DeVos has said Obama administration guidance on how colleges should handle sexual assault complaints isn't working and suggested it needs to be revised.