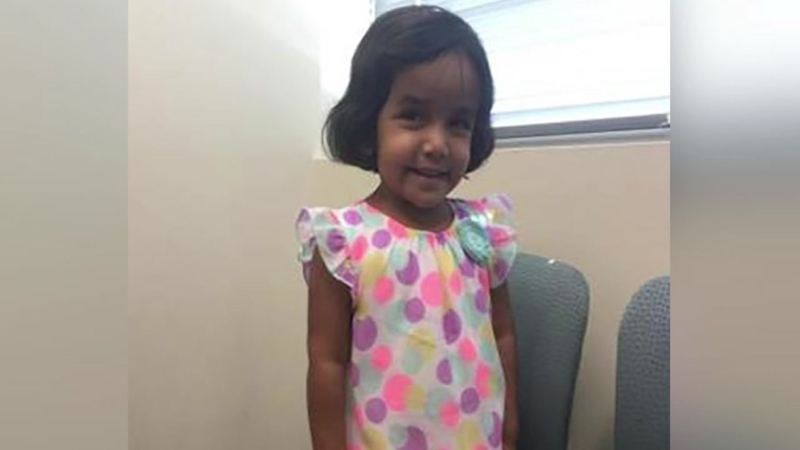 RICHARDSON, Texas -- The father of a missing 3-year-old in North Texas allegedly left his daughter alone in an area wrought with coyotes as punishment for not drinking her milk, according to charging documents.

Police in Richardson, Texas, issued an Ambert Alert for Sherin Mathews, who was reported missing early Saturday morning. Her father, Wesley Mathews, was later arrested and has been charged with abandoning or endangering a child.

According to investigators, Wesley Mathews said in an interview that he told Sherin to stand near a large tree outside his home in the wee hours of the morning after she refused to drink milk. He then said that he went back 15 minutes later and could not find his daughter.

Investigators said the tree is close to an alleyway. Charging documents allege Wesley told the responding officer that "he knew coyotes had been seen in the alley where he left his daughter."

Sherin Mathews has not been seen since. At the time of her disappearance, she was wearing black leggings, a pink shirt, and pink sandals.