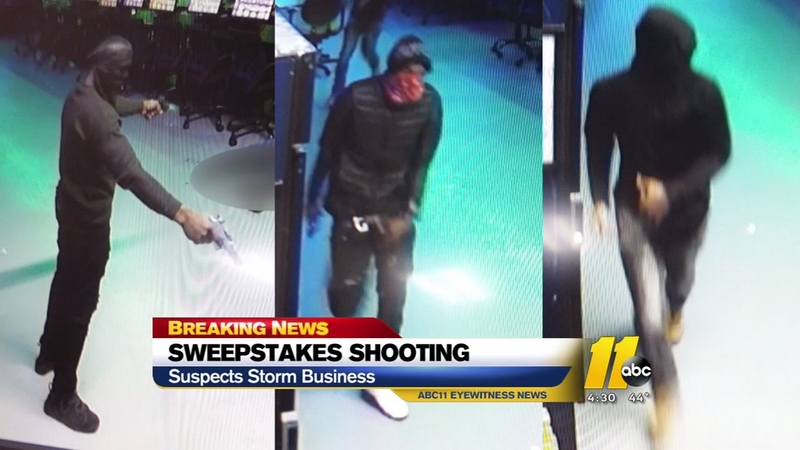 BURLINGTON, N.C. (WTVD) -- Burlington police are trying to locate three men accused of fatally shooting a person and injuring two others during a robbery Sunday night.

The incident happened just before 9:30 p.m. at the Gone Fishing Sweepstakes located at 1365 N. Church Street.

When police arrived, they found a patron and an employee suffering from head wounds - after being hit multiple times - and a security guard bludgeoned and suffering from a gunshot wound to the torso.

The gunshot victim was pronounced dead at Alamance Regional Medical Center. He was identified Monday as Michael Thomas Le, 25, of the 5000 block of Hilltop Road in Greensboro.

The two injured victims were treated at ARMC and released. Police are withholding their names.

Police said during the incident, one of the suspects stole the guard's gun.

After the shooting, the three fled on foot toward Beaumont Avenue.

Police are looking for a black vehicle.