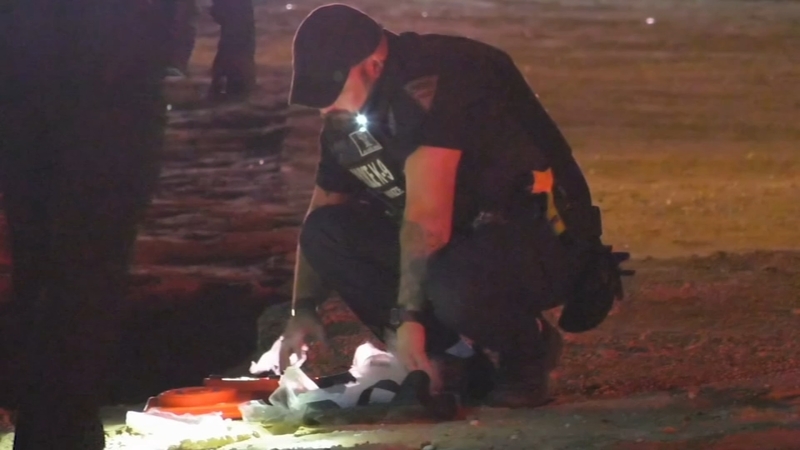 FAYETTEVILLE, N.C. (WTVD) -- Everything appeared to be back to normal outside the Baymont Ramada hotel. People who live and work nearby say they are surprised so many people were shot and killed in the city limits, surrounded by businesses.

Officers responded to the report of a shooting Saturday night at around 9 p.m. As soon as they arrived, officers and medical personnel found four people who had been shot. Officers later found a fifth and sixth victim who were taken the hospital for treatment.

"For it to happen right here around the corner when you're not prepared, and you're not armed it is scary." store clerk Robert Hamilton said.

Hamilton is still in shock. The store clerk works next door to the Baymont Ramada where 6 people were shot Saturday night.

Hamilton says he wonders if the shooting rampage is connected to a group of bikers fighting outside his store earlier that evening.

"They were tearing each other up," Hamilton said. "After I called 911 they dispersed."

Police are trying to tie it all in together but have not said if there is a connection.

Rakeem Jones is a community advocate and a victim of gun violence. In 2019, his sister Chaketa Jones, a mother of 7, was gunned down inside her home during an apparent drive-by, four days before her 26th birthday.

Jones says she was not the intended target. Three murder suspects are awaiting trial

"For something like this to happen in such a public place it's kind of like whoa," said Jones. "Justice. Whatever it may be."

The three other victims involved in the shooting are still being treated at area hospitals.

Detectives determined the shooting was not random and the incident remains under investigation.