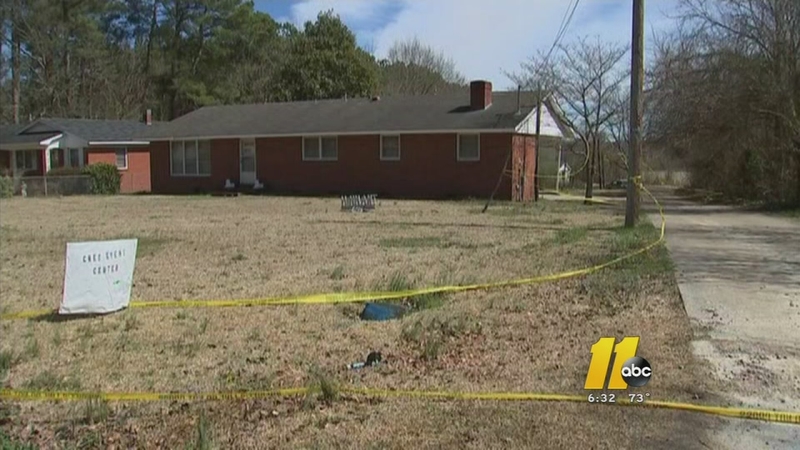 Deputies responded to shots fired at 995 Shawtown Road in Lillington around 3:45 a.m.

Meanwhile, additional calls came in regarding a gunshot victim at a nearby Burger King and three people at Central Harnett Hospital with apparent gunshot wounds.

"It's sad because I'm sure [the victims] were probably young: somebody's brother, somebody's loved one," said McGirt.

He says he has rented out the space to the same people many times before and never had any problems.

"I was informed this morning it was a total of almost eight shots. So the argument started on the inside and kind of transcended outside," said McGirt.

ABC11 found one bullet hole on the building and in the yard personal belongings were tossed all over.

"It looks like when the shots fired people scattered. Of course, I'm sure a lot of fear," said McGirt.

McGirt lives 100 yards away from the center. He was home at the time of the shooting, but says he didn't hear the shots being fired.

"This is the first time we've ever had a situation like this. People can come out and have a good time and go home. This was a first. This was shocking," McGirt said.

Police are still investigating the shootings. No arrests have been made.