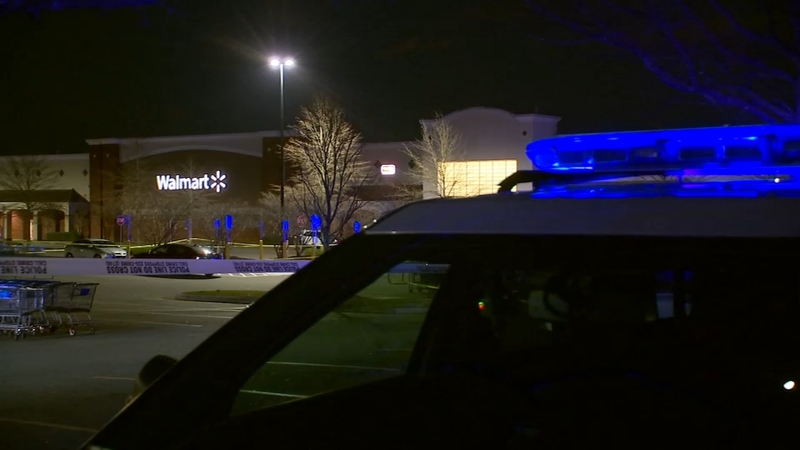 One person injured in shooting at Raleigh Walmart

RALEIGH, N.C. (WTVD) -- One person was injured after a shooting at a Raleigh Walmart shopping center Saturday evening.

The shooting happened at the Walmart on Glenwood Avenue in Brier Creek. Raleigh police responded to a call shortly before 5:30 p.m.

Officers say a man sustained non-life-threatening injuries and was taken to a hospital for treatment.

One adult male has transported with what appears to be non-life-threatening injuries. Based on preliminary findings, there’s not an on-going concern for public safety in the area. https://t.co/j02heD2nEB

Durham Council Member Mark-Anthony Middleton was inside the Walmart at the time of the shooting, He shared updates on social media, writing the store was locked down, and police swept it with long-barreled weapons before customers were eventually directed out.

"Aside from any physical injuries we are certainly concerned about innocent people (particularly children) who have been utterly traumatized by this," Middleton added.

At approximately 5:25 pm, RPD officers responded to a report of a shooting in the parking lot in the 10000 block of Glenwood Avenue. A follow-up investigation is currently underway.

The Raleigh Police Department tweeted shortly after stating that an investigation is underway.

Police say they do not believe there is any threat to the public, and other stores and restaurants around the shopping center remained open.