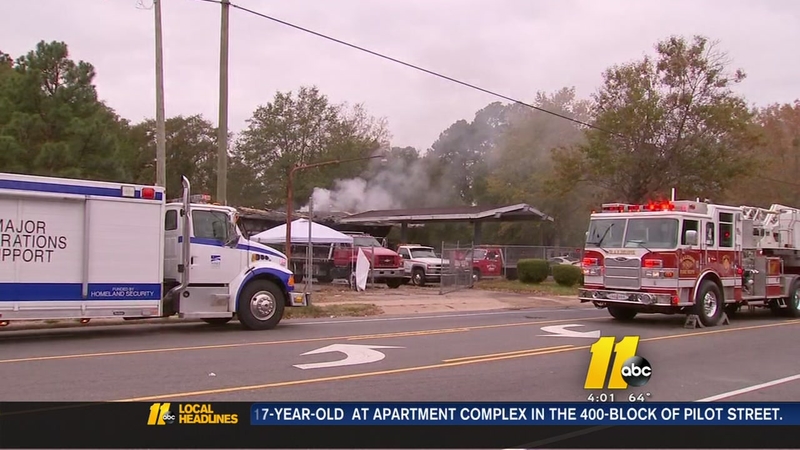 RALEIGH (WTVD) -- Many Raleigh residents saw a huge plume of black smoke Tuesday afternoon after a fire broke out at mechanic shop on Poole Road.

Choper 11 HD was overhead as firefighters were able to knock out the flames at Safari Auto Works, also known as Safari Auto & Towing. Now all that's left is the charred remains.

Fire officials told ABC11 the black smoke was due to the oil and grease burning up in the shop. Hazmat was on scene to clean it up.

There were no injuries to the 2 or 3 people who were inside at the time of the incident. One car was inside as well.

Former gas station fire, mostly out, investigation into cause underway. 2-3 people were inside, they got out #ABC11 pic.twitter.com/DsprHsq2d6

The shop used to be a gas station but fire officials said there are no fuel or propane tanks at the business.