'We can't get any more': Stores struggle to restock shelves for another winter storm 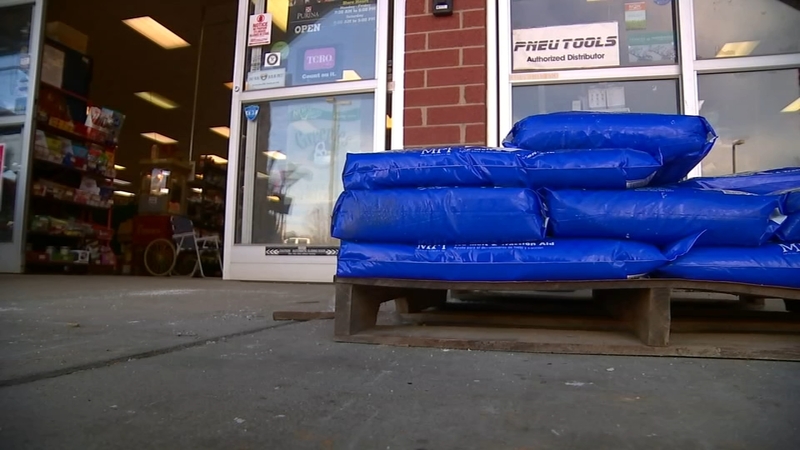 'We can't get any more': Stores struggle to restock shelves

RALEIGH, N.C. (WTVD) -- The Triangle is gearing up for its third wintry weather event of the month and the North Carolina Department of Transportation said this time, it will not brine the roads.

An NCDOT spokesperson said expected rain would wash away any brine placed on interstates and secondary roads.

The NCDOT has more than 200 trucks and crews available that will be hitting slick spots once the snow starts falling.

Some stores said they are having a hard time prepping for another storm, but not for lack of trying.

Hudson's Hardware in Clayton is putting out what it can on the floor.

"You've got such a quick turnaround, we've sold out of most of our shovels and sleds that we had," said Diane Duclos from Hudson's Hardware. "Unfortunately, because of supply chain issues, what you see here with shovels -- maybe six or seven shovels that we have left here, handful of sleds -- that's all we have, and we can't get any more."

Grocery shoppers were out preparing for the worst. Some said they stay stocked up for emergencies.

"I usually stay pretty prepared for adverse weather anyway, so I'm just getting some supplemental things," said Clayton Pickett, who was shopping for groceries Wednesday. "Some fresh fruit, some meat, I already have the basic water, milk, bread, eggs, the usual things that people normally get.

WATCH: Shoppers stock up ahead of another snowfall
EMBED More News Videos

Shoppers rush to stock up ahead of the second winter storm in days. Michael Perchick reports.

Like many other businesses, A&C Supermarket in Raleigh has had a tough time keeping merchandise in stock.

"With the pandemic and short staffing, our shelves have been empty. But we always find alternatives for stuff that we don't have," said a manager at A&C Supermarket.

He noted that the store was busier Wednesday afternoon as people stocked up on supplies ahead of anticipated severe weather.

"Actually a lot of people have been buying stuff from our fresh seafood department and a lot of gas, we have portable gas stoves along with the gas. There wasn't anything in particular, it's just big carts of stuff," the manager added.

The store received a shipment of food Wednesday afternoon, with staffers helping re-stock shelves later in the day. The manager said they plan to remain open during the storm as long as they have power, and that despite the increase in customers, they felt well-prepared.

Meanwhile, Raleigh-Durham International Airport is gearing up for another round.

More than 70 workers will be dedicated to clearing the runways.