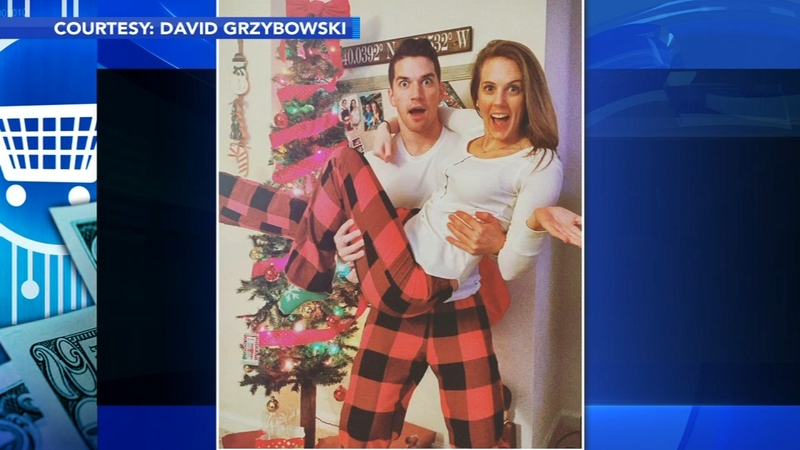 PHILADELPHIA, Pennsylvania -- Jodi Gilbert and her fiancée, David Grzybowski, aren't just planning a wedding - they're managing one, kind of like a business.

The pair has been busy popping this question to local businesses: Will you sponsor our wedding?

From goods to services, they're trying to pay for their big day by selling it, advertising style.

"The night we got engaged, I posted a picture on Facebook and jokingly hashtagged: #lookingforweddingsponsors," Jodi said.

But the idea kind of stuck.

"After thinking about it, our families are all for it because they are like, 'Oh yea, free stuff,'" she said.

Their love story starts seven years ago, when they met on Day 1 at LaSalle University.

The wedding date is set for June 22, 2018. They have a venue and she has a dress.
Everything else is up for grabs.

"We want anything from a table sponsor, to a step and a repeat, to decals on the floor, goodie bags," says David. "I really want to rock a cool shoe at the wedding so if there's a shoe company out there that wants to sponsor me and my groomsmen."

They're hoping to make it the ultimate Philly affair.

"We really want to reach out to Philadelphia-based companies, like Peanut Chews, Philly soft pretzels. We are from Philly, we went to school in Philly, so it's really a perfect match," said David.

If you're wondering, what's in for the sponsors?

"We can't promise that this is going to go viral, but in our perfect eyes it will be," David said.

So far, reaction on their search for sponsors has been mixed.

"They're just saying, 'everyone is looking for a handout these days,'" says Jodi.

They say they're just ignoring the naysayers.

"I know people are probably saying, 'We are just going to give money to you?' It's not really like that. It's more of like the materialistic things," said David.

They will also encourage their guests to tag the companies on social media, because with any kind of advertising, it's all about the eyeballs.