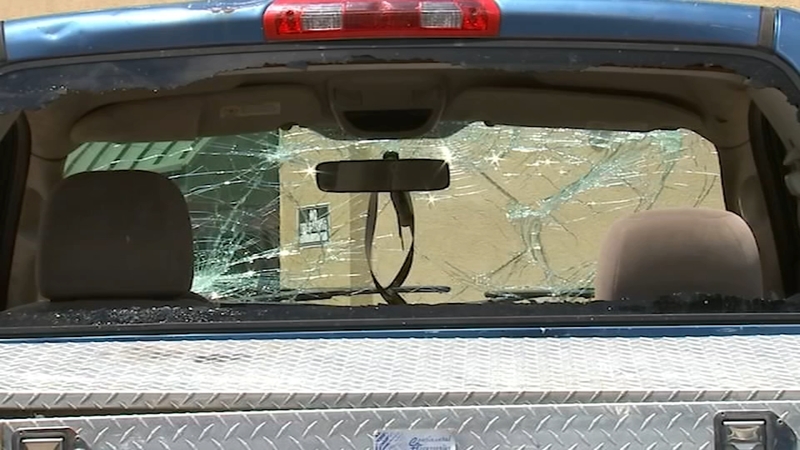 RALEIGH, N.C. (WTVD) -- Police are investigating what happened in the moments before shots were fired at a southeast Raleigh shopping center.

It happened Thursday afternoon in the 3400 block of Poole Road, where there is a Family Dollar, several fast-food restaurants, a pawn store, and a childcare center nearby.

A witness told ABC11 that it started as an altercation outside the Family Dollar and ended with someone shooting at a truck.

I’m on the 3400 block of Poole Road in #Raleigh where you can see this truck that was shot up. It’s right next to the KFC. Police are on the scene. #ABC11 pic.twitter.com/VKPGFzZhPx

The truck ended up next to the KFC in the area.

Raleigh police took the driver of the truck into custody but he was later released.

#Breaking-#Raleigh Police just arrested the man driving the truck that was shot at a busy shopping center on Poole Rd. The man told me he was going to go to the hospital and that a man with a gun shot at his truck. #ABC11 pic.twitter.com/XYmgjRcmoF

He was released. Waiting for more details on this incident.

Just before that, the driver told ABC11 that someone fired at his vehicle.

Although no one was injured, shoppers said they were concerned that it all happened in the busy Walnut Creek shopping center.

READ MORE: 'What concerns you most about mass shootings?' Triangle residents respond

"It really makes no sense because you have business owners here trying to do business here and stuff like this happens," said Tammy Harris. "And then you have children here. You see the kids, they're here. It's really scary."

Shoppers were left on edge.

"It makes me feel uneasy all day every day," said Terry Clemmons. "I don't know when or what time that something's going to happen."