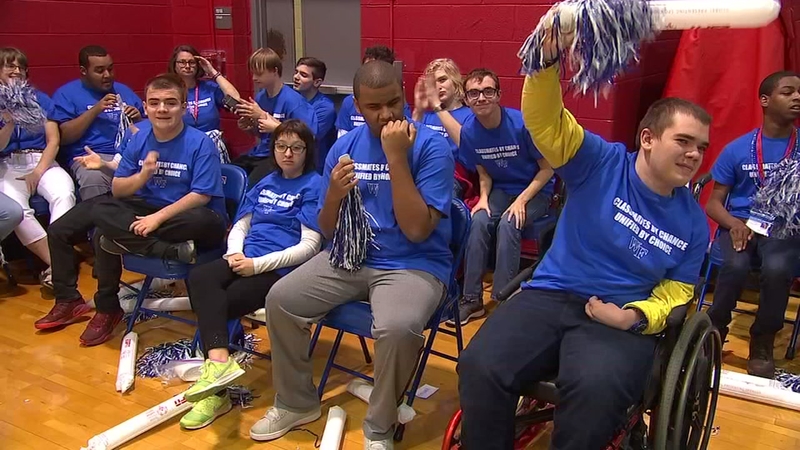 Special Olympians have the support of family, friends, first responders and many supporters they haven't met yet whenever they compete.

Now, as some program participants return from contests in Dubai, there's word from Washington that deep cuts in federal funding for Special Olympics could be on the way.

Representative Barbara Lee, Democrat of California, told education secretary Betsy DeVos, "I just have to say, Madam Secretary, you have zeroed out Special Olympics once again. I still can't understand why you would go after disabled children in your budget. You zeroed that out; it's appalling."

Nearly $18 million in potential cuts have Representative Lee and other Congressional advocates of Special Olympics fired up.

Rep. Mark Pocan, a Democrat representing Wisconsin, said, "It's 272,000 kids that are affected!"

The response from Betsy DeVos: "Special Olympics is an awesome organization, one that is well supported by the philanthropic sector as well."

North Carolina Special Olympics CEO Keith Fishburne says while some people worry about the potential loss of funding, the organization has heard similar proposals in the past and still received the needed funding.

"We also know that this is the first step in a process at the federal level in which Congress is going to take the budget and make decisions on what's going to happen," he said.

Fishburne says loss of the federal funding could affect programs in schools like Unified Champions in Sports, which uses about $250,000 in federal money to assist special athletes from kindergarten to the college level.

But if the federal money's not restored to the next budget, "I would have to really look strong and hard at how I'm funding the program, and I would have to figure out some new sources of funding at the private level."