Hundreds participate in Special Olympics Summer Games across the Triangle 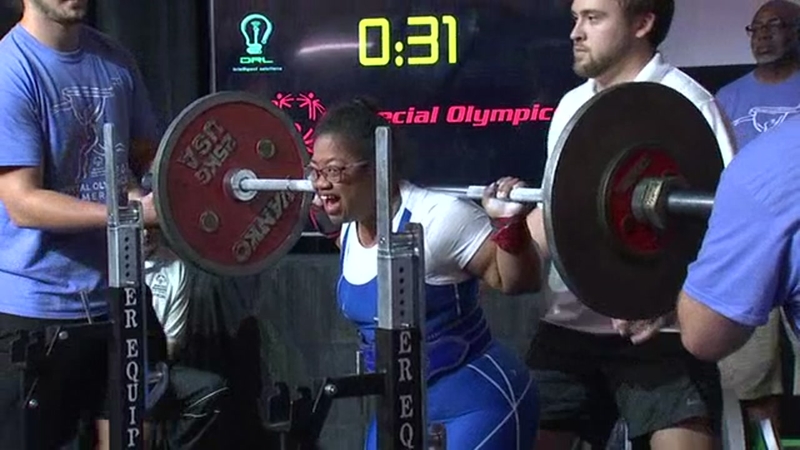 Hundreds participate in Special Olympics Summer Games across the Triangle

RALEIGH (WTVD) -- Nearly 1,800 athletes will be competing in the Special Olympics North Carolina Summer Games on Saturday and Sunday.

The athletes are challenging each other in aquatics, gymnastics, powerlifting, and several other sports.

The games are happening at multiple venues across Raleigh and Cary.

"It's wonderful," said Romas Gabbrielli. "Different counties coming from all together to compete and just share, tell stories of one another, perhaps, and just smile at one another and have fun all the way until we cross the finish line."

Gabbrielli, who is autistic, doesn't like physical contact and found Special Olympics to be a perfect fit.

"Special Olympics is not about rough physical contact," he said. "I'm also for me, I'm just one of those guys that likes to lift people's spirits up, really."

"It's great to watch the light bulb come on," said Ron Stipe, a parent of an athlete. "Not just with our boys but with the other athletes as well. It's just fantastic to see that emotion when they get charged up and they see--I can do something."

"It's been hard but I've been trying my best," Conner said.

Conner isn't just using his strength in the gym, he's also a global messenger for Special Olympics, working to get people to stop using the "R" word.

"When I hear it I just say 'Can you please not use that word it's really offensive,'" he said.

"I think it's great that he has something he can stand behind," said Ron Stipe. "I also think that he's helped people to change that whole dialogue into respect versus the "R" word."