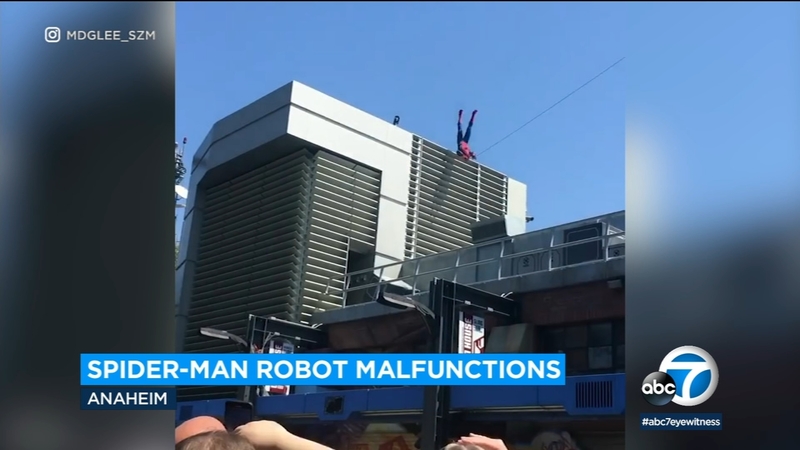 Spider-Man crashes into building during malfunction in Anaheim

ANAHEIM, Calif. -- A wild scene unfolded at Disney California Adventure in Anaheim when Spider-Man crashed into a building during an attraction malfunction.

It was all caught on video.

Don't worry, no humans were involved in the crash. A robot on the "Web Slingers: A Spider-Man Adventure" attraction malfunctioned, and crashed into the building instead of landing on top of it.

The attraction's narration didn't miss a beat. Apparently, it is wired for accidents.

After impact, the voice said, "The Web facility is not equipped with airbags," and Peter Parker's upbeat voice responded, "OK."

Spider-Man was back in action in time for his afternoon adventures.

Disney is the parent company of ABC7.