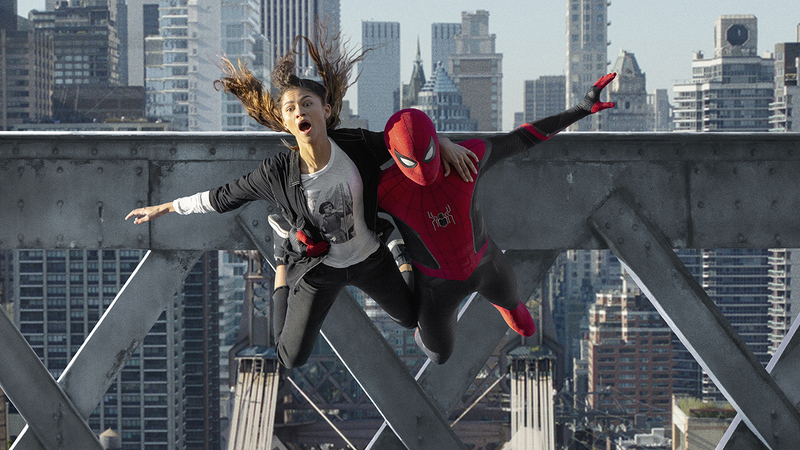 "Spider-Man: No Way Home," the latest movie in the Marvel series, notched a massive opening day at the domestic box office Friday by bringing in $121.5 million, according to its studio, Sony.

That is the second-highest opening day in box office history, behind the blockbuster "Avengers: Endgame."

It's also the highest opening day for the month of December, according to Comscore. And after a single day, the film already has the highest-grossing opening of any movie during the pandemic.

That total has nearly lapped the original projection for the film, which was $130 million. Sony is now saying "No Way Home" could make $242 million this weekend domestically.

The cameos in the new Spider-Man trailer were not the only surprises for fans watching it in a Los Angeles theater.

If "No Way Home" swings to those box office heights, it would come in right behind 2015's "Star Wars: The Force Awakens," which opened with a $247 million weekend. That would make "No Way Home," which stars Tom Holland and Zendaya as Peter Parker and MJ as they battle villains from across the Marvel multiverse, the fourth biggest opening weekend of all time.

Some industry analysts believe the film could go even higher as the weekend progresses.

The projected totals for "No Way Home" so far are remarkable considering that the film is opening in a nearly two-year-long pandemic. The film is racking up pre-pandemic box office numbers at a time when the Omicron variant is spreading. In 2020, the movie industry experienced one of the worst years ever in box office history.

This year has included many big hits, such as "A Quiet Place, Part II," "F9: The Fast Saga" and "Shang-Chi and the Legend of the Ten Rings." But nothing compares to the scale of "No Way Home."

That's good news for theaters as they attempt to find their footing at a time when bringing in audiences has been difficult to do. It appears that Spider-Man may have swung in to save theaters just in time.