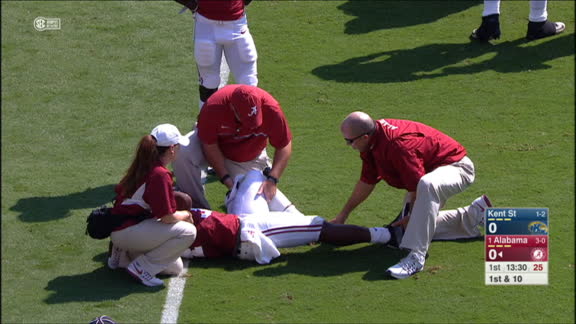 TUSCALOOSA, Ala. -- Alabama running back Damien Harriswas carted off after suffering a sprained ankle on the opening drive of theCrimson Tide's48-0 victory overKent Stateon Saturday.

Alabama coach Nick Saban said after the game that Harris is considered day-to-day and is questionable for next week's game against Kentucky.

Harris' right leg bent awkwardly at the end of a 6-yard run, and he was unable to put any weight on his leg while being helped off the field. Members of the training staff taped Harris' ankle before carting him to the locker room for further examination.

He came into the game Saturday ranked third nationally in yards per carry (9.1) among FBS backs who average at least 10 rushing attempts per game. The sophomore's 327 rushing yards ranked 18th in the FBS and fourth in the SEC.

Freshman Joshua Jacobs took over at running back for the Crimson Tide after Harris' injury and capped both of Alabama's ensuing first-quarter possessions with rushing touchdowns. Jacobs finished with 97 rushing yards on 11 carries.

Alabama running back Bo Scarbrough also was injured late in the first quarter but was able to limp off the field under his own power. 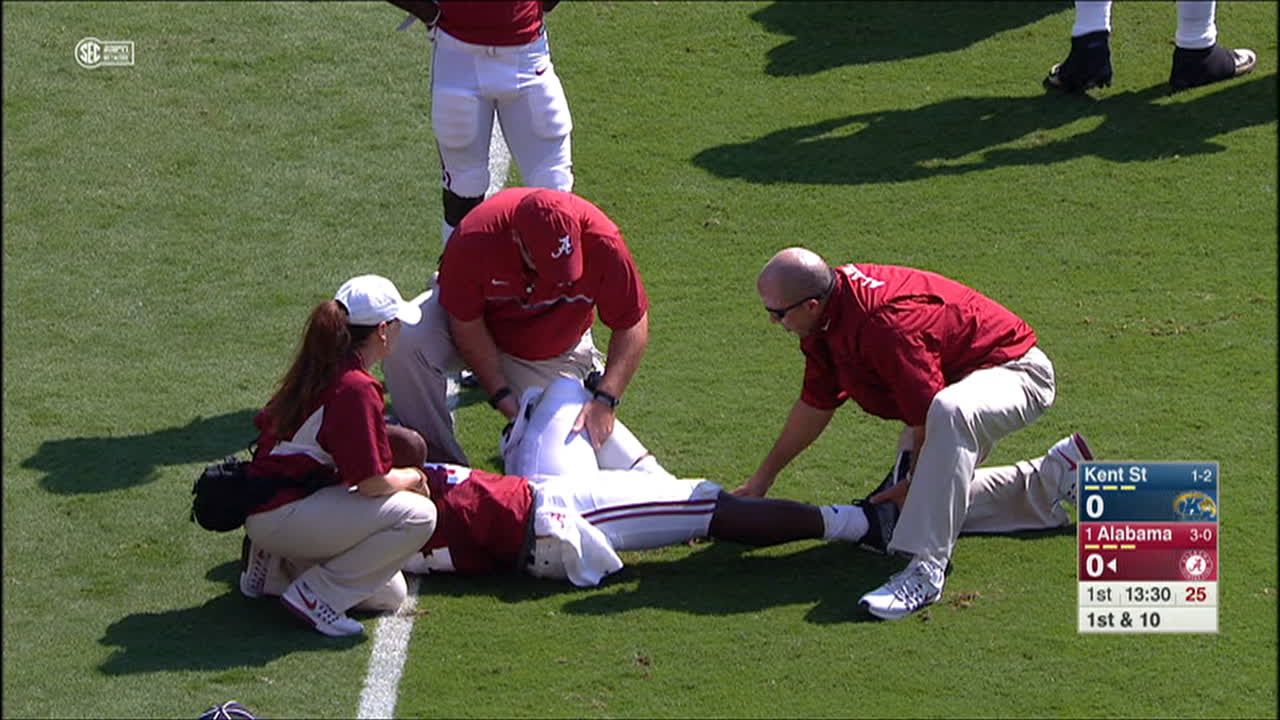