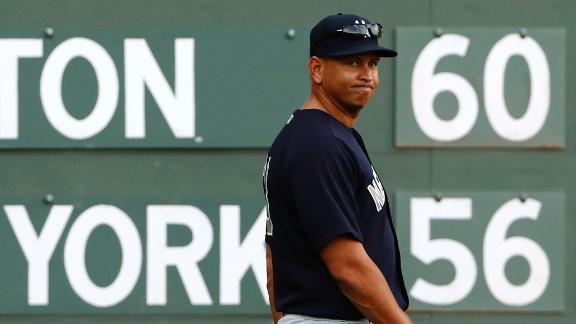 BOSTON -- New York Yankees manager Joe Girardi turned down Alex Rodriguez request to play third base in his final game as a Yankee on Friday in the Bronx.

"Tuesday, I came into his office," Rodriguez said. "He told me what the plan was and I said, 'Well, any chance I could play third base on Friday?' He just said no."

A-Rod started at third twice last year. He has not played the field at al at this season.

"We thought about it, but he hasn't done any work," Girardi said. "We are still in the business of trying to win games."

The Yankees entered Thursday at 57-56 on 4.5 games back in the wild card standings.

Rodriguez is in the starting lineup on Thursday against Red Sox lefty Eduardo Rodriguez in what will be his final road game with the Yankees. On Friday, the Yankees have pushed back the start time of their game with the Tampa Rays from 7:10 p.m. to 7:35 to host a pre-game ceremony.

Chris Archer will start for the Rays. A-Rod has two hits, both homers, in 15 at-bats.

After the game, Rodriguez, 41, will be released. He has agreed to become a special adviser to team owner Hal Steinbrenner, but he has refused to rule out playing for another team if someone calls.

As for not playing third base on Friday, which A-Rod first revealed on the Michael Kay Show on 98.7 FM in New York, A-Rod took it in stride.

"It would have just been fun," Rodriguez said. "Look, it wasn't a big request. I get that we are playing games. I totally get the answer.

"This is my last day, I would hope that a couple of balls didn't hit me in the mouth. It was a fun request."

Girardi didn't rule out the possibility of putting A-Rod at third if there is a lopsided score either way. Rodriguez tried to play down any dissension.

"I wouldn't make a big deal about it," Rodriguez said in front of his locker before Thursday's game. "They are probably saving me some embarrassment."

Rodriguez pinch-hit on Wednesday, flying out left in the seventh. He was booed.

"It was louder than usual," Rodriguez said. "Once last lick before I go back to Miami."

Rodriguez makes his home in Miami, leading to speculation he could end up with the Marlins. He said if he ever decides to play for another team he will first consult with Yankees owner Hal Steinbrenner.

When asked directly if he looks as Friday as his last game as a Yankee or his last game ever, A-Rod was fully clear with his intentions.

"I'm focusing on this is it," Rodriguez said. "I'm not looking beyond that. I value pinstripes. I value this organization. To me, this is it." 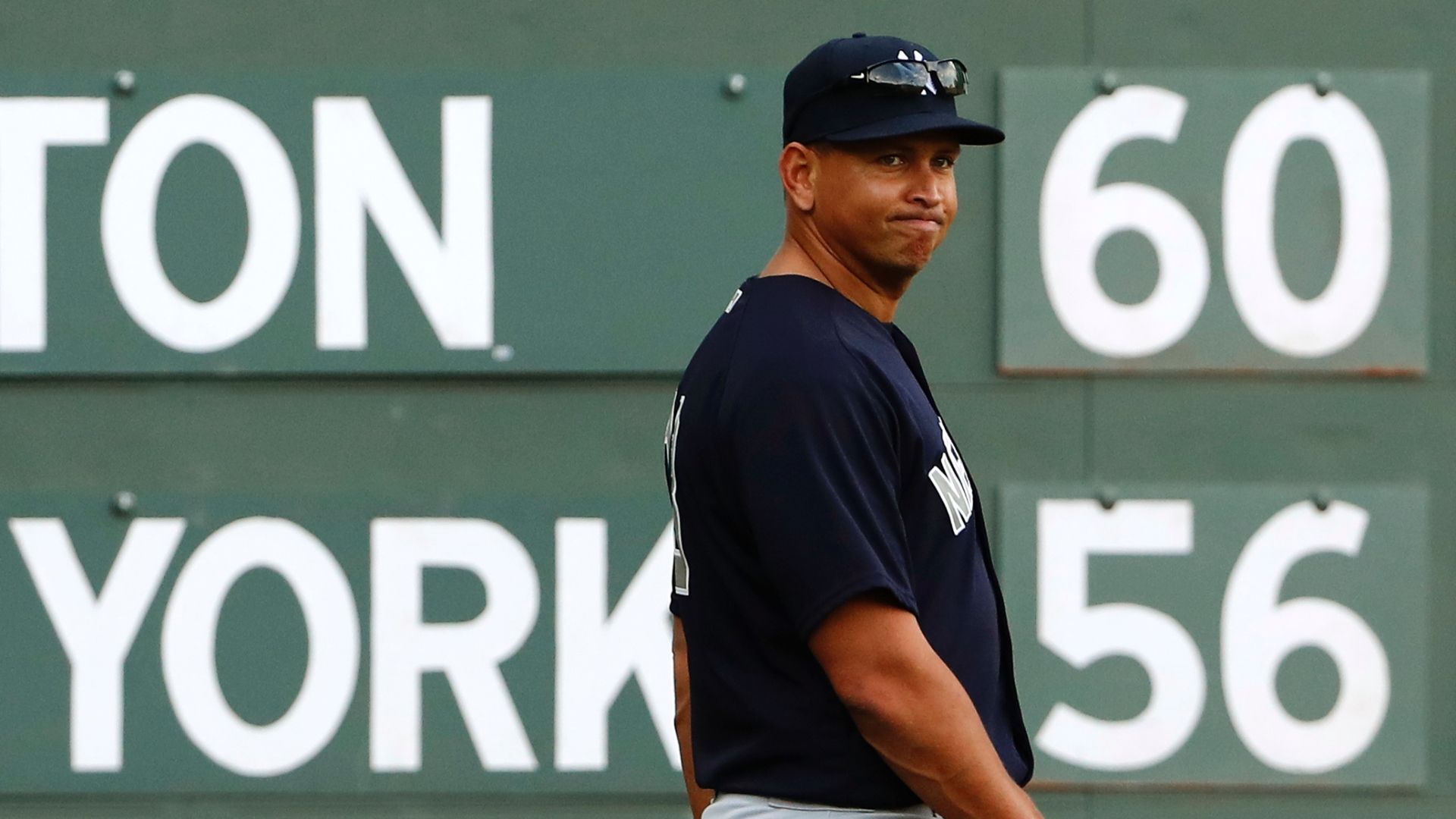