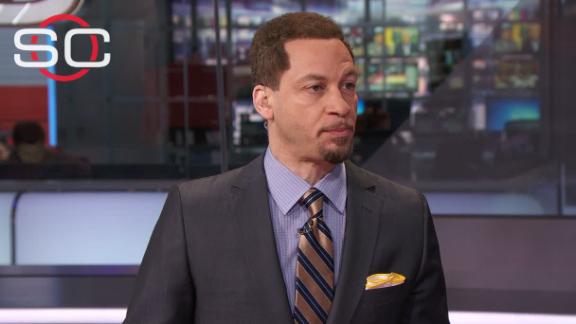 METAIRIE, La. -- New Orleans Pelicans star Anthony Davis, who has been shut down for the rest of the season, said he has been playing through shoulder pain for three years.

Davis will undergo surgery to fix a partially torn labrum in his left shoulder. He said the surgery should keep him on the shelf for four to five months and out of the 2016 Rio Olympics.

Davis and the Pelicans have known about the injury since his rookie season, but after consulting with team and medical officials, the 23-year-old All-Star decided to play through occasional pain.

"They told me [the shoulder surgery] eventually has to happen," Davis said Monday. "Gradually, it's been getting worse. Something we just got to take care of now."

Davis said he has worn a special compression shirt underneath his jersey to "help stabilize" his shoulder.

"It was bothering him here and there, but it was never to the point where -- he didn't sit any game out because of the shoulder," Pelicans coach Alvin Gentry said. "He was able to play through that situation. I think the situation right now is that this is a perfect time. He has a knee issue, so if you're going to take care of the knee issue, you might as well take care of the shoulder one too."

Davis will have a procedure done to repair a left knee injury that he says has been bothering him since before he was removed from the second half of his team's loss to the Portland Trail Blazerson Friday.

"It's been hurting for a while, but [the knee injury is] something that I can play through," Davis said. "It ended up being tendinosis, but we'll just try to figure it out."

Davis said he will have the knee examined further in Los Angeles "to figure out what's really going on."

"I think the biggest thing was because of the knee," Davis said. "Me and the organization came to a conversation and try to figure out what's the best situation. Since the knee is what really has to get really looked at, might as well do the shoulder as well, instead of waiting and then something happening to the shoulder, and now you have to do it all over and just wasting time. Might as well knock both out at the same time."

Davis said he is not looking forward to being away from basketball, and he appeared particularly emotional when admitting he won't play in the Rio Olympics.

Davis won a gold medal with Team USA as a 19-year-old before he played a minute in the NBA. He also won gold at the 2014 FIBA World Cup.

"That's tough. It's definitely tough," he said. "Twenty-three years old. ... A couple more Olympics, maybe? But it's definitely a tough situation. I love USA Basketball, love when I was there in 2012, love when I played in the World Cup in 2014.

"It was definitely a tough decision, but I think everybody understands where health is more important than [being] on the floor. That was definitely one of the biggest decisions, especially because, as you guys know, I love playing USA Basketball, representing my country. So that was definitely tough."

USA Basketball wished Davis "a speedy & full recovery" in a statement posted to Facebook on Monday.

"Everyone involved in USA Basketball and the USA Men's National Team was extremely disappointed to learn about Anthony's season-ending injury and the pending surgeries, which will make him unavailable for this summer's Olympics," chairman Jerry Colangelo said. "However, Anthony getting back to 100 percent is what is most important at this time. We wish AD a quick and full recovery and look forward to having him represent the United States again."

Davis' exit after 61 games played this season puts his chances of being voted onto one of three end-of-season All-NBA teams -- and thus earning an estimated $24 million extra for the maximum extension he signed with the Pelicans the past offseason -- in jeopardy.

"Of course it came up," he said. "But nah, I told them, at the end of the day, I'm worried about my health. If it happens, it happens. I mean, it's going to take care of itself. If I think about, 'Oh, well, I can keep playing with my knee and all this,' I think that's just being selfish."

Davis finished the season with averages of 24.3 points, 10.3 rebounds and 2.0 blocks per game. His 25.21 player efficiency rating ranks seventh in the NBA, and his real plus-minus of plus-2.74 ranks 36th.

Davis to undergo surgery on shoulder that hurt for 3 years
ESPN Pelicans reporter Justin Verrier has the latest on New Orleans star Anthony Davis, who will undergo surgery on his partially torn labrum, which has been causing him pain for three years. It will keep him out up to five months, including the Olympics.