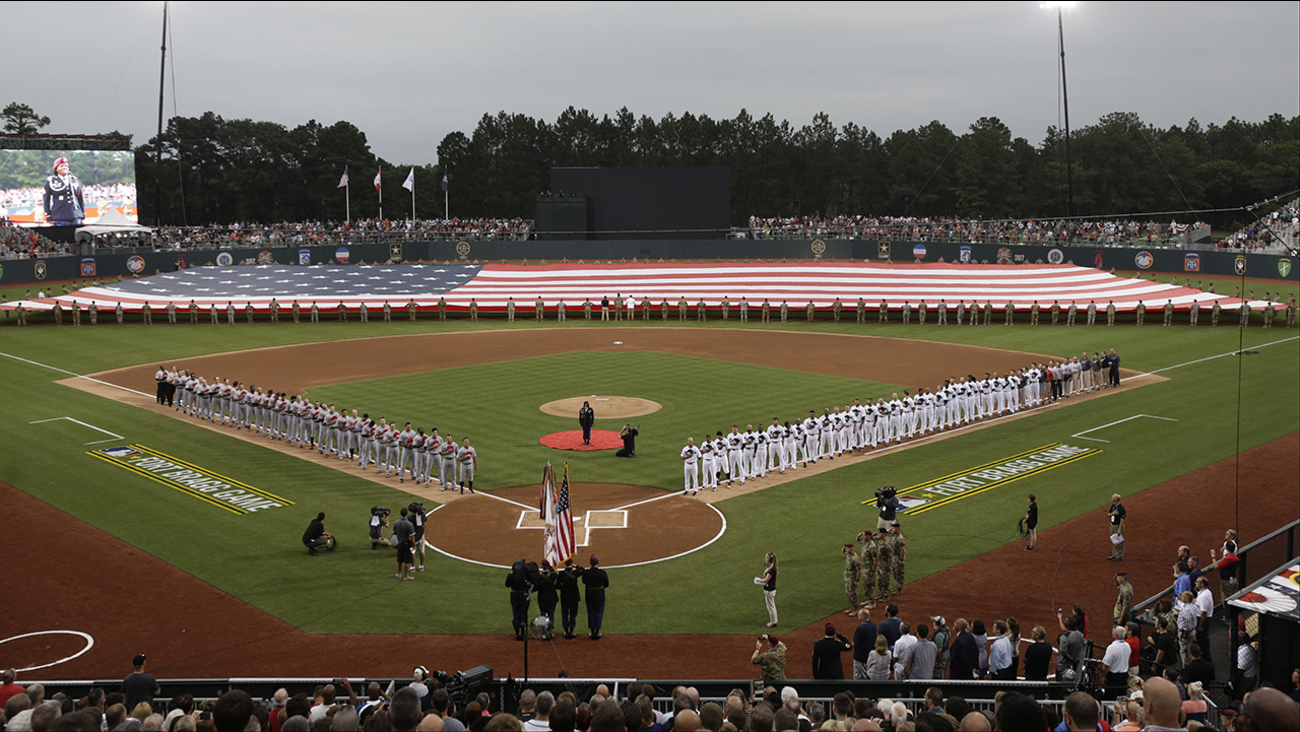 Players line up prior to a baseball game between the Miami Marlins and Atlanta Braves in Fort Bragg, N.C., Sunday, July 3, 2016. (Gerry Broome)

Many, including the 82nd Airborne Division, which is headquartered on the base, were not too happy that he had gotten into the game.

The contest between the Miami Marlins and Atlanta Braves was the first regular-season major pro sports game played on a military base. Tickets were awarded only through a lottery system to active members of the military with U.S. Department of Defense identification.

Even Laurence Leavy, otherwise known as Marlins Man, chimed in.

@zack_hample Zack, that game CLOSED to NON department of Defense Employees and their family. Give any balls u have to kids and leave. NOW.

Social media at large did its part, as #ThingsBetterThanHample trended for some time Sunday night.

Sensing the heat, Hample closed the night by saying he had caught many balls and was going to make a donation.