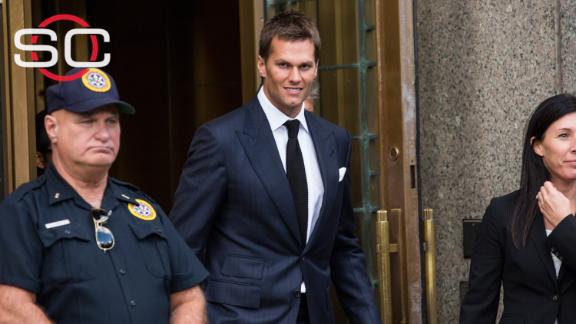 NEW YORK -- Alleging a "smear campaign" against their client,Tom Brady's attorneys on Friday reiterated their claims of unfair treatment by NFL commissioner Roger Goodell as they seek to overturn Brady's four-game suspension for his role in the use of deflated footballs in the AFC Championship Game.

In documents filed Friday in U.S. District Court, Jeffrey Kessler, the lead attorney for Brady and the NFL Players Association, referred to Goodell's written ruling against Brady as a "propaganda piece" and claimed Brady was judged by a different standard from when he was first suspended to when his appeal was upheld.

After stating in the Wells report that Brady was "generally aware" of the deflating of footballs, Kessler said, the league asserted Brady was the mastermind of the scheme. Kessler said this assertion couldn't be used as the basis for upholding Brady's suspension since it wasn't found in the original report.

"It is more smear campaign than reasoned decision," Kessler wrote, as earlier reported by the Boston Herald.

Judge Richard Berman has instructed both sides to attempt to reach a settlement and to tone down rhetoric in the case. There apparently was little progress Wednesday when Brady and Goodell appeared in Berman's court. Settlement talks were held Thursday, although the sides took Friday off.

Goodell upheld the suspension on July 29 when Brady appealed, leading to the suit.

Both sides are due in court again next Wednesday.