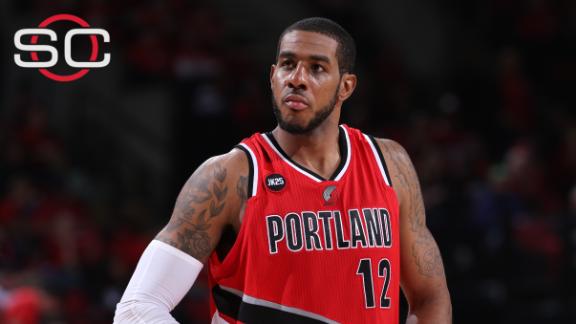 SAN ANTONIO -- Former Spurs great Bruce Bowen has given his blessing for LaMarcus Aldridge to wear his retired No. 12 jersey.

The Spurs retired the No. 12 three years ago as a tribute to Bowen, the former starting small forward on three San Antonio championship teams (2003, 2005 and 2007).

According to the San Antonio Express-News, Spurs general manager R.C. Buford called Bowen, an ESPN analyst, to ask about giving up his retired number to Aldridge, who last week agreed to a four-year deal worth more than $80 million as the club's prized acquisition in free agency.

Bowen immediately agreed, according to the Express-News.

"You want LaMarcus to feel part of the family," Bowen told the Express-News. "If I can have a hand in that, shoot, why not? I don't play anymore.

"I hope it helps [Aldridge] feel comfortable. If he's comfortable, the sky's the limit for him here."

Aldridge has worn No. 12 throughout his entire nine-year NBA career.

The Spurs officially announced Aldridge's deal with the team Thursday.

How does Aldridge fit into Spurs' system?
Tom Penn and P.J. Carlesimo explain how the Spurs made space for LaMarcus Aldridge and how Aldridge will fit into Gregg Popovich's system.