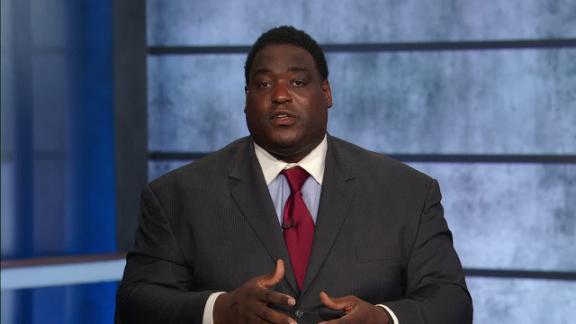 At a time some have wondered whether this would be Carson Palmer's and Larry Fitzgerald's last season, Arizona has extended the contracts and careers of both players.

Carson's extension will be worth $24 million. a source told ESPN's Adam Schefter.

Arizona wanted to keep the core of its team, its foundation, together for as long as it possibly can, and these extensions will enable the Cardinals to do just that. Palmer is 36 years old, and Fitzgerald turns 33 this month, but they have played as if they're in the prime of their career.

Both players are coming off some of their best and most productive NFL seasons.

Last season, Palmer threw for a career-best 4,671 yards and a career-best 35 touchdowns. Palmer joined the Cardinals in 2013 after being acquired in a trade from the Oakland Raiders. Since coming to Arizona, Palmer has a 29-9 record as a starter, including a 19-3 mark over the last two seasons.

Fitzgerald caught a career-high 109 passes for 1,215 yards and nine touchdowns.Entering his 13th season in Arizona, Fitzgerald was originally taken by the Cardinals as the third-overall pick of the 2004 NFL Draft out of Pittsburgh.