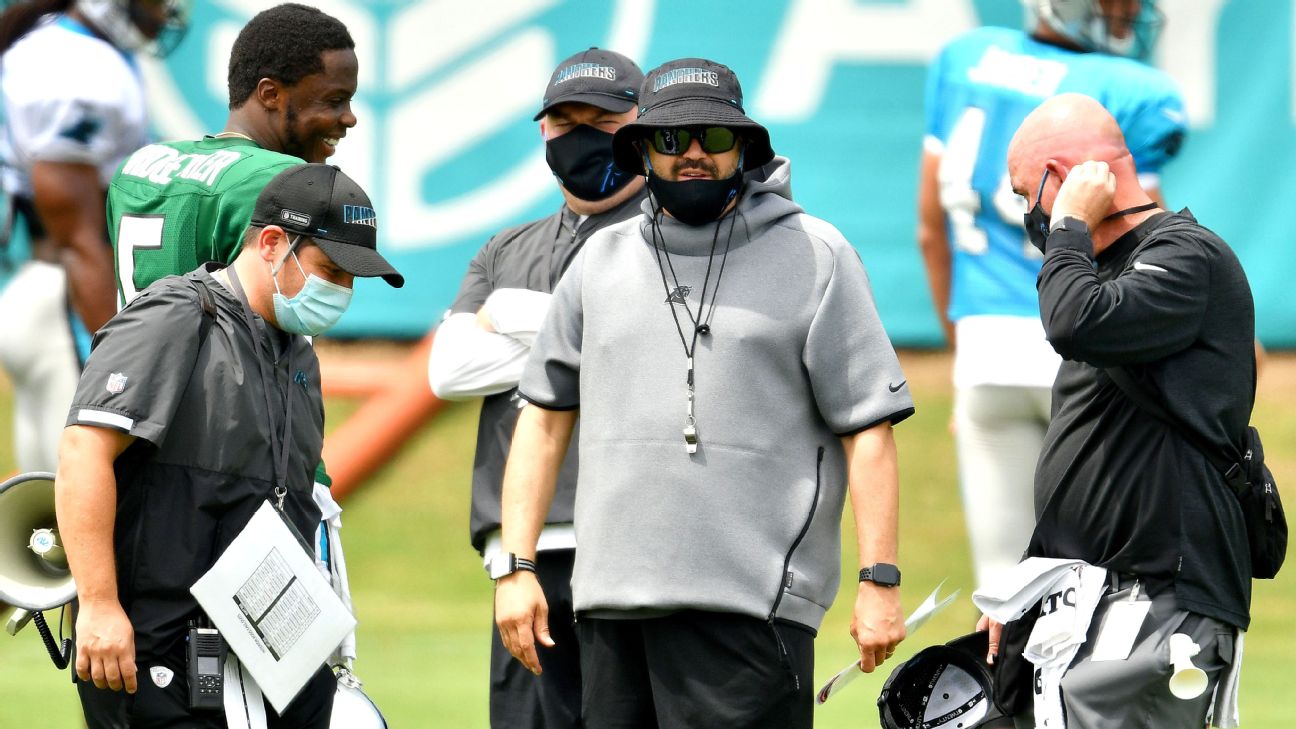 The Carolina Panthers are ranked No. 29 in ESPN's Football Power Index ahead of the 2020 NFL season. With no preseason games this year amid the coronavirus pandemic, Week 1 is the first time we'll see new acquisitions and rookies for every team. Week 1 will also give us the first NFL games since Super Bowl LIV in February.

Here's everything you need to know about the Panthers heading into the season, from the big question to answer and the toughest stretch on their schedule to a bold prediction and potential breakout fantasy football stars.

The big question: Will young secondary be effective against NFC South QBs?

Narrowing to one big question is hard with a completely overhauled roster and new staff with little NFL experience. But let's go with a secondary that might have to take on the Bucs'Tom Brady, the Saints'Drew Brees and the Falcons'Matt Ryan twice. The defensive front looks solid, but the secondary will have a lot of youth and inexperience. There's a good chance two rookies will start:Jeremy Chinn (big nickel) and Troy Pride Jr. (cornerback). Strong safetyJuston Burris has only nine career starts. The Panthers' offense has the potential to be potent, so how well this group and defense jells will be key. -- David Newton

How the pandemic has most affected the Panthers

Perhaps no team was hurt more by the pandemic than the Panthers. Coach Matt Rhule lost the benefit of having the extra offseason time with players allotted to new coaches. He and his staff had met only a handful of players in person before training camp. With no preseason games, the opener will be the first test for what appears to be the youngest staff and roster in the league. The only edge here is opponents won't have a clue what to expect. -- Newton

Inside the Panthers' schedule

Toughest stretch:In weeks 7 through 10, the Panthers are at New Orleans, then host what could be a strong Atlanta team, then head to defending Super Bowl champion Kansas City, followed by a home game against Brady and Tampa Bay. One win among those four would likely be considered a success.

Over or under 5.7 wins? Over, but just barely. Offensively, with Christian McCaffrey, Teddy Bridgewater and DJ Moore, there's the potential for an explosive offense if the line stays healthy. That'll keep Carolina in games while the defense, with a lot of good young talent, molds into a unit. Six or seven wins seems realistic. -- Newton

Bold prediction for 2020: Teddy Bridgewater will pass for 5,000 yards

Bridgewater will complete his amazing comeback from his horrific 2016 knee injury by passing for more than 5,000 yards and 40 touchdowns in Joe Brady's offense that produced Heisman Trophy winner Joe Burrow last year at LSU.-- Newton

Thomas has seen plenty of action during his first two NFL seasons, but that was primarily due to injuries to Greg Olsen. With Olsen no longer on the roster, Thomas officially tops the depth chart. The 2018 fourth-round pick struggled with efficiency last season and might have a limited target ceiling in Matt Rhule's WR-friendly scheme, but he'll certainly have the opportunity to make a third-year leap. -- Mike Clay

ADP for the top players:


The view from Vegas

The 5.5 total wins for the Panthers is the lowest since the 2011 season. Since winning 15 games and losing in the Super Bowl after the 2015 season, the Panthers have gone under their win total in three of the four seasons. -- ESPN Chalk staff

Odds courtesy of Caesars Sportsbook by William Hill as of Sept. 1.

Where the Panthers landed in NFL Rank 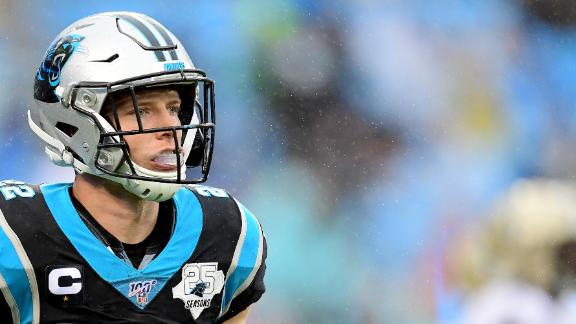