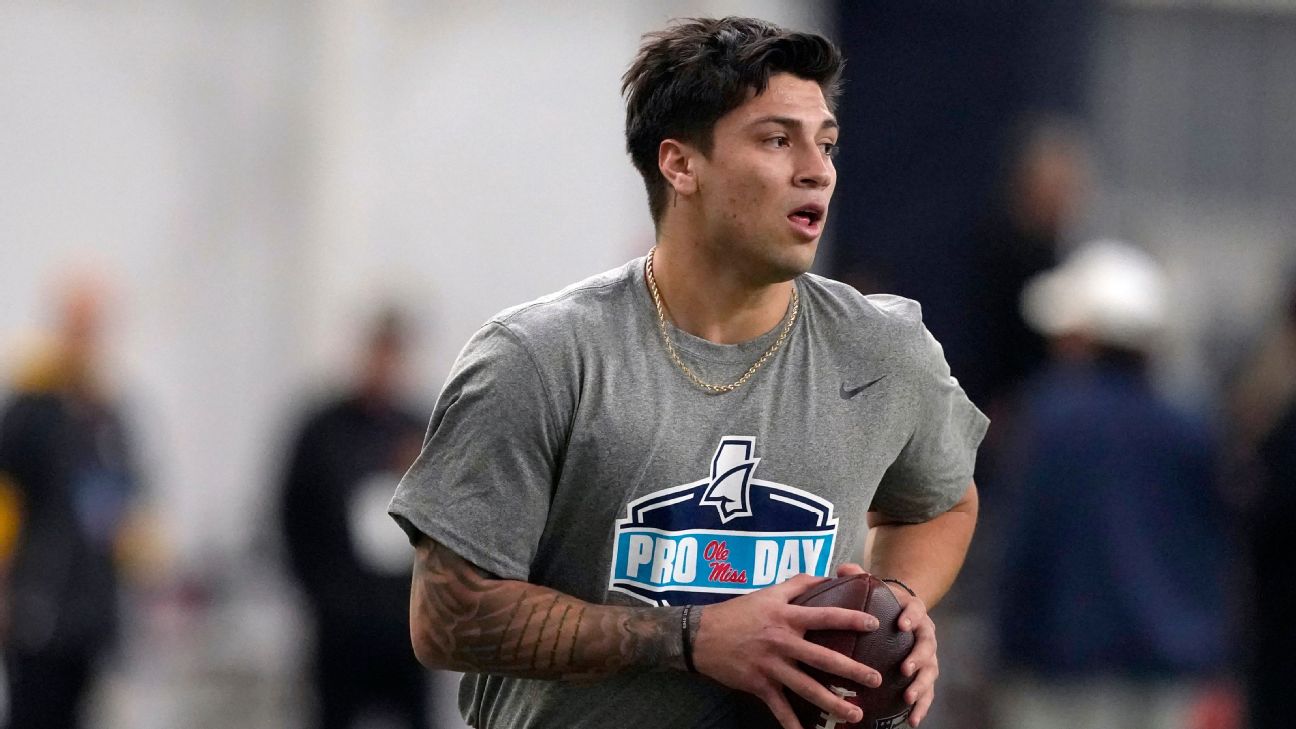 CHARLOTTE, N.C. --Carolina Panthers rookie quarterback Matt Corral says the chip he has always played with "got even bigger" when he fell to the third round of the NFL draft.

"A hundred percent," Corral said Friday, the first day of Carolina's three-day rookie camp. "[Draft night] was for sure a roller coaster. It was a bunch of mixed emotions. When I got that phone call, I have never truly been happy and sad at the same time. I have never felt that before."


Corral offered no explanation on why he slipped from a projected first-round pick to No. 94, where the Panthers traded a fourth-round pick and 2023 third-round pick to New England to move up and get him. He expressed surprise when asked about an NFL Network report that his fall had to do with alcohol and other related issues.

Said Corral, "Truthfully, I don't know where that came from. It's just one of those things that got out there. That was honestly the first time I heard that. That's nothing I can control. I got picked up. I'm here with an opportunity, and that's all I can ask for."

Carolina coach Matt Rhule said nothing was found in the team's vetting of Corral's off-the-field behavior that was "part of my concern or process in this."

Rhule said when the Panthers opted to select North Carolina left tackle Ikem Ekwonu with the sixth overall pick and saw Corral still available in the third round, "it was a no-brainer."

Rhule said it was too early to determine whether Corral can be a factoras a rookie in the decision on a starting quarterback. The coach said Sam Darnold would be the starter if the season began today but didn't rule out Corral being a factor in training camp.


He also didn't rule out bringing in a veteran quarterback. The Panthers made a run at Baker Mayfield during the draft, but, according to a league source, turned their focus to Corral when the Cleveland Browns refused to pick up the majority of Mayfield's 2022 salary ($18.85 million) in a trade.

Mayfield and San Francisco's Jimmy Garoppolo continue to be linked to Carolina if the price is right. Former Super Bowl MVP Nick Foles, 33, also is available since being released by Chicago.

"For us, it was to get through the draft and see where we are with Matt," Rhule said.

The next step for Corral is transitioning from the spread passing scheme at Ole Miss to a run-based offense the Panthers want under new offensive coordinator Ben McAdoo. Rhule admitted that's "a big one."

"We want to have a really strong quarterback room, so I don't think we would say no to a veteran at this point," Rhule said.


Corral handled the first day of rookie camp well. He was sharp with his throws, leading receivers so they were in good position to make big gains out of short-to-intermediate completions.

Corral said his biggest hurdle will be learning an NFL playbook.

"If I know the playbook, I'm going to be ready to play," he said. "As far as getting ready to be a starter, of course my mentality is to be a starter. But right now I'm trying to get on that 53-man roster."

Rhule said ultimately he had to decide what quarterback gives Carolina, coming off three straight five-win seasons, the best chance to win.

"As we sit here today, there's no question that Sam Darnold gives us the best chance to win," Rhule said. "We'll continue to watch for his development. We'll look for veterans to come in and compete. We'll look at the rookies, and we'll make that decision." 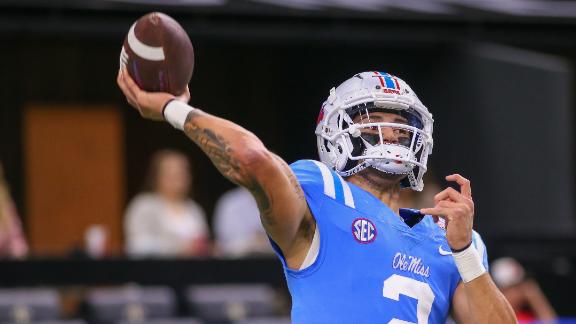