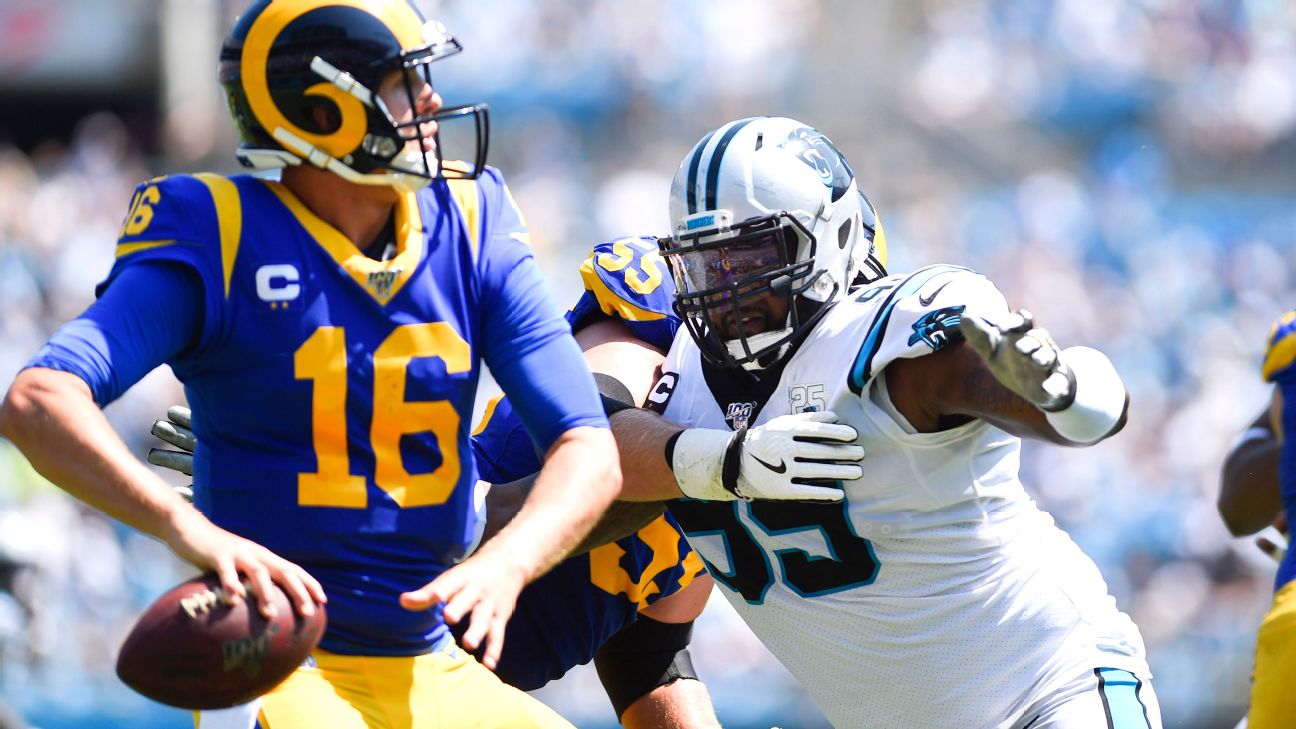 Short, the Panthers' best defensive player, has played in a combined five games over the past two seasons, as his 2019 and 2020 campaigns were cut short by season-ending shoulder surgeries.


He was heading into the final year of a five-year, $80 million contract he signed in 2017 after having 24.5 sacks during a three-year span. He has since had only three sacks, all in 2018, when he started 14 games.

"We're all grown here, so you know what it is," Short said after the season. "It's a 'what can you do for me now?' type of business."

Short, 32, was set to count $20.8 million against this year's cap, but by releasing him the team has created $8.6 million in cap space.

That is significant with the cap expected to drop from $198 million to $175 million this season and Carolina having had only about $12.1 million in cap space before the release, according to ESPN's Roster Management.


The additional money will help the Panthers either re-sign right tackle Taylor Moton to a long-term deal or use the franchise tag on him while working out a deal.

The franchise tag for Moton is projected to be approximately $13.6 million.