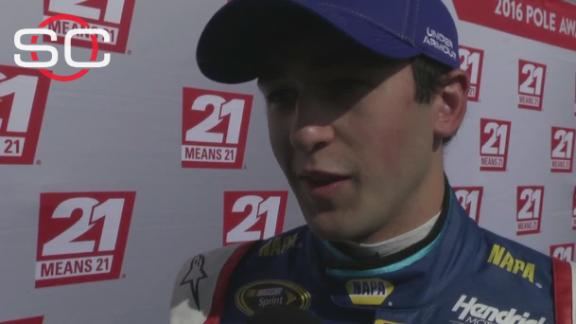 DAYTONA BEACH, Fla. -- Chase Elliott was too young to really remember celebrating in victory lane with his father, dressed in a shirt that matched Bill Elliott's firesuit and a little finger pointed toward the sky because daddy was No. 1.

But here's a father-son snapshot Chase can savor forever: "Awesome Bill" waiting with a big embrace Sunday at Daytona International Speedway for the son who proved he's capable of following in some Hall of Fame footsteps.

Elliott kept the No. 24 Chevrolet on the pole for the second straight Daytona 500, with the rookie becoming the youngest driver to land the top spot in NASCAR's biggest race.

"I don't know if this opportunity has sunk in yet, much less sitting on the pole for the Daytona 500," Elliott said.

The 20-year-old has the ride of a lifetime, taking the seat from retired four-time champion Jeff Gordon at Hendrick Motorsports. Gordon was in the broadcast booth at Daytona, calling the shots as the No. 24 went around the track without him for the first time since 1992.

Elliott has some practice following the great ones: His father, Bill, is a two-time Daytona 500 champion.

"The manner which (he) went about his business, I think is really special," Chase said.

Without showing the pressure on the track that comes with the ride, Elliott's top speed was 196.314 mph and he outran 43 others in front-row qualifying Sunday. He also showed that Hendrick cars could be contenders again after taking a backseat to Joe Gibbs Racing and Team Penske in 2015.

Nonetheless, the Gibbs cars continued their strong opening to Speedweeks by putting Matt Kenseth on the front row for the Daytona 500. It came on the heels of Denny Hamlin's victory in Saturday night's exhibition race and showed that the team hasn't lost a step since Kyle Busch claimed the Sprint Cup title in November.

Busch was fourth fastest in Sunday's time trials, with Carl Edwards ninth and Hamlin 10th. JGR was the only multicar team to put all of its cars in the top 10.

But Gibbs cares little about the buildup to the Feb. 21 season opener. Year after year, his drivers prove to be the best of the bunch during Speedweeks but come up empty in the main event. He reminded Hamlin of that in victory lane Saturday night.

JGR won its only Daytona 500 in 1993 with Dale Jarrett, and Gibbs doesn't miss an opportunity to remind his current drivers of the drought.

"I've got to tell you, the 500 is just hard to win," Gibbs said. "That's where we come at it. So many things can happen. You can have really good cars, and we feel like we have had those, but it's a tough race to win. I'd love to get another one."

The rest of the Daytona 500 field will be set in Thursday's two qualifying races.

Gordon already sounded like a seasoned pro in the Fox Sports broadcast booth, asking his replacement how he could keep his momentum headed into "The Great American Race." Gordon was a three-time Daytona 500 winner and won a pair of poles in the 24. Elliott's speed earned team owner Rick Hendrick his 10th overall pole in the Daytona 500.

Other things to know about qualifying:

WHO'S IN: Wood Brothers driver Blaney and BK Racing'sMatt DiBenedettosecured spots in the Daytona 500 as the two fastest open team drivers. NASCAR's new charter system, which guarantees 36 cars a starting spot in each race, shut out the Wood Brothers because it had been 10 years since it ran afull season. Blaney ran 16 races for the Woods last year and failed to qualify for three others because rain washed out the session. He won't have to worry about a spot next week.

WHO'S LEFT: With two spots remaining, Josh Wise, Michael McDowell, Reed Sorenson, Robert Richardson Jr., David Gilliland and Cole Whitt all have to race their way into the field. The top open finisher in each qualifying race will make the Daytona 500. 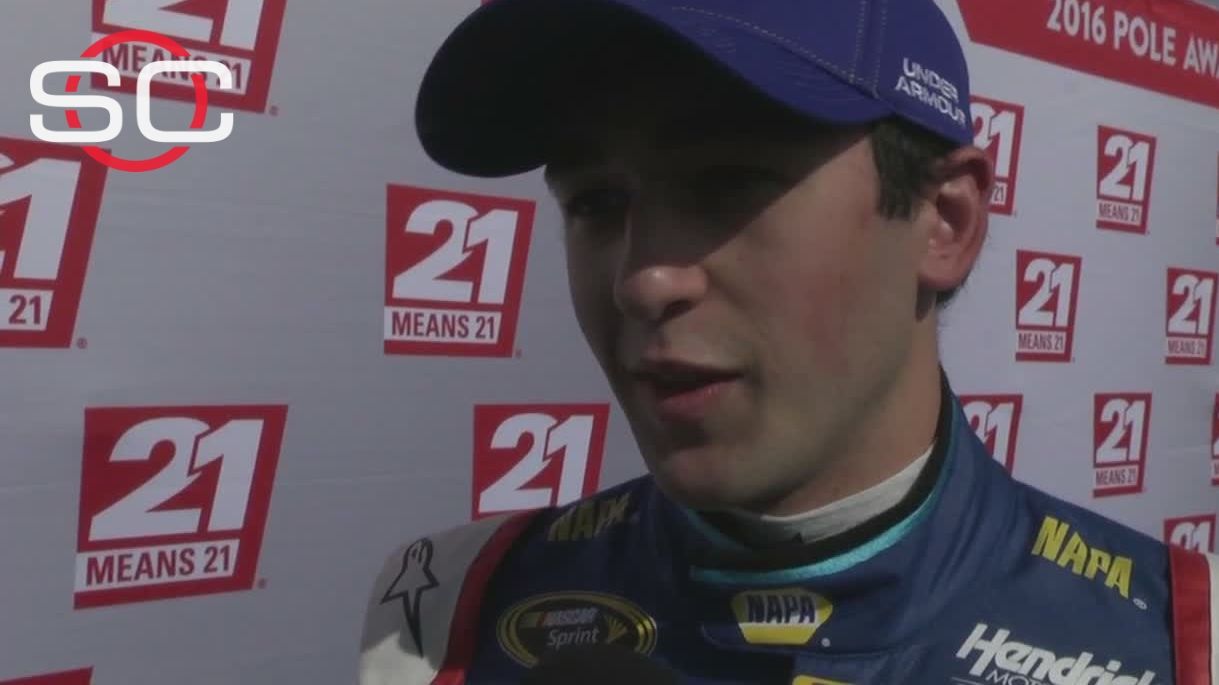