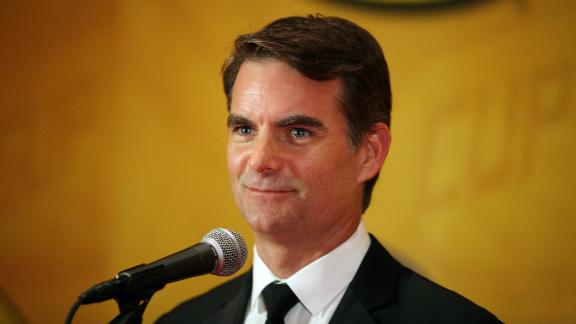 CHARLOTTE, N.C. -- Chase Elliott will replace Jeff Gordon in the No. 24 Chevrolet when the four-time NASCAR champion gives up his seat at the end of this season.

The announcement Thursday was expected because Elliott is the reigning Xfinity Series champion and one of NASCAR's most promising young talents. Hendrick Motorsports had to find a seat for him at NASCAR's top level or risk losing the 19-year-old to another organization in 2016.

Gordon, who announced his plan last week to retire from full-time driving, told The Associated Press he believes Elliott is the perfect choice to replace him.

"Chase is extraordinary," Gordon saidof Elliott, who is the youngest champion in the history of NASCAR's second-tier series.

Elliott will defend his title in NASCAR's second-tier series this season with JR Motorsports. But Rick Hendrick will also prep him for his move into Gordon's car by entering him in five Cup races, beginning at Martinsville in March.He'll also run at Richmond, in the Coca-Cola 600 at Charlotte, the Brickyard 400 at Indianapolis Motor Speedway and the Labor Day weekend event at Darlington.

Elliott will drive the No. 25 Chevrolet with sponsorship from NAPA in this year's limited Cup schedule.

No sponsor was announced Thursday for his eventual Cup ride, but Elliott will be paired with Gordon's current crew chief, Alan Gustafson, in 2016.

"Chase brings the kind of intangibles that make him the total package as a driver,'' Rick Hendrick said. "Not only is he a special talent inside the race car, but there's a natural combination of competitiveness, work ethic and smarts that you rarely see.''

Confirmation that Elliott will replace one of NASCAR's greatest drivers came the day before Elliott's father, Bill, is to be inducted into the Hall of Fame. Known as "Awesome Bill from Dawsonville," the Georgia native won the 1988 championship. He had 44 career Cup wins, including the 1985 Daytona 500. Elliott was also voted NASCAR's most popular driver 16 consecutive times, but removed his name from consideration following his final win in 2002.

Since then, Dale Earnhardt Jr. has won a record 12 consecutive most popular driver awards.

Now, the father and son duo will celebrate their accomplishments together in one week. Elliott will be feted by the industry Friday night during his induction, and his son cemented his future Thursday.

"My parents especially have believed in me every step of the way, and I know this wouldn't be possible without all the sacrifices they've made to focus on my racing career. This is such a big week for our family,'' Elliott said. "I know how rare this opportunity is and will work as hard as I can to make everyone proud.''

Chase Elliott will take over one of the most coveted rides in NASCAR, a seat that has been occupied by the driver with the third-most Cup wins in history since 1992. He will also join one of the most vaunted lineups in the sport: Along with Gordon, six-time champion Jimmie Johnson, Earnhardt Jr. and Kasey Kahne put all four of Rick Hendrick's cars in the 16-driver Chase for the Sprint Cup championship last season.

Gordon made the strongest run at the title, falling just one point short of advancing into the championship round. He was eliminated roughly 24 hours after Elliott wrapped up the then-Nationwide Series championship with one race remaining in the season.

Gordon said there had been pressure on him from Hendrick to set a timeline on his future, not because Hendrick wanted him out of the car, but because the organization had to make long-term plans for Elliott. Between his aching back and a desire to spend more time with his two young children, Gordon said Elliott's rapid progression was also part of his decision.

"That definitely has played a factor in the timing being right, because there's no doubt Rick has put pressure on me and had discussions with me," Gordon said. "Rick noted, 'We don't have a driver that can fill the shoes and sponsors.' He and I would go back and forth in these conversations, and we all kind of saw the timeline of Chase. As last season progressed and he was doing so well, it was obvious he was going to be ready for 2016.

Elliott had three wins last season in the Xfinity Series, and 26 top-10 finishes in 33 starts. He juggled the final semester of his senior year of high school with the first part of the season. He grabbed his first career victory at Texas in April, then was back in school two days later.

He followed it with a win the next week at tricky Darlington Raceway in South Carolina, and both victories were celebrated back in Georgia with the ringing of the police siren atop the Dawsonville Pool Room. The siren is only used in cases of celebration, and it had not been sounded since 2003, when Bill Elliott won his final race at Rockingham Speedway.