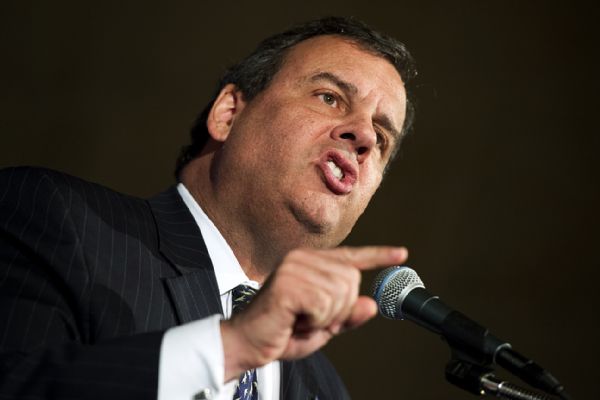 Many of Chris Christie's constituents live just outside Philadelphia, but the New Jersey governor apparently has a low opinion of the Phillies and their fans.

He went on to say that the Phillies were an "awful team" with "an angry, bitter fan base." He also said it's not safe to go to the Phillies' home stadium, Citizens Bank Park, if you want to root for an opposing team.

Philadelphia Mayor Jim Kenney, a Democrat, responded Friday that Christie is "bitter and has got nowhere to go" after his failed presidential campaign. He called him a bully.

Christie also took umbrage with the Phillies' use of the Mets'"Ya gotta believe!" slogan at their spring training home in Clearwater, Florida.

In a tweet, the Phillies said they appreciate their fans' support.

Their use of the word "bridge" is a dig at Christie over the George Washington Bridge lane-closing scandal that has dogged his administration.

The Phillies attract many fans from southern New Jersey, across the river from Philadelphia.