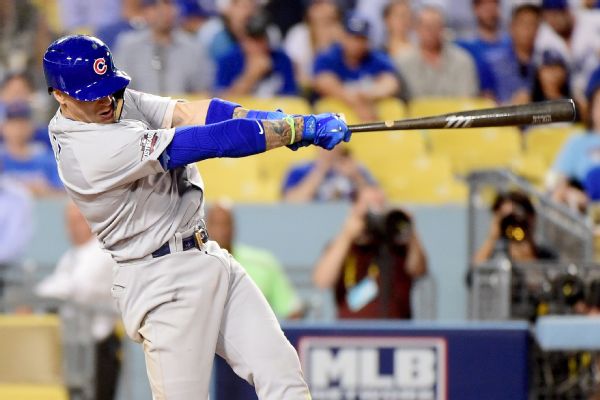 CHICAGO -- When Jon Lester was a free agent two years ago, he decided to jointhe Chicago Cubs primarily because they hadpromising prospects, including Javier Baez.

Look where they are now.

Lester and Baez were selected as co-MVPs for the National League Championship Series on Saturday night after leading the Cubs to their first NL pennant since 1945.

Baez hit .318 (7-for-22) with five RBIs against theLos Angeles Dodgers, picking up right where he left off in the division series. The versatile Baez also made a couple of the most exciting plays in the NLCS, stealing home during Chicago's victory in the opener and robbing Adrian Gonzalez of a hit with a terrific, bare-handed scoop in Game 5 on Thursday night.

Next up for Baez and the Cubs: the World Series against Francisco Lindor and the Indians, beginning Tuesday night in Cleveland. Baez and Lindor are part of a dynamic group of young players from Puerto Rico that also includes Houston shortstop Carlos Correa.

Baez "grew up in Puerto Rico, played a lot of baseball as a youth, played a lot of winter ball,'' manager Joe Maddon said. "He's been taught properly and well. And when he goes out there, man, you saw him before the game sitting on the bench, saw him waving into the camera. He's just being himself. I love that."

Lester, one of baseball's most accomplished playoff performers, went 1-0 with a 1.38 ERA in two starts against Los Angeles. He has allowed just two runs in 21 innings in three postseason games this year.

Lester's $155 million, six-year deal in December 2014 was a key moment in the Cubs' turnaround from also-ran to contender. The left-hander is a sure bet to get the ball in Game 1 against the Indians, He's looking to improve to 4-0 in four World Series starts after helping Boston win it all in 2007 and 2013.

The Cubs grabbed Baez with the ninth overall pick in the 2011 amateur draft. He made his major league debut in 2014 but really turned into a consistent force this year, batting .273 with 14 homers and 59 RBIs while playing several different positions.

After struggling for a while in his first year in Chicago, Lester went 19-5 with a 2.44 ERA in 32 starts this season. The 19 wins matched a career high.

"You're obviously going to feel more comfortable that second year as opposed to just getting thrown into that first year with a whole new atmosphere in front of you," Lester said before Game 1 of the NLCS. 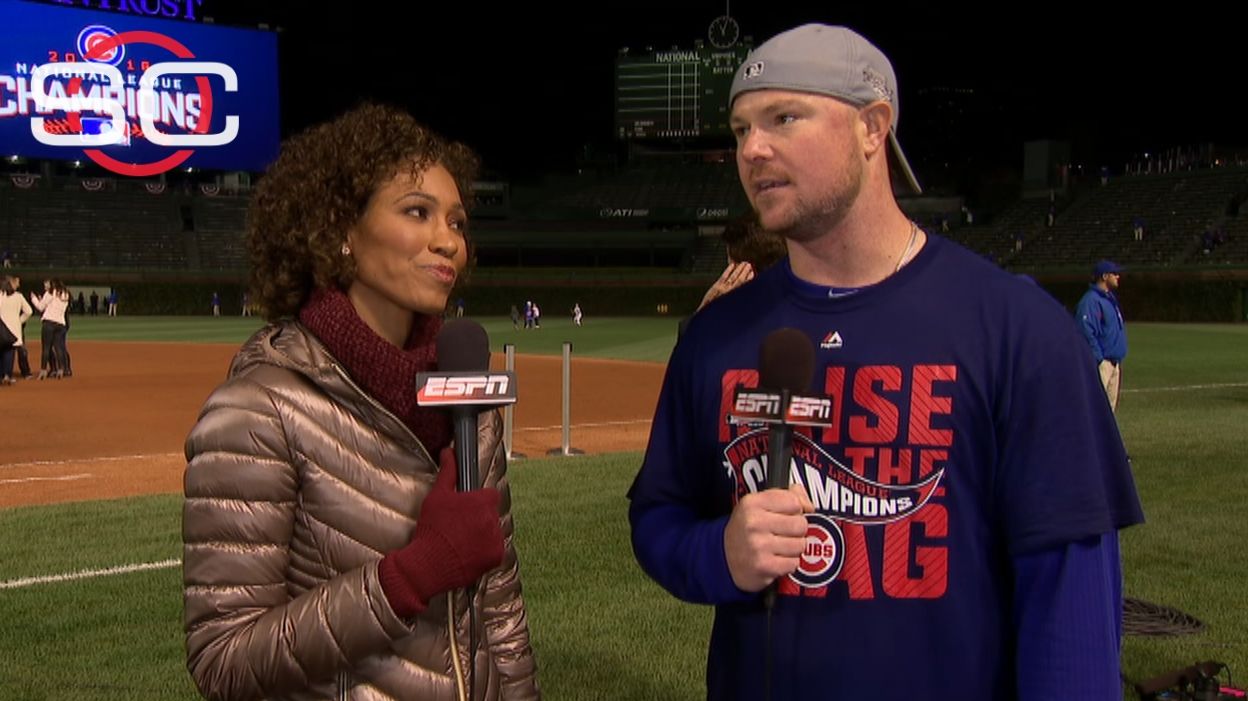