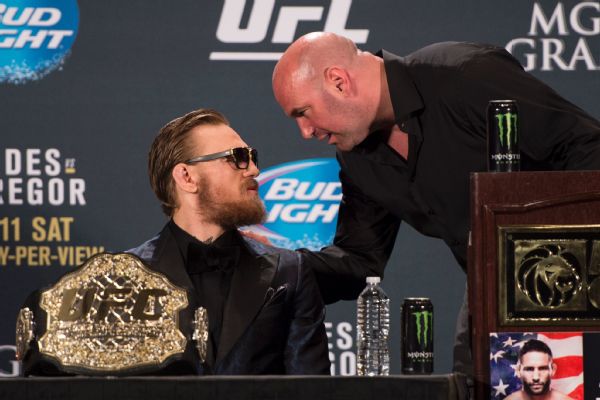 White, during Friday's appearance on The Herd, offered to pay $25 million apiece to Mayweather and McGregor for a presumed boxing match. He said the three parties would discuss pay-per-view splits.

White's offer comes two days after Mayweather said he would pay McGregor a $15 million base purse to meet him in the ring. White referred to the entire situation as "weird," but claimed he is the only person who could make the fight happen, since McGregor is currently under exclusive contract with the UFC.

Mayweather, when told of White's "real offer" by TMZ, responded with, "he's a f---ing comedian!"

A former world champion boxer in multiple weight classes, Mayweather (49-0) is unlikely to be moved by the offer. He made a guaranteed purse of $100 million to fight Manny Pacquiao in May 2015, in what remains the richest fight in boxing history. His most recent purse, to fight Andre Berto in September 2015, was a guaranteed $32 million.

McGregor (21-3) is the UFC lightweight champion. He hasn't fought since he won the UFC's 155-pound title by knocking out Eddie Alvarez at UFC 205 in November.

The 28-year-old Irish star is currently taking time off, as he's expecting the birth of his first child. He also has demanded a business meeting with the UFC's new ownership at entertainment agency WME-IMG.

White has gone on record saying that McGregor is not in the company's immediate plans, but he did say that in a potential bout with Mayweather, McGregor would be the bigger star.

"To think you're the 'A' side? How are you the 'A' side?" said White, referring to Mayweather. "The last major fight that you were in [against Pacquiao], you left such a bad taste in everybody's mouth that nobody wants to see you again.

"His last fight did 350,000 pay-per-view buys. Conor did 1.3 million and 1.5 million buys. So, I don't understand how you think you're the 'A' side. There's a reason you want this Conor McGregor fight so bad, because you know that's your money fight."

In December, ESPN reported McGregor had applied for and been granted a professional boxing license in the state of California. If McGregor did pursue a professional boxing match outside the UFC, he would likely require either the promotion's blessing or a successful challenge of his contractual status in court.

McGregor has publicly demanded $100 million for a boxing match against Mayweather. His highest disclosed purse in mixed martial arts is $3 million, which is the highest purse in MMA history. He makes additional bonus money off UFC pay-per-view sales.

It is currently unclear which athletic commissions would even sanction a boxing match between Mayweather, one of the greatest boxers of his generation, and McGregor, who would be making his professional debut.

White's offer gets him in the Floyd-Conor conversation
Brett Okamoto says UFC president Dana White's offer to Conor McGregor and Floyd Mayweather is interesting but ultimately doesn't believe it gets the fight closer to being made. 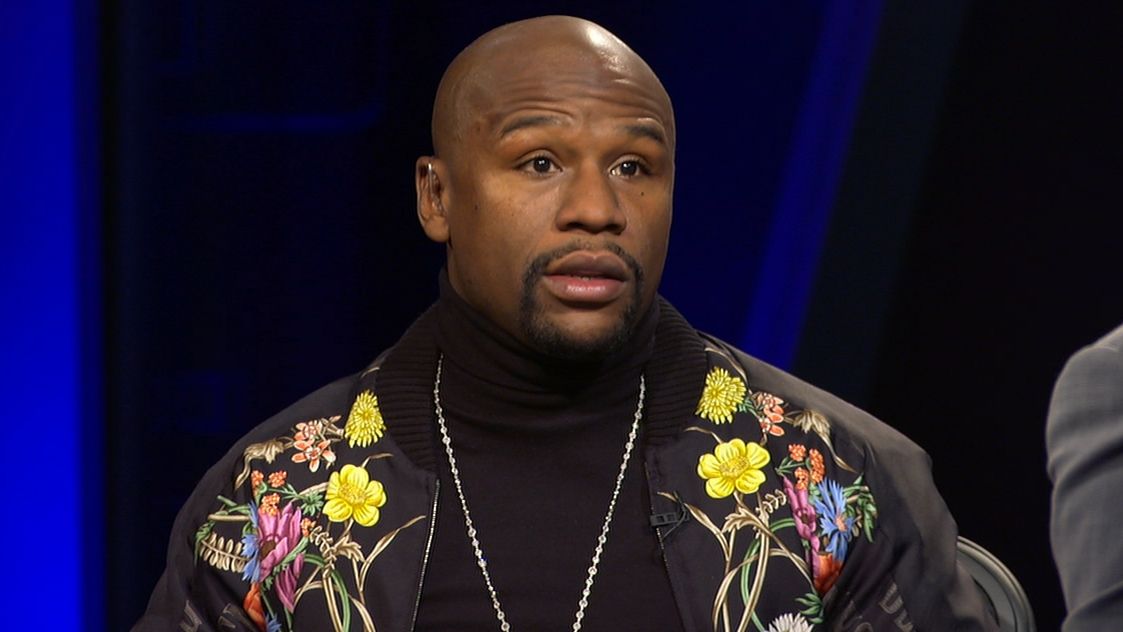