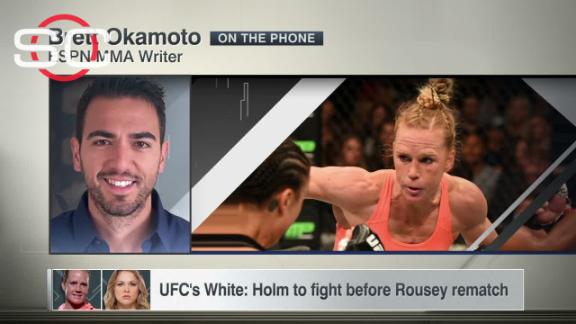 Holly Holm's first defense of the UFC bantamweight championship will not be against Ronda Rousey.

UFC president Dana White confirmed on UFC Tonight on Wednesday that Holm (10-0) will face another opponent before a potential rematch against Rousey later this year. White did not announce an opponent or date.

Holm, 34, knocked out Rousey (12-1) in the second round of a 135-pound championship fight on Nov. 14, handing Rousey her first loss. The UFC immediately expressed interest in a lucrative rematch between the two, probably at UFC 200 on July 9, but Holm, a former boxing world champion, expressed a desire to fight sooner.

An obvious opponent for Holm would be Miesha Tate (17-5). A former Strikeforce champion, Tate is on a four-fight winning streak and was promised a title shot against Rousey last summer, before the UFC abruptly changed course and announced a championship fight between Rousey and Holm.

The UFC has a previously announced pay-per-view date on March 5, a potential landing spot for Holm's defense. The UFC has not confirmed a location for that fight card.

Fighting out of Albuquerque, New Mexico, Holm signed a multiyear contract extension with the UFC last weekend in Las Vegas. She is 3-0 inside the Octagon.

Rousey, 28, recently agreed to host NBC's "Saturday Night Live" on Jan. 23 in New York. She has kept mostly quiet since the upset loss to Holm, although she did tell ESPN in an exclusive interview that the rematch "is what I want." 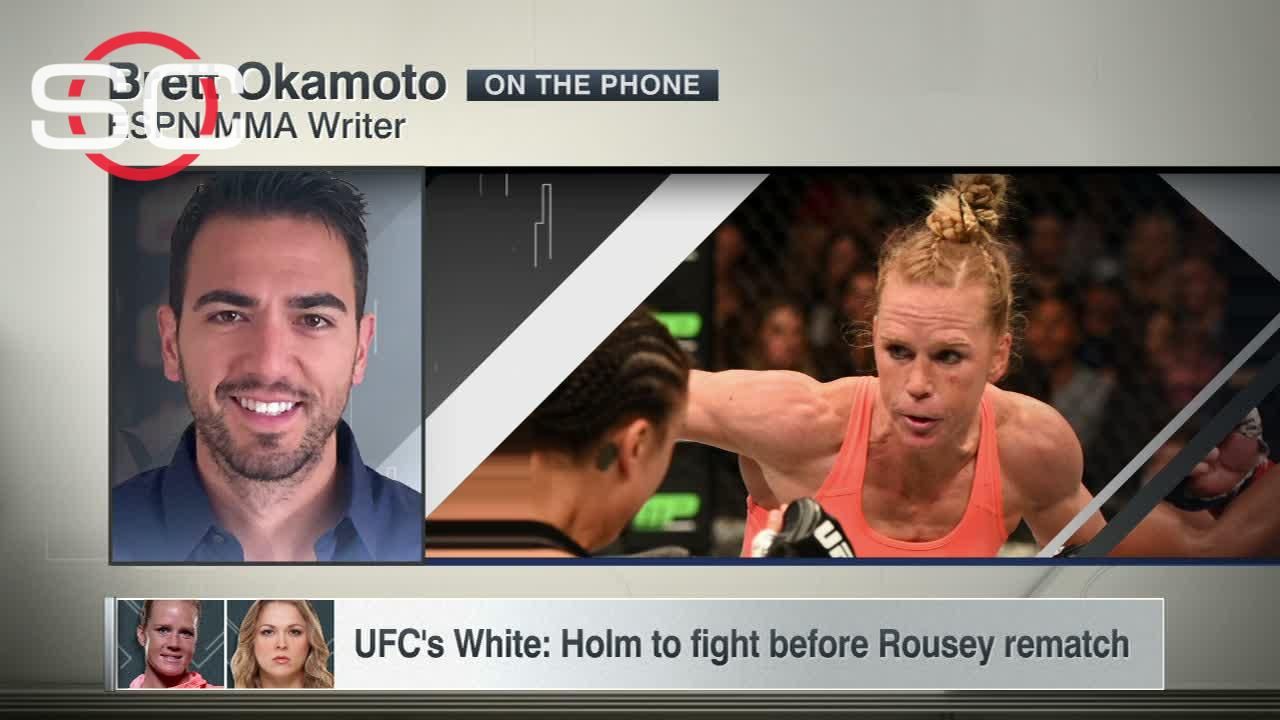 Holm to fight before Rousey rematch
ESPN MMA writer Brett Okamoto discusses why Holly Holm will be fighting again before a potential rematch with Ronda Rousey and who Holm's opponent might be.