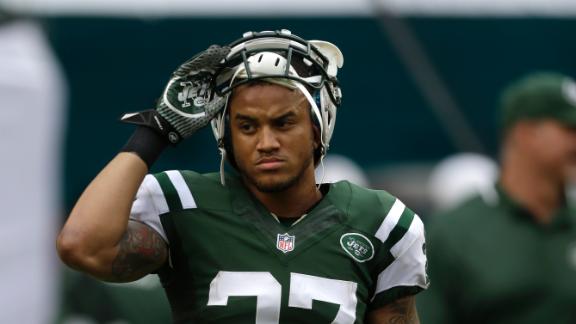 Dee Milliner's confidence evidently was not shaken by his inconsistent rookie season with the New York Jets.

Milliner, who will enter his second NFL season as the Jets' top cornerback, told the New York Daily News that he believes he is the league's best player at the position.

"The best corner in the league? Me," Milliner told the Daily News in an interview Saturday. "I ain't gonna say that somebody else is better than me."

A first-round draft pick who was benched multiple times last season, Milliner made positive strides down the stretch in 2013. He clearly feels that his late-season surge will carry over into 2014.

"I'm not going to say somebody that plays the same position is better than me," Milliner said. "Don't care if they've been in the league 10 years and I've been here five months. That's how it's going to go.

"I'm the best. I'm not going to say that another man that plays the same position ... and say he's better than me? I can't do that."

Milliner's lofty aspirations also include an eventual place in the Hall of Fame.

Milliner figures to be tested early and often in his second year, as the Jets will have to contend with some of the NFL's top wide receivers over the first two months of the season, including Calvin Johnson, Demaryius Thomas, Brandon Marshall and Jordy Nelson.

But Milliner said he is "not worried" about any expectations placed on him.

"They say the pressure is on, but I ain't worried about it," Milliner said. "I'm not worried about pressure. I go out there and do what I'm coached to do."

In December, Milliner was selected as the NFL's defensive rookie of the month after getting 27 tackles, three interceptions and 13 passes defensed. He was also the AFC's defensive player of the week after intercepting two passes in the season finale at Miami.

"I love the way he ended, but there's guys that never get on a field and nobody talks about them," Jets coach Rex Ryan told reporters Saturday. "Did he go through growing pains? Absolutely, but he was in the fire.

"So, right now, it's nothing to him. He's out there, let's go. And his teammates, believe me, they're definitely confident in Dee Milliner."