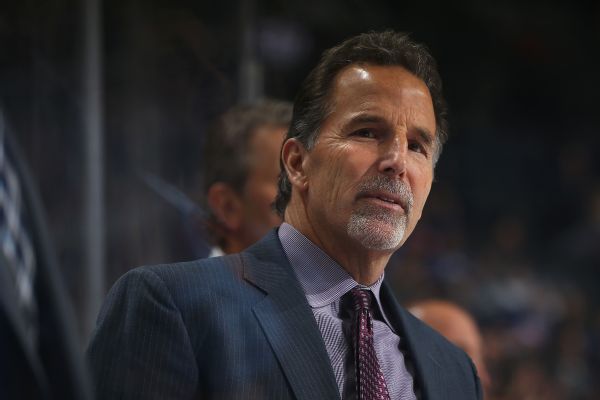 The pet's ailing health also is forcing Tortorella to miss the NHL's All-Star Weekend in Los Angeles, where he had been selected to serve as a coach for the Eastern Conference's Metropolitan Division.

The sick dog is a 10-year-old pit bull, Emma, who belongs to his son, Nick, who is a U.S. Army Ranger stationed abroad.

"I needed to see this through," Tortorella told The Columbus Dispatch, one day after announcing his absence would be due to a personal matter.

"I appreciate so much the number of messages I have received since the announcement," Tortorella said. "But this absolutely is not an emergency. I want to clear that up."

Tortella added: "I needed a few days during the All-Star break -- not having to go to the All-Star Game -- to take care of something very important to my family and my son."

Tortorella would have missed Thursday's game regardless, due to the NHL's All-Star Game attendance rule.

The Blue Jackets have a 32-12-4 record, earning Tortorella a spot behind the bench for Sunday's All-Star Game tournament.

Assistant coaches Brad Larsen and Brad Shaw coached the Blue Jackets in Thursday's loss. The NHL announced they would name a replacement for the All-Star festivities but nothing has been confirmed.