Duke and UNC provide thrilling reminder of a rivalry's power 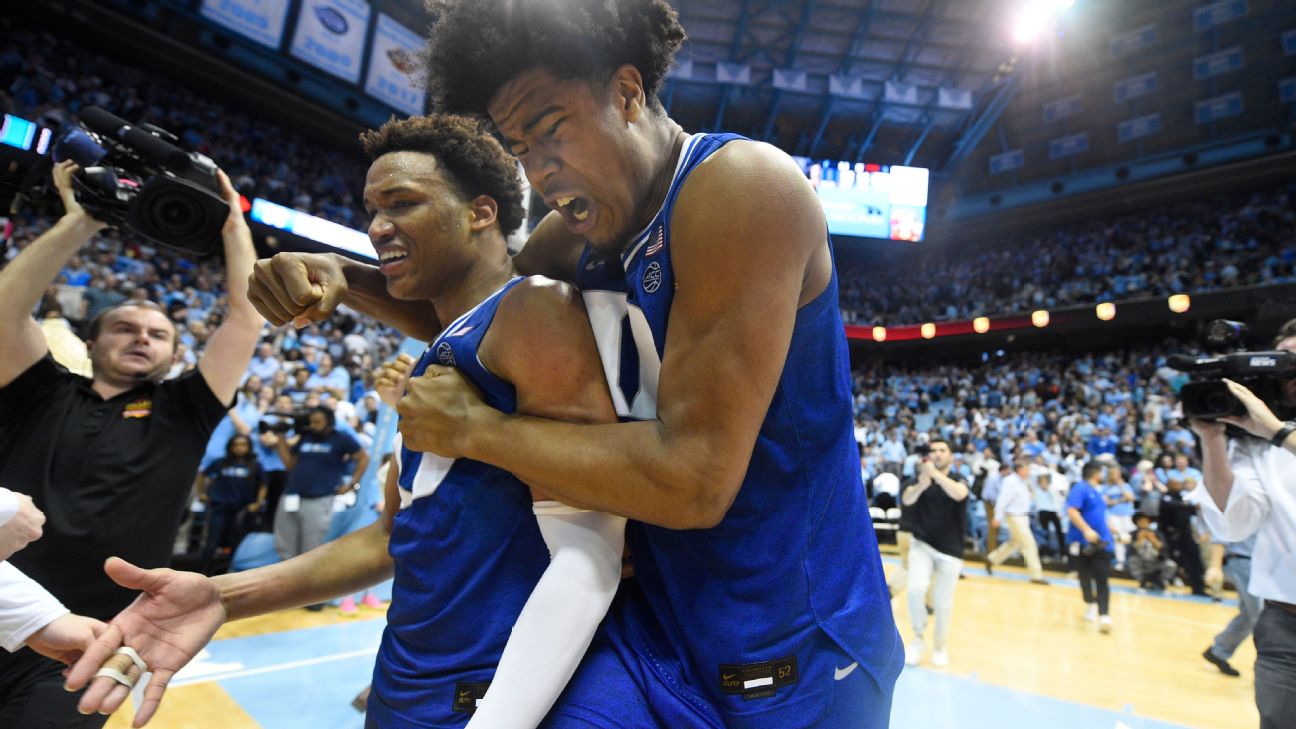 Duke and North Carolina might have played the game of the year, hours after it appeared that LSU and Auburn might have earned that distinction.

And Bob Knight returned to Indiana in a wild Saturday in college basketball.

On Saturday, the XFL made its second debut, a strong showing for a football league that has generated national buzz as it attempts to find a landing spot in the American sports landscape.

That's a fight college basketball has endured throughout the one-and-done era, with some years outperforming others.

Last season, the sport coasted to mainstream popularity with the assistance of Zion Williamson. This season, however, college basketball lacks the household names that often carry the sport to national prominence.

But Saturday's thrilling matchup between Duke and North Carolina demonstrated the value of rivalries, the perennial anchor for the sport. Even in a wild season, when it's not clear if college basketball boasts a great team, rivalries are the fallback to keep the sport interesting.

North Carolina had outplayed Duke throughout the game, but a late push by the Blue Devils in regulation forced overtime, where chaos ensued. A late no-call in Duke's favor led to a game-winning layup at the buzzer for Wendell Moore Jr., who was at the center of the no-call controversy. That will be the focus of the watercooler talk on Monday morning.

Rivalries are always an easy pitch in college basketball, even in years when the two teams aren't even.

Kansas-Kansas State wasn't much of a rivalry game due to the Wildcats' struggles, but the fireworks at the end of the first matchup became one of the biggest stories of the season. The two teams will face off again in Manhattan, Kansas, in three weeks. Kentucky and Louisville put on a show and fought through overtime in December. Isaiah Livers returned from injury to score 14 points in Michigan's win over rival Michigan State in Ann Arbor on Saturday.

Rivalries are reliable in college basketball.

The sport needed a boost and UNC-Duke provided that, despite 2019-20 being a tough season for the Tar Heels. Cole Anthony (24 points) and Tre Jones (28 points) battled in what has to be the game of the season thus far.

For the first time in 20 years, Knight returned to Indiana's Assembly Hall. The emotional moment on Saturday seemed to impact everyone gathered in the building, including the former Hoosiers such as Isiah Thomaswho'd traveled to participate in the reunion.

It was clear that the polarizing and controversial coach who led Indiana to its greatest heights still enjoys mythic status among Hoosiers fans. But the moment also highlighted another reality: Indiana is still searching for Knight's true replacement.

After a late rally, the Hoosiers couldn't complete the eventful afternoon with a victory over rival Purdue. The 74-62 loss did not help Indiana's bubble-worthy résumé. Twitter critics questioned Archie Miller's future, but his hefty buyout and the young talent he's still developing on this roster should give him more time in Bloomington. But Indiana has yet to identify a successor who can replicate the consistent success Knight enjoyed as he led the program to 11 Big Ten titles and three national championships. Perhaps that's an unrealistic expectation, but at a school such as Indiana, competing with the best teams in America is not.

Saturday's reception for Knight emphasized the comparison every Indiana coach will endure. Knight's presence remains. And Saturday highlighted the connection between the Indiana community and its former coach, while also magnifying the hunger for another run like those the larger-than-life figure produced.

LSU and Auburn stage game of the year candidate

If North Carolina and Duke hadn't played one of the rivalry's best games in recent memory, then we'd probably be talking about Auburn's win over LSU right now as game of the year.

Here's what happened from there:J'Von McCormick, a senior guard -- he happened. He made three consecutive shots from beyond the arc before setting up the game-tying layup with an assist to Samir Doughty that forced overtime. Then, in overtime, McCormick hit a game-winning floater in a back-and-forth final chapter for the two programs.

Mays finished with 30 points and McCormick had 29 points.

It was a wild game that felt more like an NCAA tournament matchup.

3 things for the coming days

In the first matchup between Marquette and Butler, Markus Howard finished with 26 points and Kamar Baldwin recorded 31 points in an 89-85 overtime win for the Bulldogs. They'll meet again Sunday, this time in Milwaukee. Each has a chance to go 7-4 in the Big East, which would place the winner in a three-way tie for second place. Both hope to pad their NCAA tournament résumés too. During Saturday's in-season bracket reveal, Butler was listed as a 4-seed. It's an important game.

The game between Houston and Wichita State on Sunday features high stakes for both teams. Gregg Marshall's squad is trying to stop a slide after a 2-4 record over its past six games, while Houston hopes to maintain a slice of first place. The Cougars entered Sunday's matchup tied with Cincinnati atop the American Athletic Conference standings.

But the real story is the return of DeJon Jarreau, who was suspended for one game after biting Cincinnati'sMamoudou Diarrain a scramble for a loose ball. Jarreau did not play in Thursday's 75-62 win over Tulane, but he's set to return for Sunday's game against the Shockers.

He'll have the support of the home crowd for his return. The road, however, won't offer the same comfort.

Duke won't have a lot of time to catch its breath.

Two days after Saturday's 98-96 win over North Carolina, the Blue Devils will host Florida State. Mike Krzyzewski's and Leonard Hamilton's respective squads are tied for second place in the ACC.

Plus, this is their only matchup this season. Duke lost its lone matchup to Louisville, the league's leader entering the week, last month. Duke (2, East) and Florida State (3, Midwest) were both included in the men's basketball selection committee's first in-season bracket reveal Saturday. 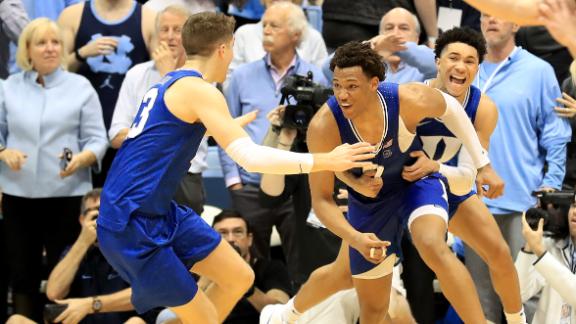 Duke pulls off two miracles in OT win over UNC
Duke battles back in both regulation and overtime, capped off by a Wendell Moore Jr. buzzer-beater to top North Carolina 98-96. 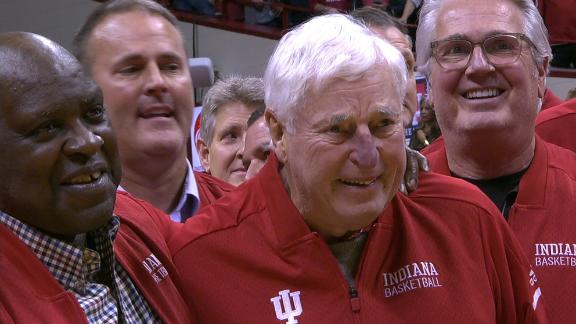 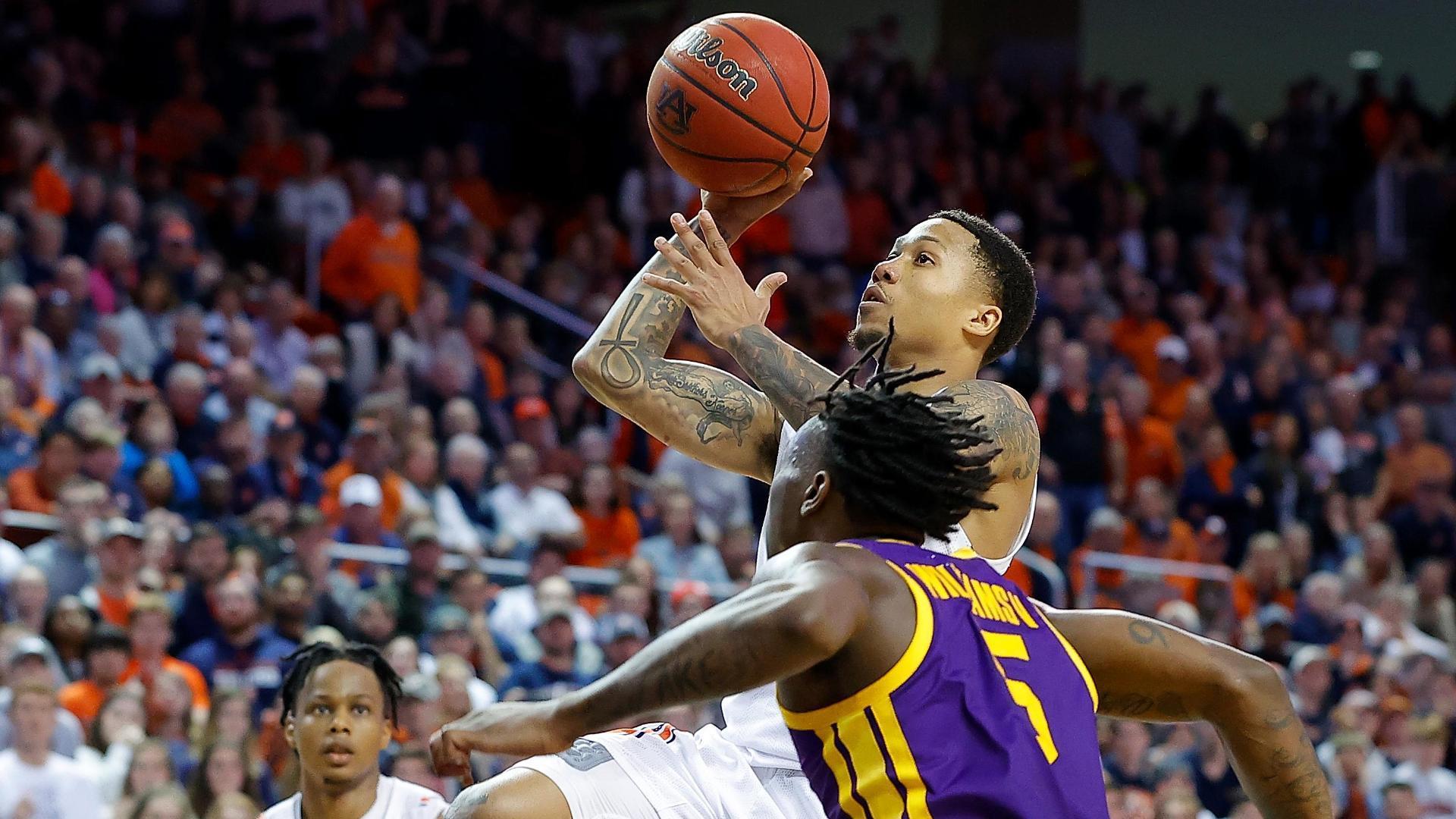