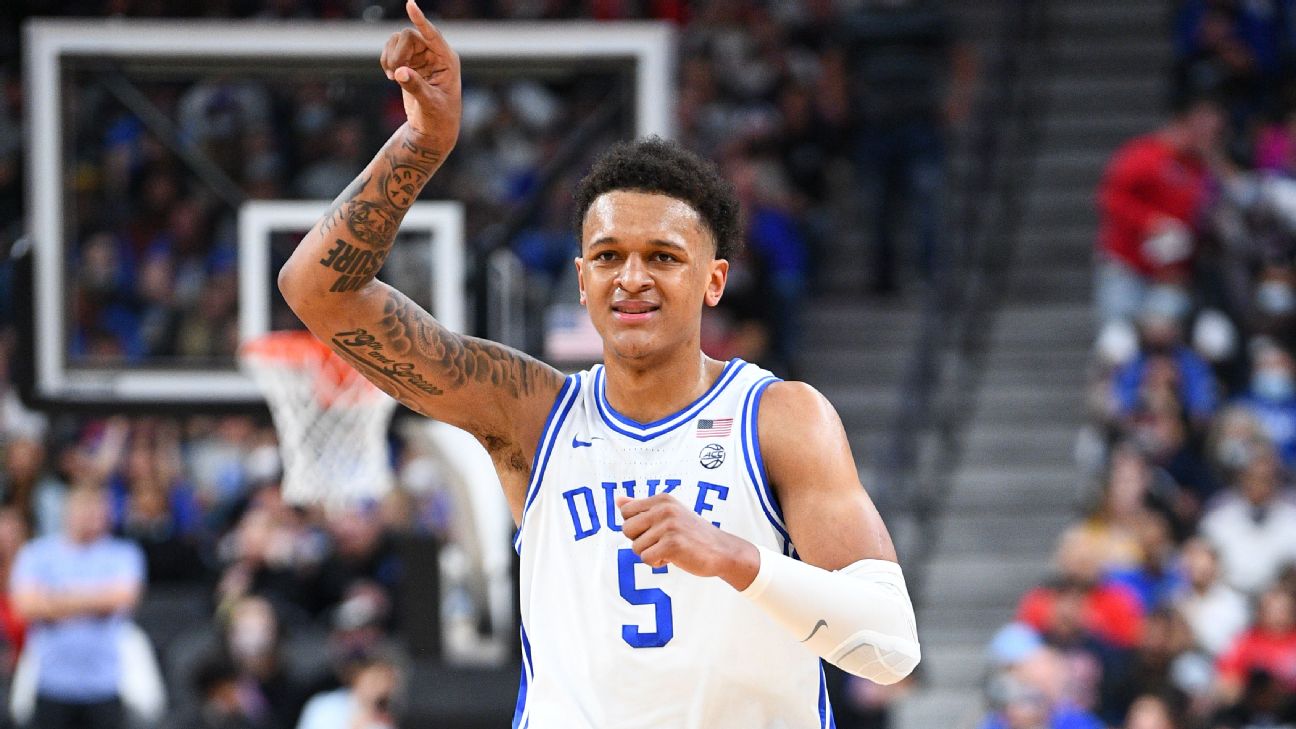 The Blue Devils jumped four spots to the top of Monday's poll following a win against Gonzagathat knocked the Bulldogs from the top spot. That adds to a record haul of top rankings both for the Duke program and for Krzyzewski, who is set to retire after the season.

Duke (7-0) reloaded with a top-tier recruiting class featuring 6-foot-10 star Paolo Banchero and is back among the nation's elite.

When the Blue Devils visit Ohio Stateon Tuesday in the ACC/Big Ten Challenge, it will mark Duke's 255th game as a top-ranked team under Krzyzewski compared with 161 games as an unranked team.

"It's not about me -- it's about us," Krzyzewski said after Friday night's win against Gonzaga in Las Vegas. "This is our moment together, not my moment."

No. 2 Purdueearned nine first-place votes and moved up a spot behind Duke in a reshuffled poll that saw no team hold its spot from the previous week and three new teams join the rankings. It is the Boilermakers' highest ranking since last reaching No. 2 late in the 1987-88 season.

Gonzaga fell to third, while reigning national champion Baylorrose two spots to No. 4 after winning the Battle 4 Atlantis in the Bahamas. UCLA fell three spots to No. 5 after a 20-point loss to Gonzaga last week, while Villanova, Texas, Kansas, Kentuckyand Arkansasround out the top 10.

Floridamade the week's biggest jump by climbing nine spots to No. 14 after beating California, Ohio State and Troylast week.

No. 11 Arizonaand No. 12 BYU each rose six spots, with the Wildcats making a rapid climb under first-year coach Tommy Lloyd after making their poll debut only a week ago.


No. 17 UConnalso made a significant jump of five spots after finishing third at the Battle 4 Atlantis, which included a wild 115-109, double-overtime win against a ranked Auburnteam.

Memphishad the week's biggest tumble, sliding nine spots to No. 18 after losing to now-ranked Iowa Stateby 19 in the NIT Season Tip-Off championship game. No. 16 Alabamafell six spots, while No. 8 Kansas -- which lost to Daytonon a last-second shot -- No. 24 Michiganand No. 25 Seton Hallfell four spots.

In all, nine teams fell in this week's poll.

Iowa State's poll debut at No. 19 is part of a fast start for the Cyclones under coach T.J. Otzelberger, who took over a program coming off a two-win season that included going 0-18 in Big 12 play.

No. 22 Michigan Statejoined the poll after beating UConn on the way to the Battle 4 Atlantis championship game, while Wisconsinjumped in at No. 23 after winning the relocated Maui Invitational in Las Vegas.

The Southeastern Conference leads the way with six ranked teams, while Duke is the only ranked team from the Atlantic Coast Conference. 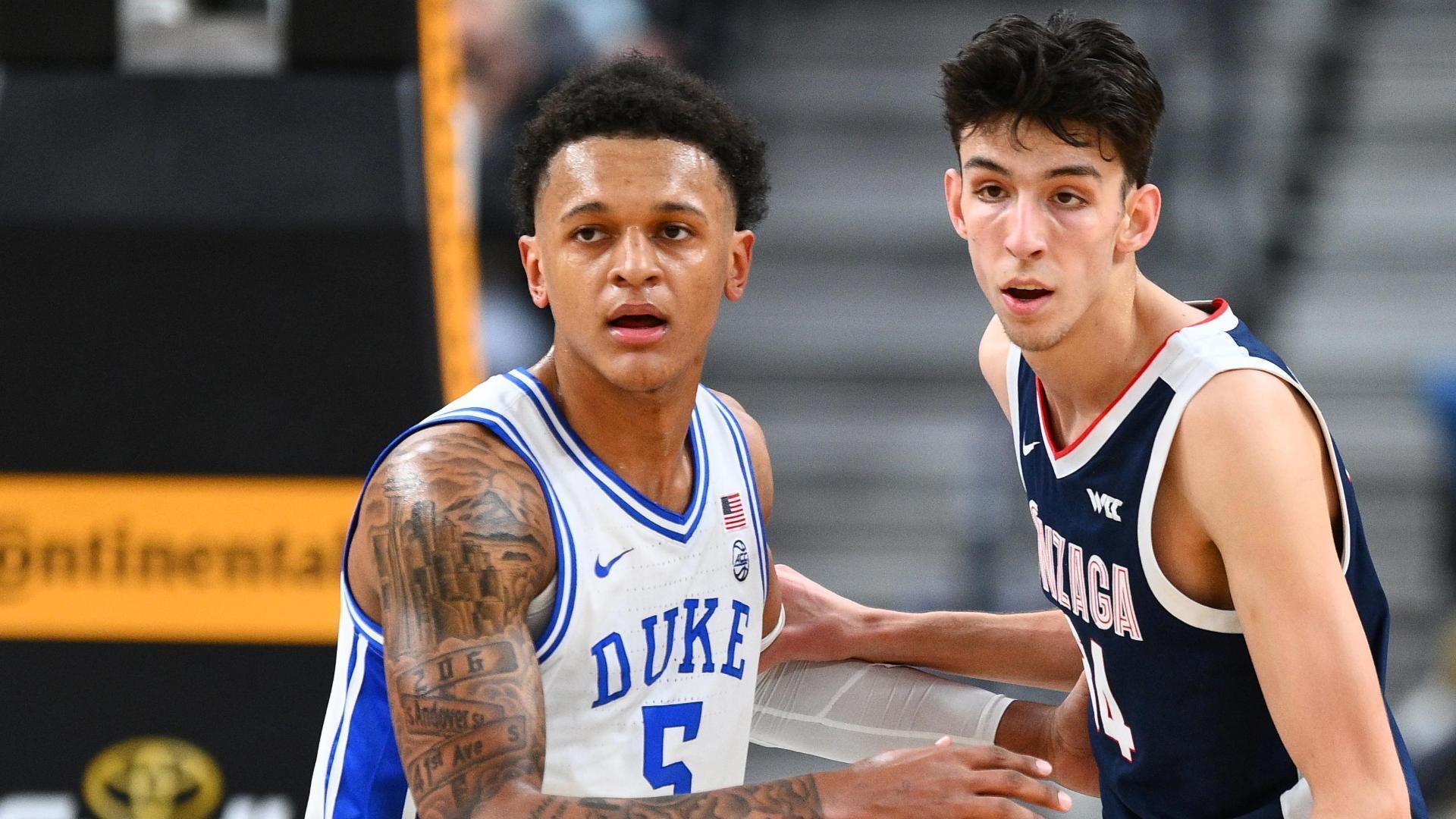