CHARLOTTE (WTVD) -- You surely need more than just a quarterback to win in college football, but having a potential star at that position goes a LONG way towards giving you a much better chance at success. To that end - Duke's chances at a rebound season lean heavily on soph QB Daniel Jones.

One of just a handful of returning QBs in the league - Jones checks all the boxes - physique, skill set and mentality. There were rough spots last year, a 5 INT game most dramatically, but Jones said today that learning from those mistakes and being able to avoid repeating the errors is what's given him the biggest boost of confidence. That and the unwavering support of David Cutcliffe. Cut called Jones a "special talent" today in Charlotte and he would obviously know one when he sees it.

Jones is the farthest thing from an incandescent personality in public and Cut said that's not too far removed from his persona with the team either. He did add though that he's seen a "different Daniel" this year on the leadership front. He's never going to be a rah-rah leader, but Cut smiled in saying that "sometimes a quiet confidence can be the deadliest confidence".

However you shake it, 4-8 won't cut it again this year. The Coastal is once again wide open, and Cut's Blue Devils are firm believers that they have as much right and potential to take down another Coastal title as anyone else. "This is the deepest and most talented team we've had at Duke, yet." Those are pretty clear words from David Cutcliffe. Soon we'll see if he's right.

As an aside -- cornerback Bryon Fields wore his 2013 Coastal Division Champions ring to Charlotte. He told me he doesn't wear it often, but was hoping people would see it. He says it helps him remember what the Devils are capable of and what it'll take to get there again. 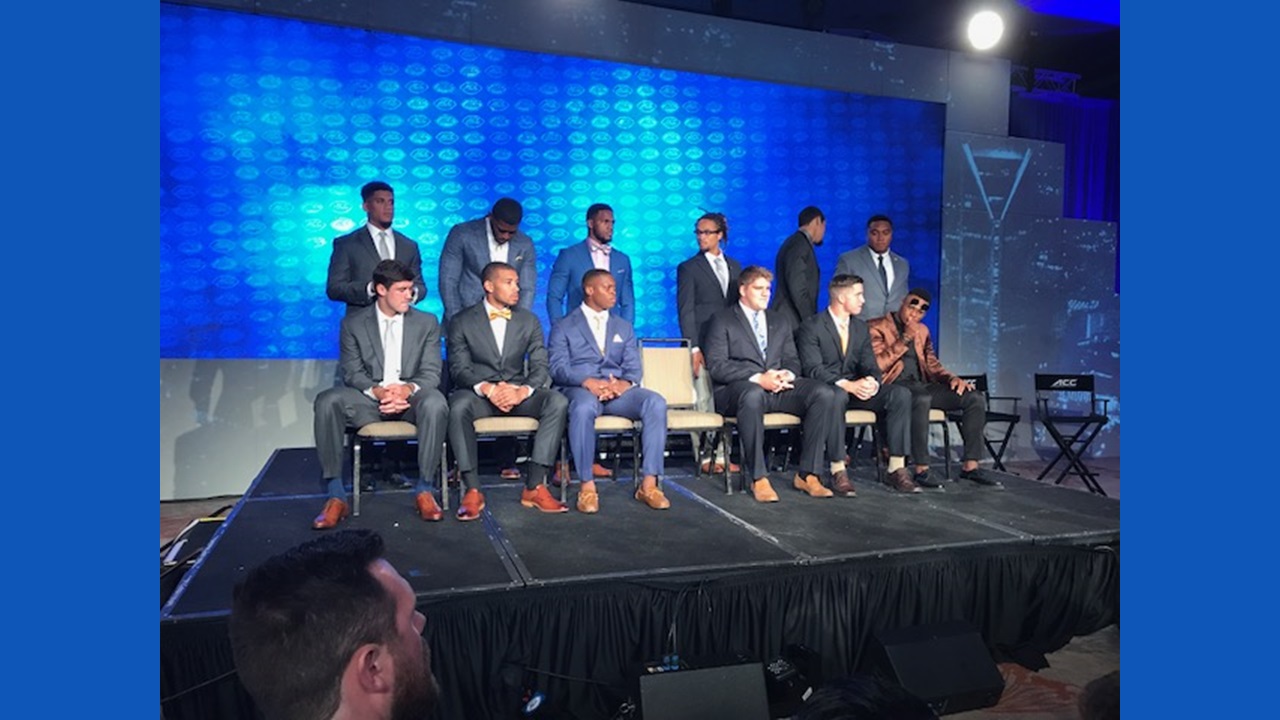 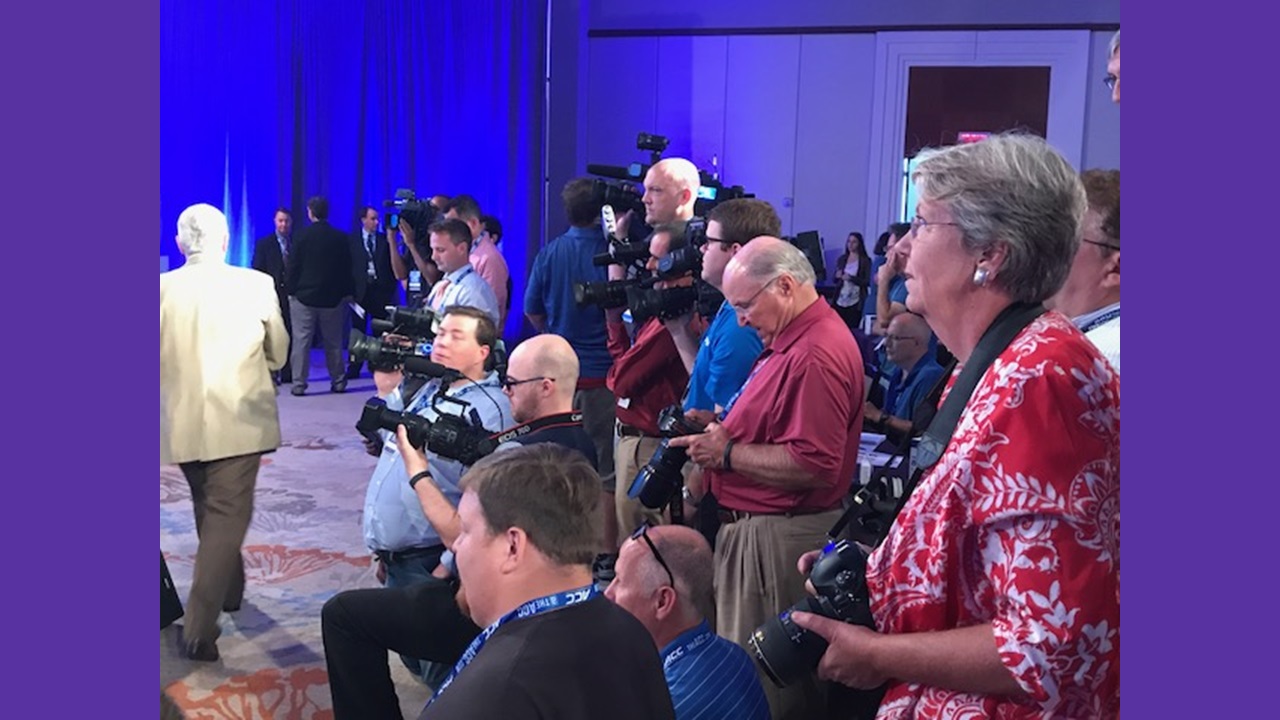 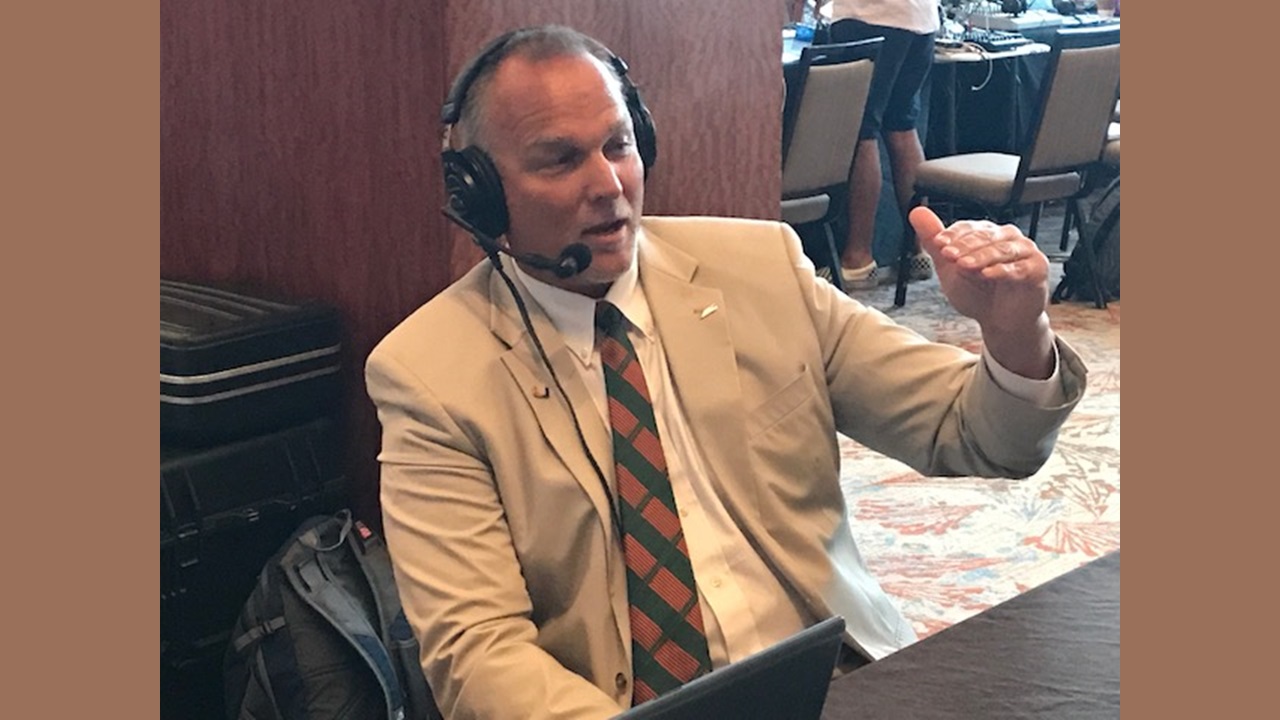 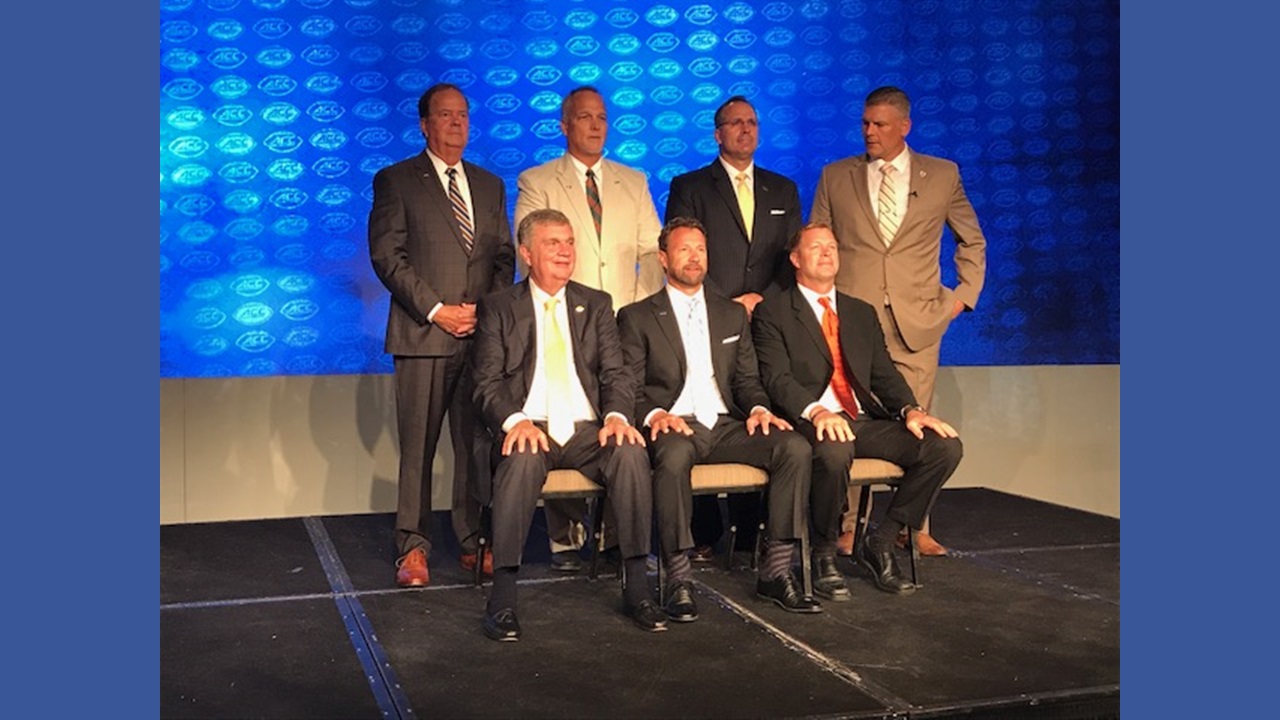 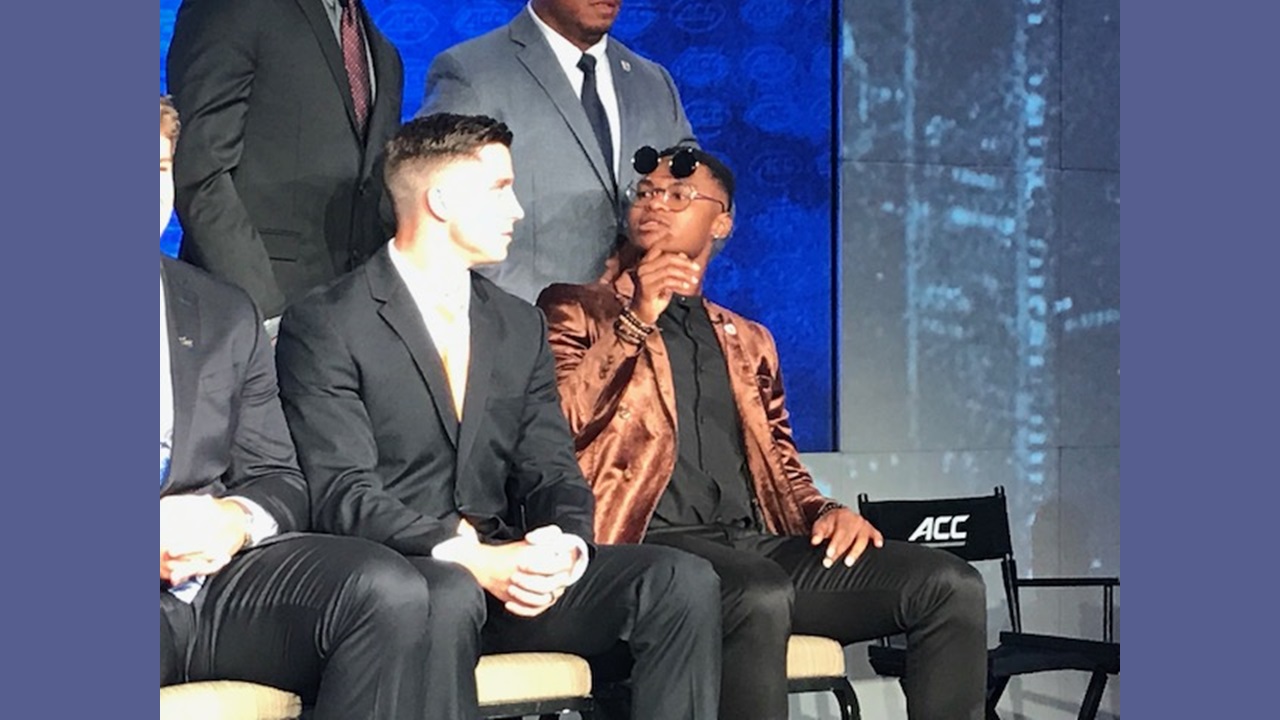 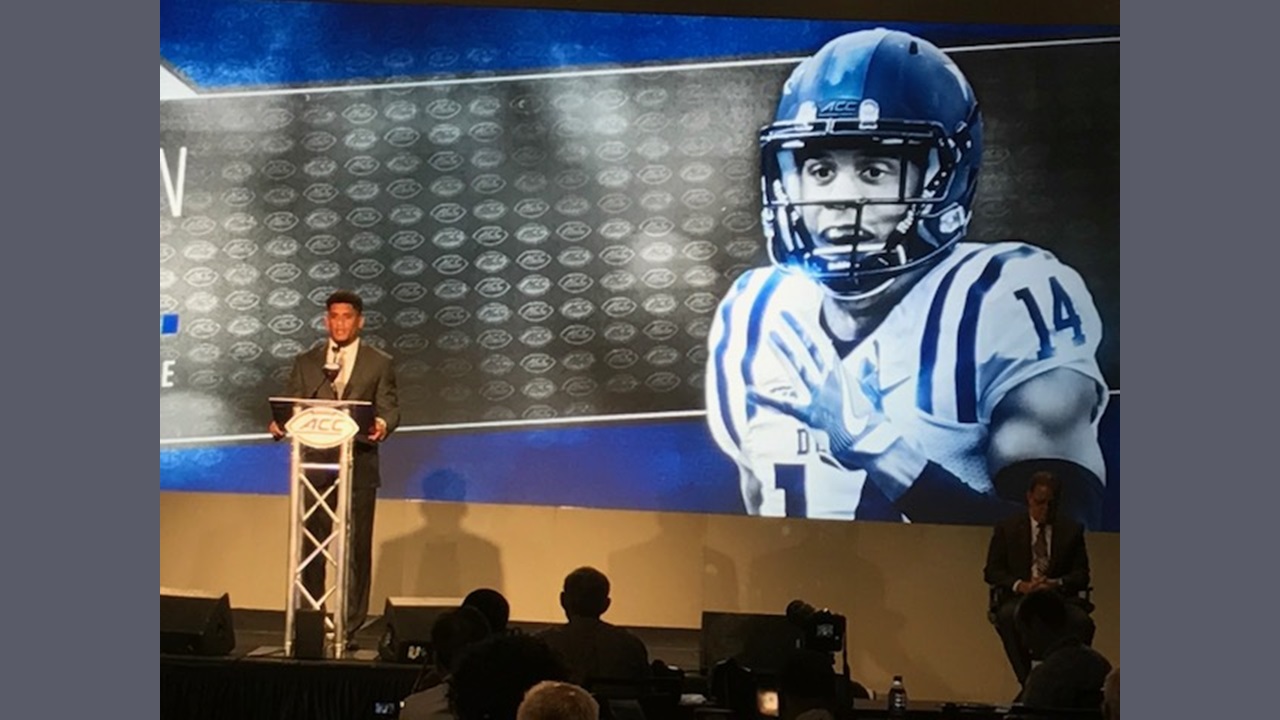 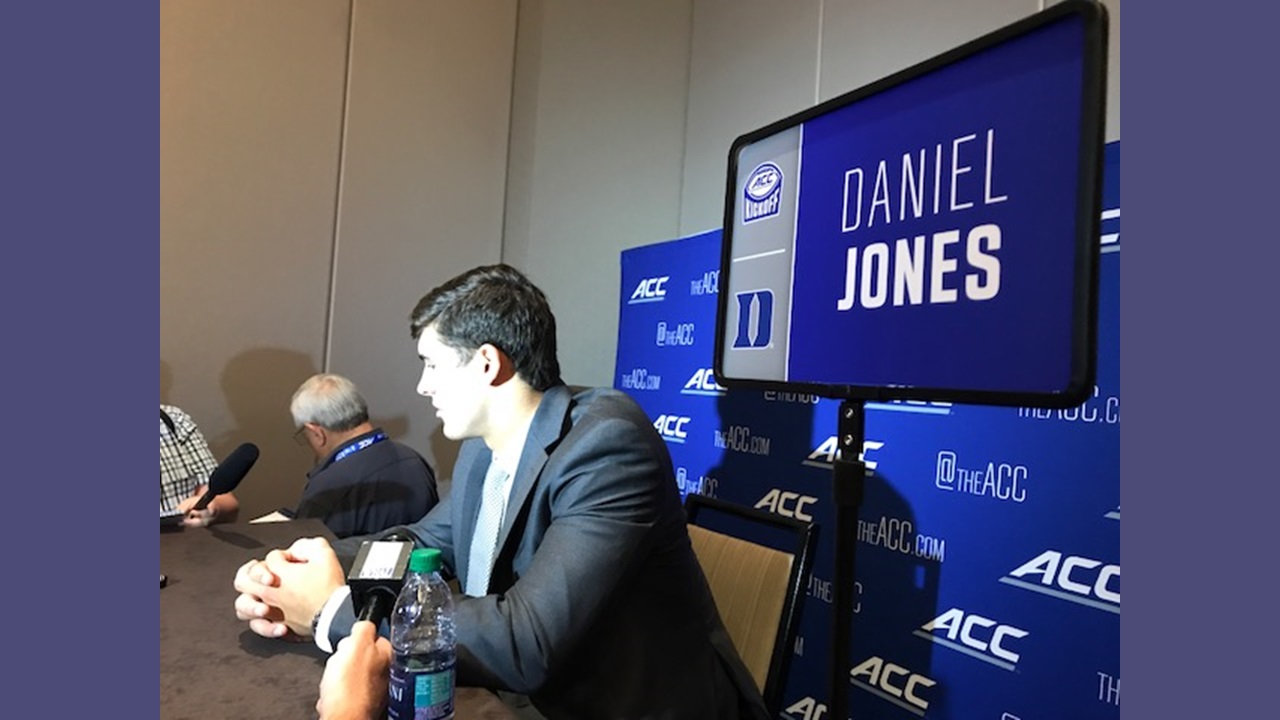 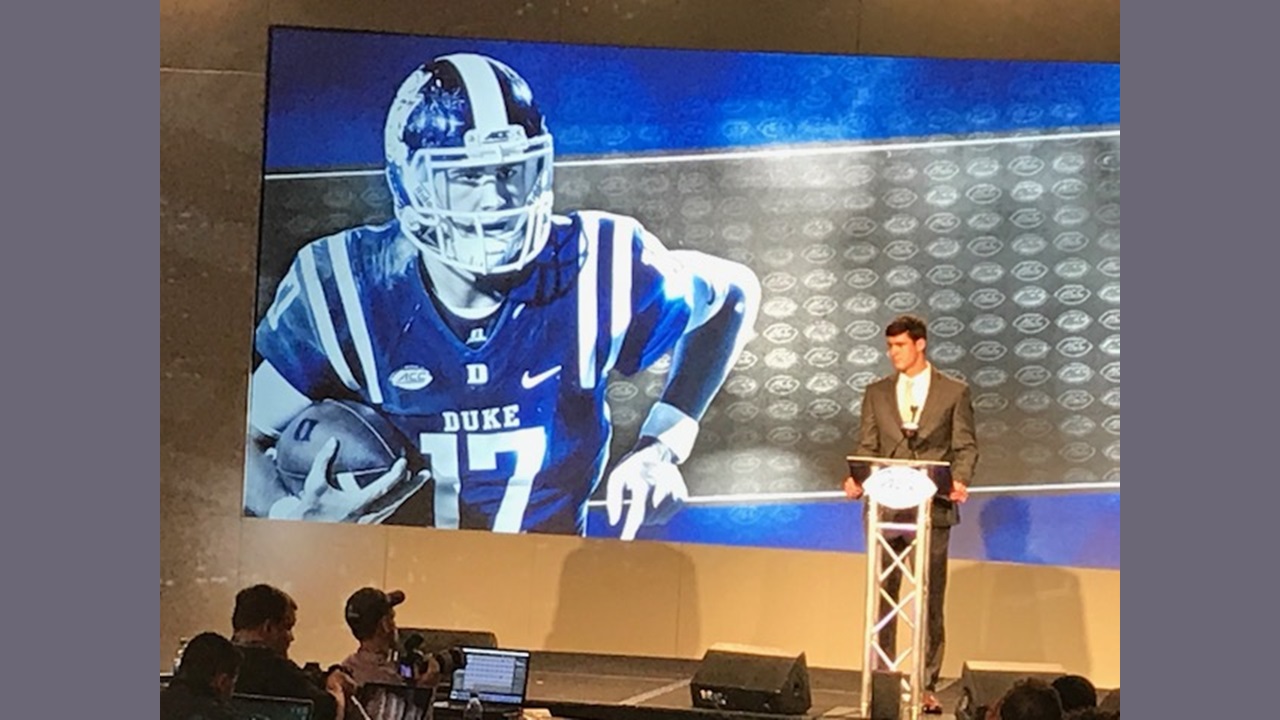 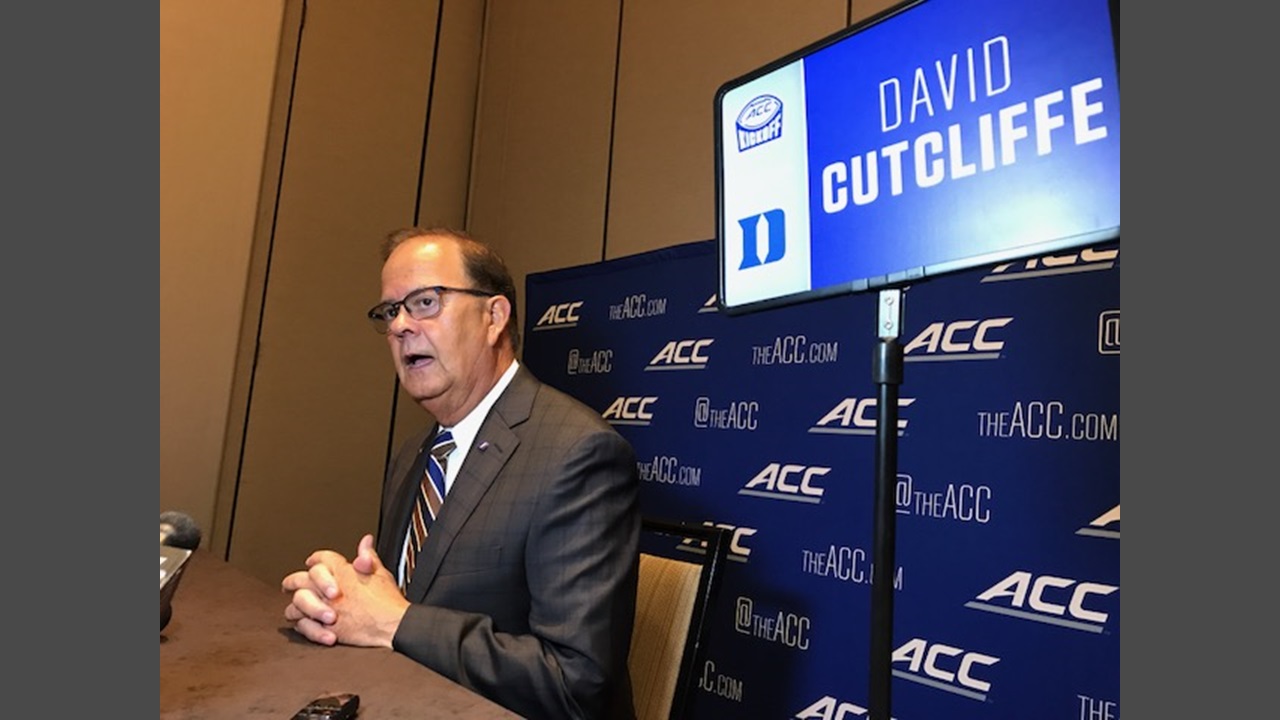 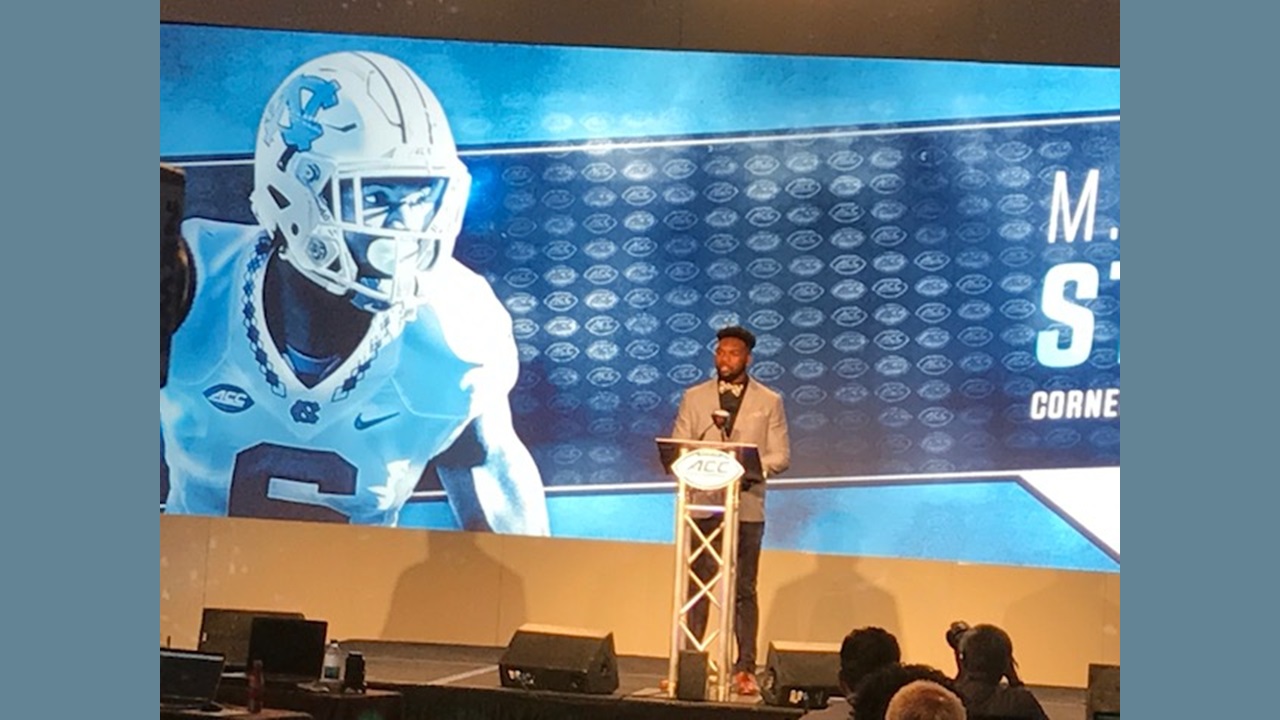 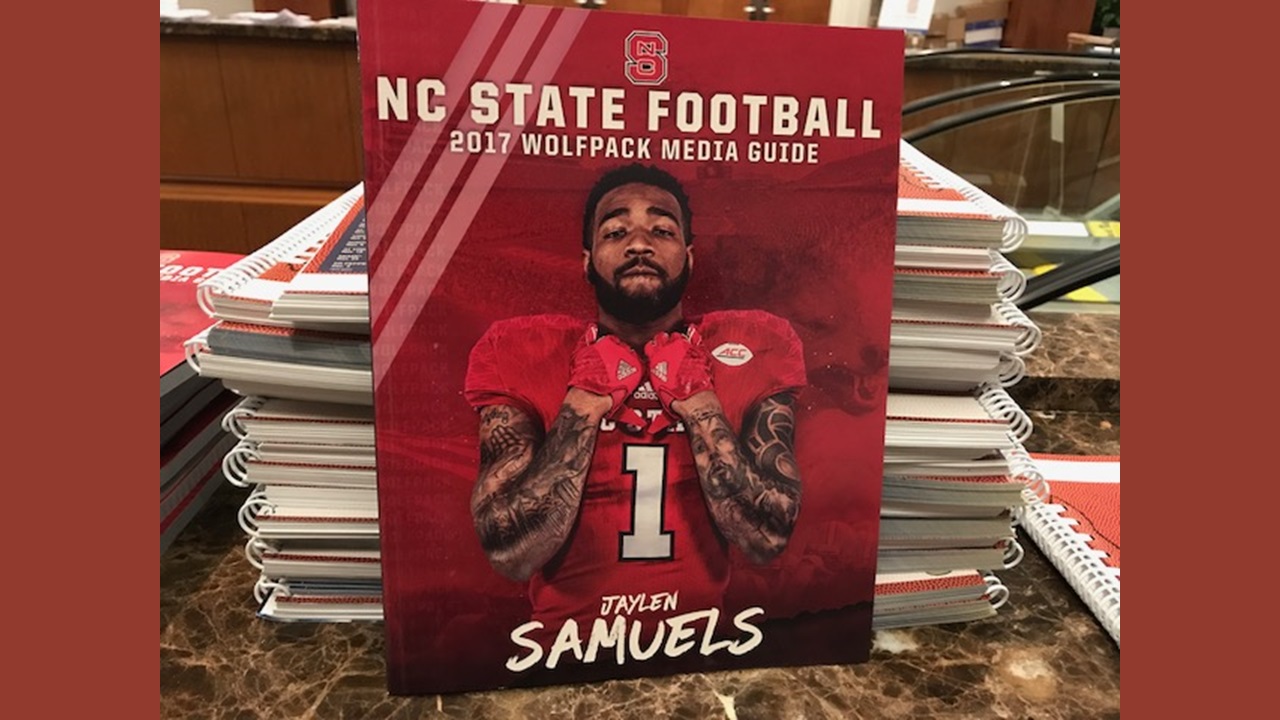 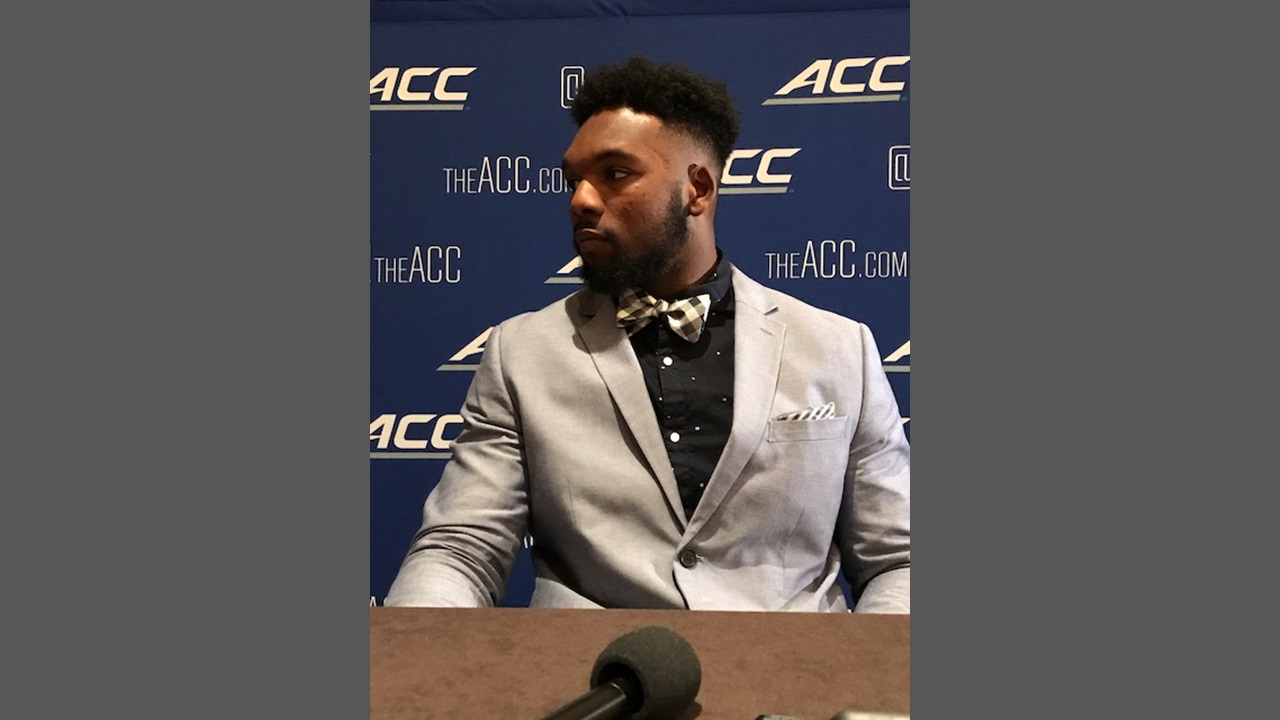 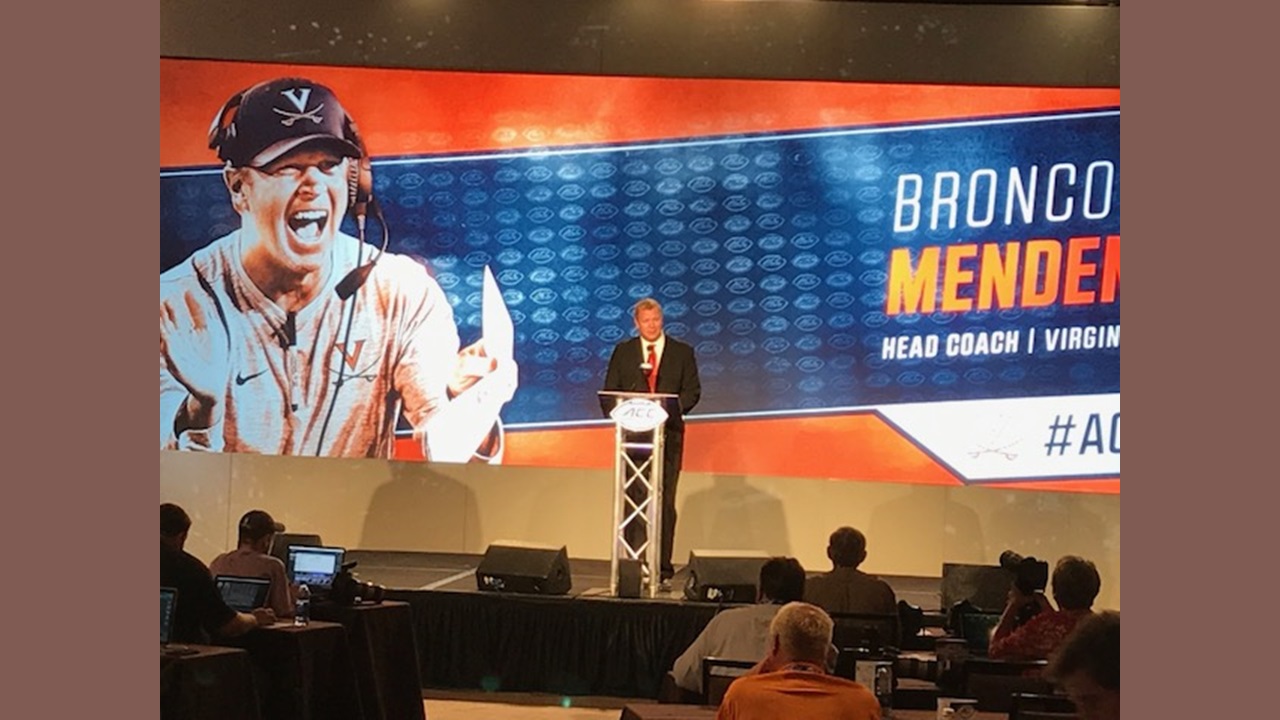 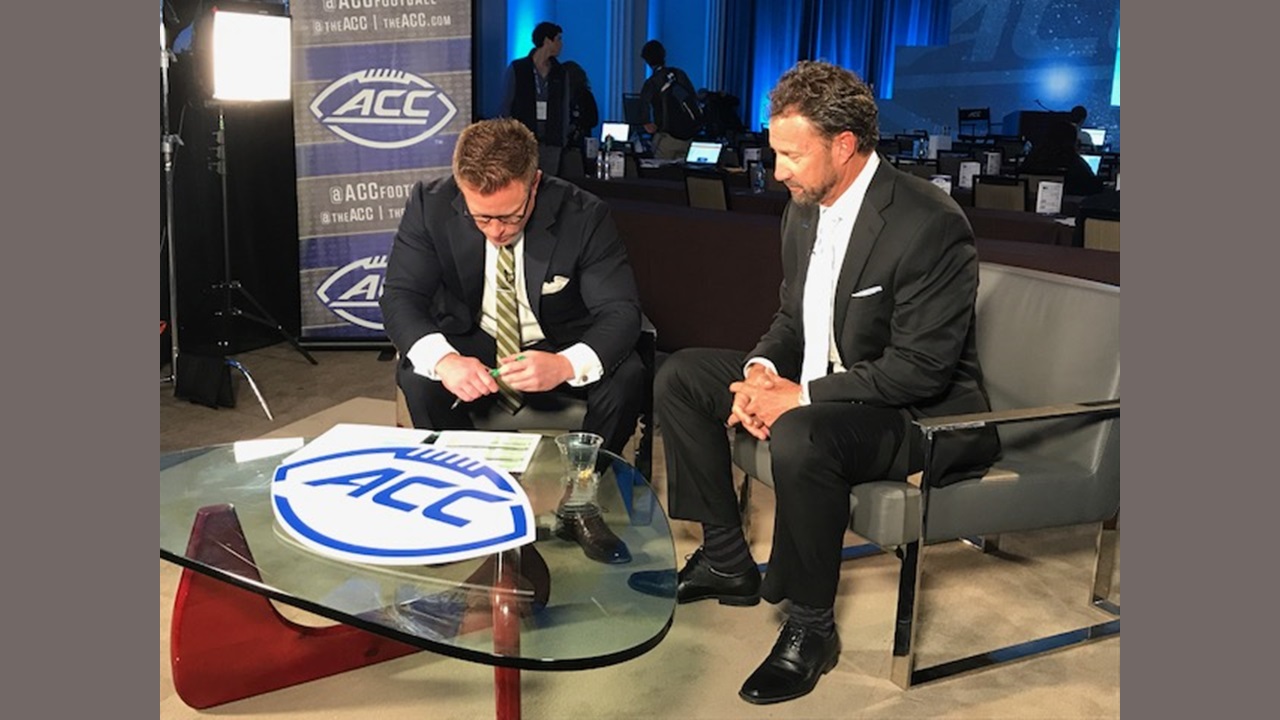 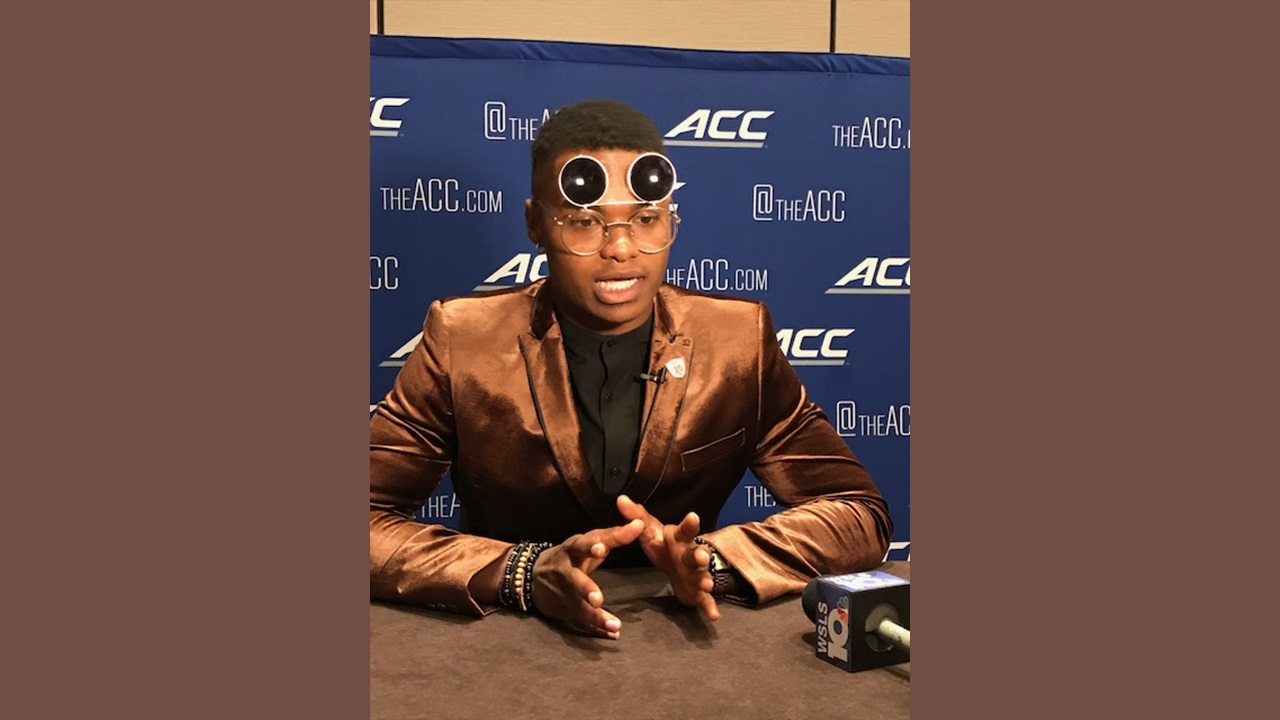 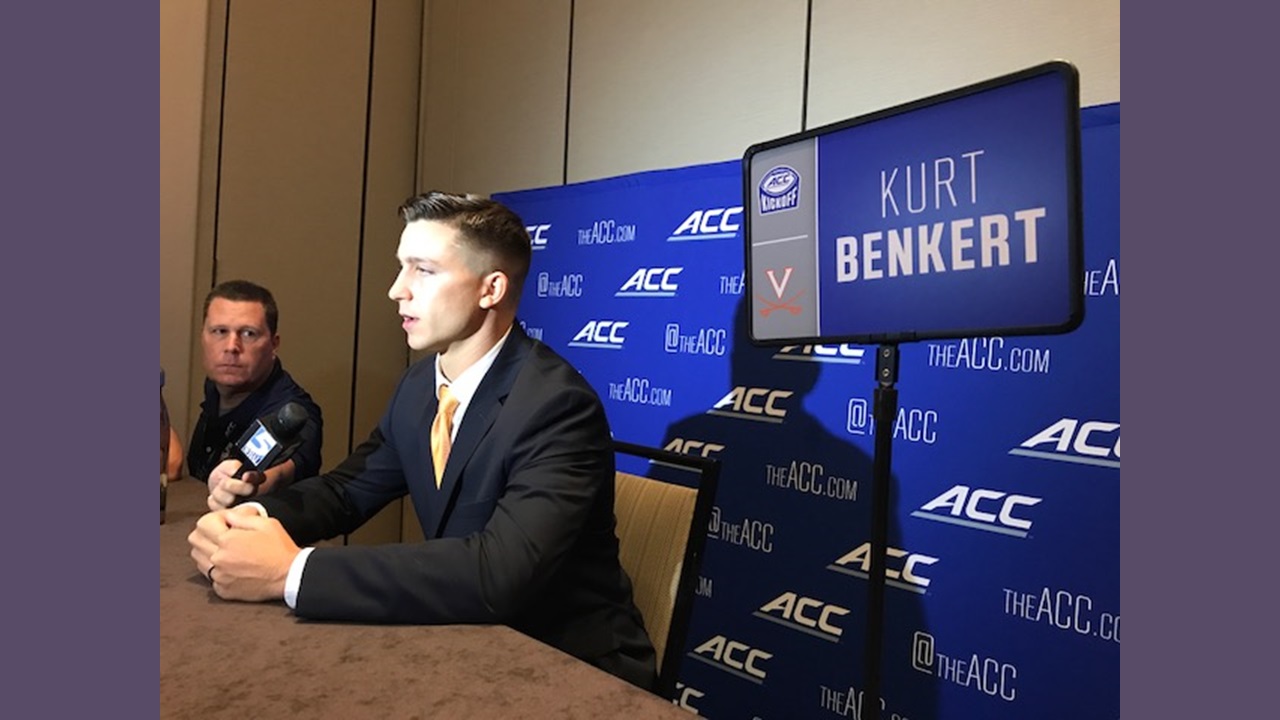 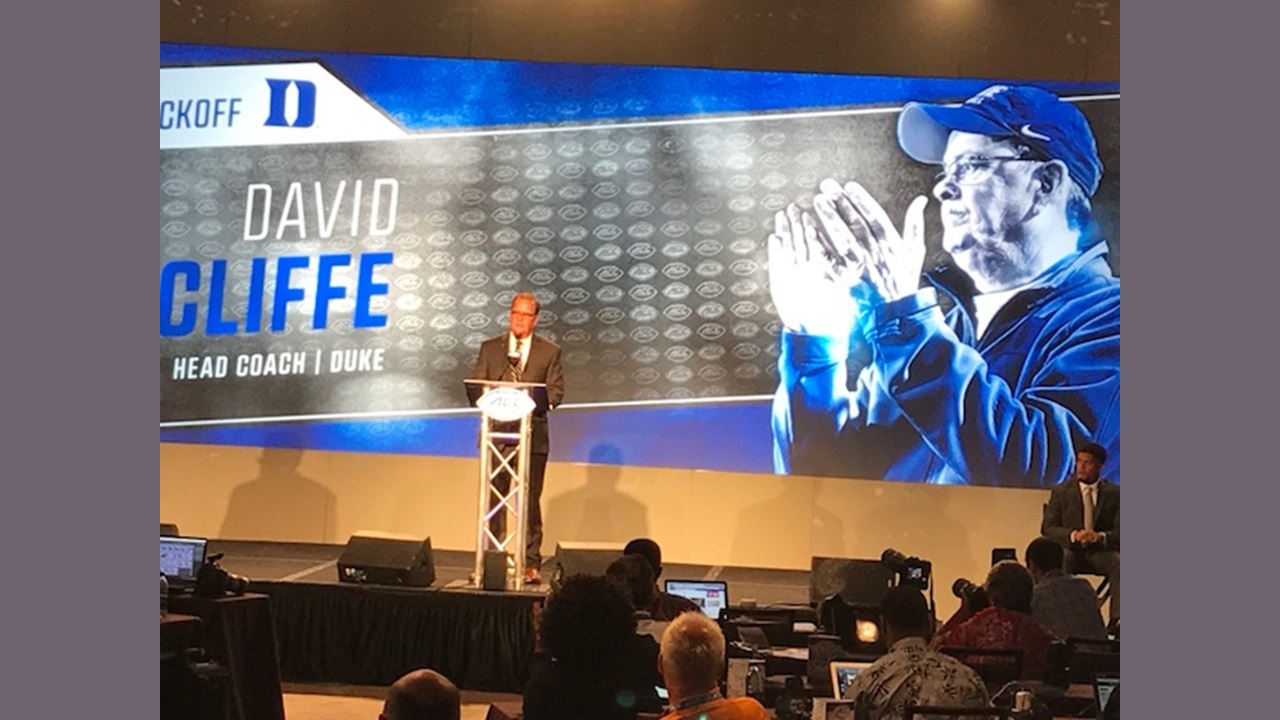 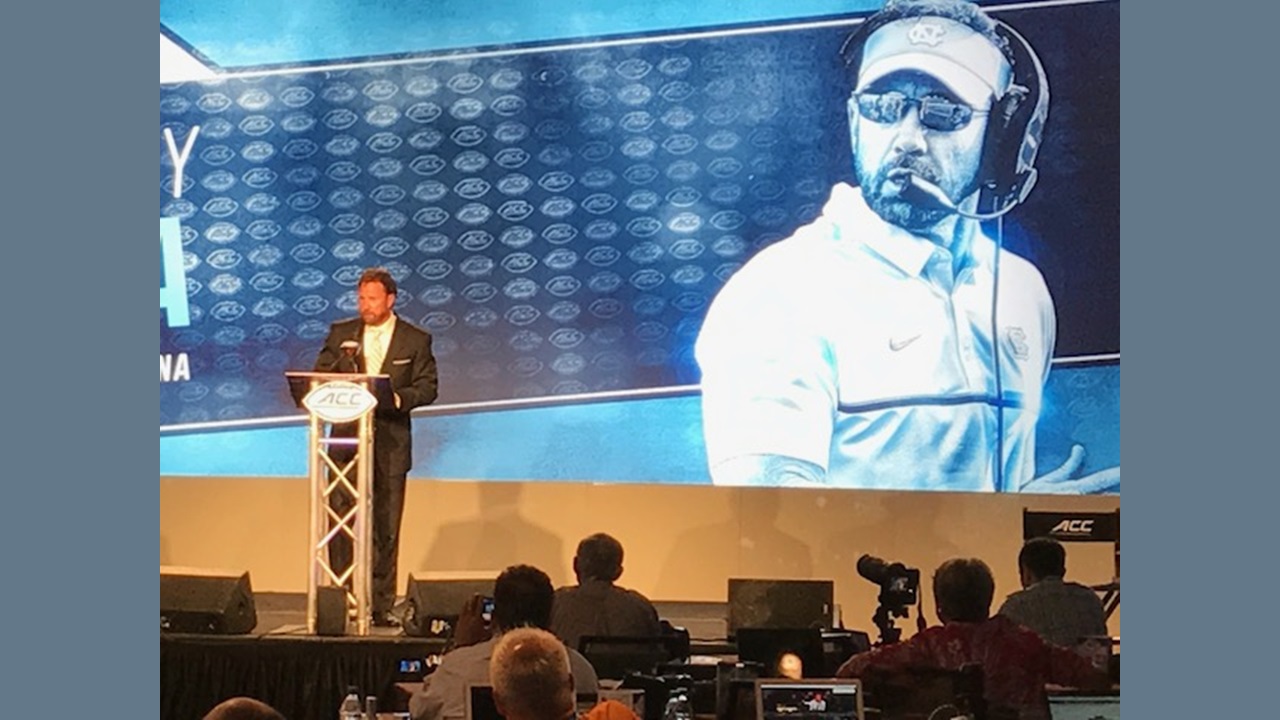