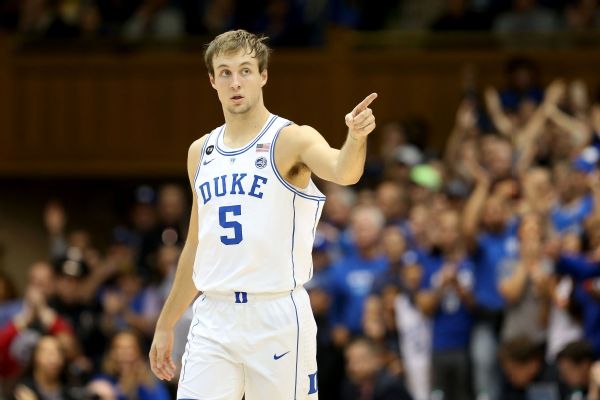 Duke guard Luke Kennard, the only unanimous choice for first-team All-ACC honors in 2017, is entering the NBA draft after a breakout sophomore season.

Kennard announced his decision through the school Thursday and says he plans to hire an agent, which means he won't have the option to return for his junior year.

The Franklin, Ohio, native scored in double figures in 35 of Duke's 37 games on the season, eclipsing the 20-point mark a team-high 19 times.

"After considerable reflection, prayer and consultation with my family and coaches, I have decided to take the next step in pursuing my basketball dreams by entering the NBA Draft," Kennard said. "Being a member of the Duke Basketball brotherhood is always going to be special to me. I have nothing but love and respect for everyone in the Duke program. I want to thank my coaches, teammates, the best fans in the game and everyone in Franklin for being by my side every step of this journey.

He also was selected MVP of the ACC Tournament after averaging 20.0 points and 5.3 rebounds to help Duke become the first team in league history to win four games in as many days and claim the university's record 20th ACC championship.

He says he has "a lot of work ahead" of him but is "confident that I'm ready and have a great foundation for success at the NBA level."

The 6-foot-6 guard is projected to be a mid- to late-first-round pick.

He made at least one three-point field goal in 40 consecutive games, the second-longest streak in Duke history and the 10th-longest stretch in ACC history.

"I've loved coaching Luke and having he and his family in our program," Duke head coach Mike Krzyzewski said. "Luke's skill set is such a perfect fit for the way the NBA game has evolved and we're all excited to see him flourish at the next level. He is a wonderful person who will immediately be an asset to an NBA team."