McCallie was entering the final year of her contract and no agreement had been reached.

"As a coach in the final year of my contract, uncertainty is natural and it takes away from confidence and fun," McCallie said in a video tweet.

"Hello from Coach P. I hope you all are safe and healthy during these very challenging times.

I just had a very difficult conversation with a group of women that I love and adore and admire..." pic.twitter.com/5pN2Swdfau

She told ABC11's Bridget Condon on Thursday that the last day has been "difficult" and "very emotional."

McCallie had led the Blue Devils to a 330-107 record and earned Atlantic Coast Conference Coach of the Year three times during her tenure at the university. Under her leadership, the Duke women's team earned four consecutive league regular-season first-place finishes in 2010 through 2013, and three ACC championships in 2010, 2011 and 2013.

Duke player Mikayla Boykin said she "wasn't too shocked," knowing her coach well. She said McCallie had recruited her since she was i the sixth grade.

"I know that Coach P has a lot of good intentions for everything she does, and I know her doing this is something that she thought would better everyone around her in a sense in her own unique way," Boykin said.

"For me, she's taught me a lot of how to be a strong woman, a strong leader, an independent woman," Suggs said. "How to handle your own stuff, how to go after things you dream for. She means a lot to me and those four years I learned so much on how to be a strong woman."
Report a correction or typo
Related topics:
sportsdurhamnccollege basketballduke universityduke blue devilsdukebasketball
Copyright © 2020 WTVD-TV. All Rights Reserved.
DUKE BLUE DEVILS 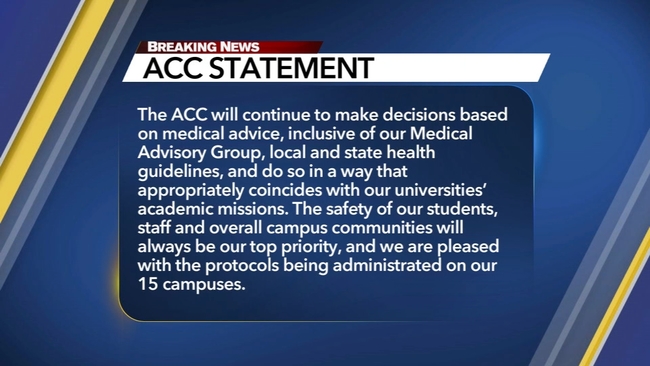