Glen Davis questionable for Game 7 against Spurs with ankle sprain 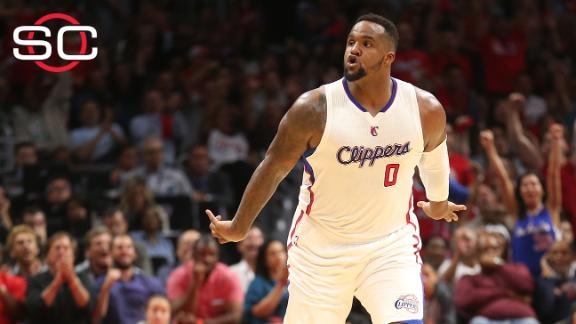 Clippers coach Doc Rivers said Davis would be a game-time decision with the team not holding a practice Friday or shootaround on Saturday.

"It's an ankle sprain, and we'll find out more tomorrow," Rivers said Friday. "We won't know much today."

If Davis is unable to play, Rivers said the Clippers could lean on Hedo Turkoglu and Spencer Hawes or go with a small lineup.

"We got Turk, we got Spencer, we can go small, we basically did that last night," Rivers said. "The game will dictate that."

Davis landed awkwardly on his foot with 11:07 left in the fourth quarter of Thursday's Game 6 after fouling Tiago Splitter.

After being helped off the court and to the bench, he was taken back to the locker room in a wheelchair and ruled out for the rest of the game.

Chris Paul emphasized Davis' importance to the team's chances of surviving Saturday's Game 7 and moving on to the next round when asked about Davis on Thursday night.

"I don't know how serious it is. I know Big Baby's a worker," Paul said. "Guys stepped up when he went down, but we need him. We need him. Baby's an emotional leader for our team. He really leads that second unit, and we have an amazing training staff, I think the best training staff in the league. Those guys will get him ready to go by Saturday."

Davis is the only big man and one of only three reserves Rivers has trusted to come off the bench for the Clippers this postseason. He has played in all six postseason games for the team, averaging 3.2 points and 2.8 rebounds in 12.5 minutes per game.