Gov. Chris Christie off to Lambeau 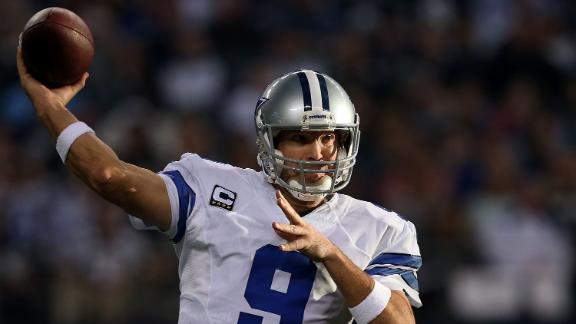 How do the Dallas Cowboys plan to combat the Lambeau mystique in their playoff game against the Green Bay Packers? By bringing their walking embodiment of a lucky rabbit's foot.

New Jersey Gov. Chris Christie released a statement Friday afternoon saying that he intends to take up Jerry Jones on his offer of two tickets in the Cowboys owner's suite to watch Sunday's NFC divisional matchup.

"As a lifelong Cowboys fan, it's hard to pass up attending a playoff game when you've been dubbed the team's mojo," Christie's press secretary said in the statement. "Not wanting to risk breaking the team's 5-0 streak by messing with karma, Governor Christie, his orange sweater and his son Andrew will all travel to Lambeau Field this weekend to attend the game against the Green Bay Packers."

Jones has dubbed Christie to be part of the Cowboys' "mojo." Dallas has won every game that the governor has attended this season, including last week's wild-card victory over the Detroit Lions and a win over the Indianapolis Colts in December that locked up a playoff spot for the Cowboys.

While Cowboys fans have enjoyed the politician's run of luck, Christie's constituents in New Jersey -- home to fans of such teams as the New York Giants and Philadelphia Eagles -- have not been happy with his very public love of their division rival.

Christie has also been criticized for possibly using taxpayer money to fund his flights to Cowboys games.

Christie's spokesman, Kevin Roberts, told ESPN.com on Monday that Jones paid for Christie's previous trip, including travel and tickets, so no New Jersey taxpayer funds were used. According to Christie's Friday statement, there will be no such concerns this time around.

"The governor will be paying for travel and tickets for himself, his sweater and his son to make sure we keep silliness out of the football season."

Capt. Stephen Jones of the New Jersey State Police said the state will not incur an additional cost for protecting Christie while he is in Wisconsin.

"He is the governor of New Jersey, which means we are committed to protecting him 24/7," Stephen Jones told ESPN.com's Darren Rovell. "His detail is there for his protection wherever he is. The costs remain virtually the same whether he is on state business or personal business."

Information from ESPN.com's Todd Archer and Darren Rovell contributed to this report.