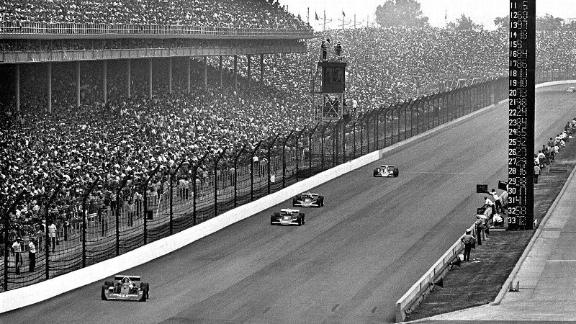 The 33 starters in Sunday's race have submitted their preferences of milk to the American Dairy Association Indiana, which hands the glass quart of milk to the winner, and more drivers have chosen to guzzle whole milk than any other variety.

In the list, released by the association on Friday, 15 of the starters say they want whole milk handed to them and 14 starters will take the 2 percent variety, while only four said they want fat free. In a first, no drivers said they don't have a preference.

The American Dairy Association Indiana is willing to provide drivers with a lactose-free option, though it hasn't been requested.

Both last year's Indianapolis 500 champion, Ryan Hunter-Reay, and Helio Castroneves, who has been in Indy 500's Victory Lane three times, have chosen 2 percent, while 2008 champion Scott Dixon wants whole milk. The four drivers who prefer fat free with a victory are Charlie Kimball, Pippa Mann, Simon Pagenaud and Will Power.

The tradition began in 1936 when driver Louis Meyer drank a bottle of buttermilk after winning the race. After some years when the winning driver didn't get milk, the practice resumed in 1956.

The American Dairy Association Indiana began to take the celebration seriously after 1993 when winner Emerson Fittipaldi, who reportedly owned citrus farms, drank orange juice in Victory Lane. Today, the association is responsible for bringing the three varieties of milk to the finish line and pays $10,000 for the right to have a local milkman hand the quart glass to the driver. The champion gets to keep the glass. The chief mechanic and the team owner also get quart glasses, which have the Indy 500 logo and the logo of the milk association on them.

The marketing opportunity is important for the milk industry. Milk consumption in the United States has been declining in recent years.