Is your March Madness bracket broken? Join the crowd 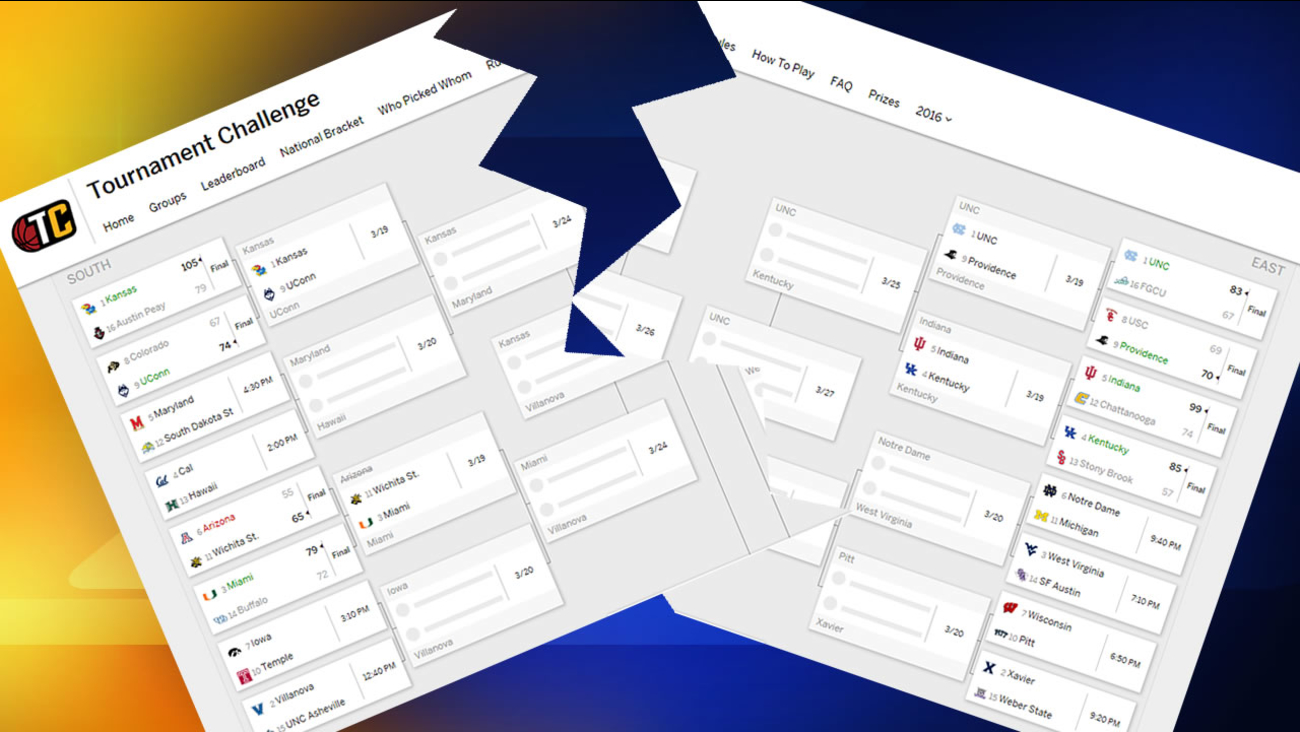 RALEIGH (WTVD) -- After a wild first day of the NCAA Basketball Tournament, just 14,525 -- or 0.1 percent -- out of the approximately 13 million Tournament Challenge brackets submitted to ESPN were a perfect 16-for-16 on Thursday.

Is your #MarchMadness bracket busted already? Don't worry, you're not alone. https://t.co/YVHTestpqD

In comparison to previous years:

Strange But True: Out of more than 13 million @ESPNFantasy brackets entered this year... ONE has gone an imperfect 0-for-19 to this point.

The twin upsets by 12-seeds Yale and Arkansas-Little Rock over Baylor and Purdue, respectively, really shook up the field. Plus, a pair of upsets by 11-seeds -- Gonzaga over Seton Hall and Wichita State over Arizona -- heightened the bracket-busting madness. Overall, the better seeds went 9-7 on Thursday.

Here's everything you need to know before Friday's NCAA tournament games: https://t.co/WfKG0a7MvU pic.twitter.com/Hi1Pxfbf6u

The madness isn't reserved for the men.

The women's tourney begins today, which means another bracket to fill out: https://t.co/pHAPKZhVVn