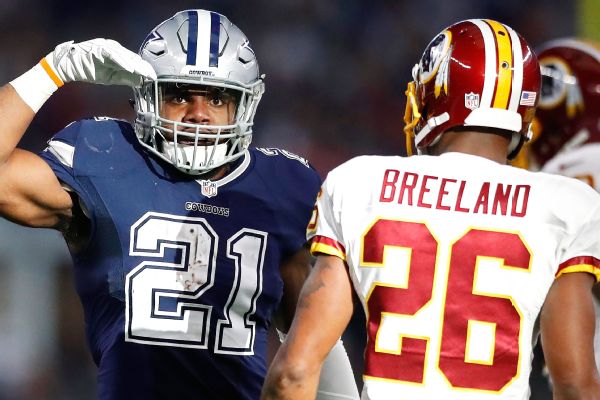 FRISCO, Texas -- Ezekiel Elliott should not expect a smaller workload in the final few weeks of the regular season.

"The more we give Ezekiel the ball, then I think the better,"Cowboys owner and general manager Jerry Jones said Tuesday. "We're winning with that. We're wearing them down on defense."

"I look back at Emmitt Smith. Everybody expressed, including ourselves, concern because Emmitt was carrying such a load," Jones said. "And of course I think he carried the ball more than I think anyone has in their career in the NFL. But Emmitt was solid. He was certainly productive."

Elliott has had at least 20 carries in nine of the Cowboys' 11 games but only two with more than 25 carries. He has five 100-yard games this season.