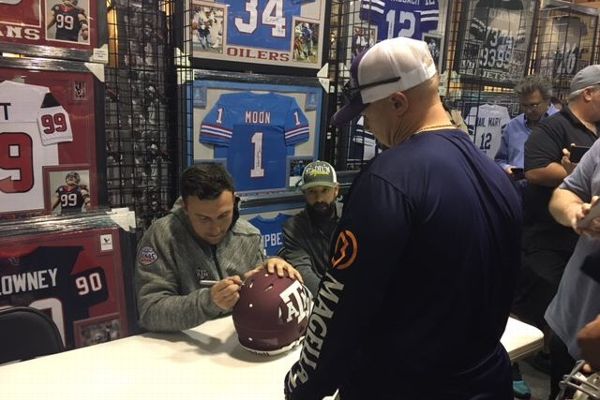 KATY, Texas -- Johnny Manziel, who has indicated he's ready to turn his life around, spent an hour and a half with fans Thursday.

The 2012 Heisman Trophy winner, in only his second public autograph appearance, seemed to enjoy meeting with the public, who turned out in impressive numbers.

Cindy Gaytan, the manager of the Signature Stadium store that hosted Manziel, said he signed more than 150 signatures on helmets, balls and pictures and took more than 70 photos. Signatures cost $99 each, as did professional photos.

"It was more than I expected," Gaytan said.

The fans who did show up came from many walks of life: younger guys who came for a gag, Texas A&M alumni and Heisman Trophy collectors.

Rob Thornborrow of Houston is both an Aggies fan and a Heisman Trophy collector. When he heard Manziel was doing a public signing, he said he was ecstatic.

Thornborrow came armed with a 16-by-20-inch Heisman Trophy photo he had been working on for three years that had the signatures of 19 winners on it. Manziel signed it right below the only other Aggies winner, John David Crow, who won in 1957. Thornborrow noted how many of his A&M brethren are rooting for Manziel, hoping he turns his life around.

Taking advantage of his employment with an airline, Vince Sum, 22, flew into Houston from Salt Lake City on Thursday.

"He's a legend," said Sum, who bought a Manziel A&M jersey to get signed.

David Molina came for the gag. He wore a Scooby-Doo costume, similar to one which Manziel wore one Halloween, and took a picture with Manziel.

"He told me what an awesome Halloween that was for him," Molina said.

Manziel took it all in stride, perhaps enjoying the circus atmosphere that took over the small mall store. He made a grand entrance, slapped kids' hands and was willing to deal with fans with props -- including a guy with a stack of dollar bills in his hand who took a picture with Manziel.

Manziel didn't talk to the media but told fans who met him throughout the night that he was thankful and was ready to move on from his past ways. 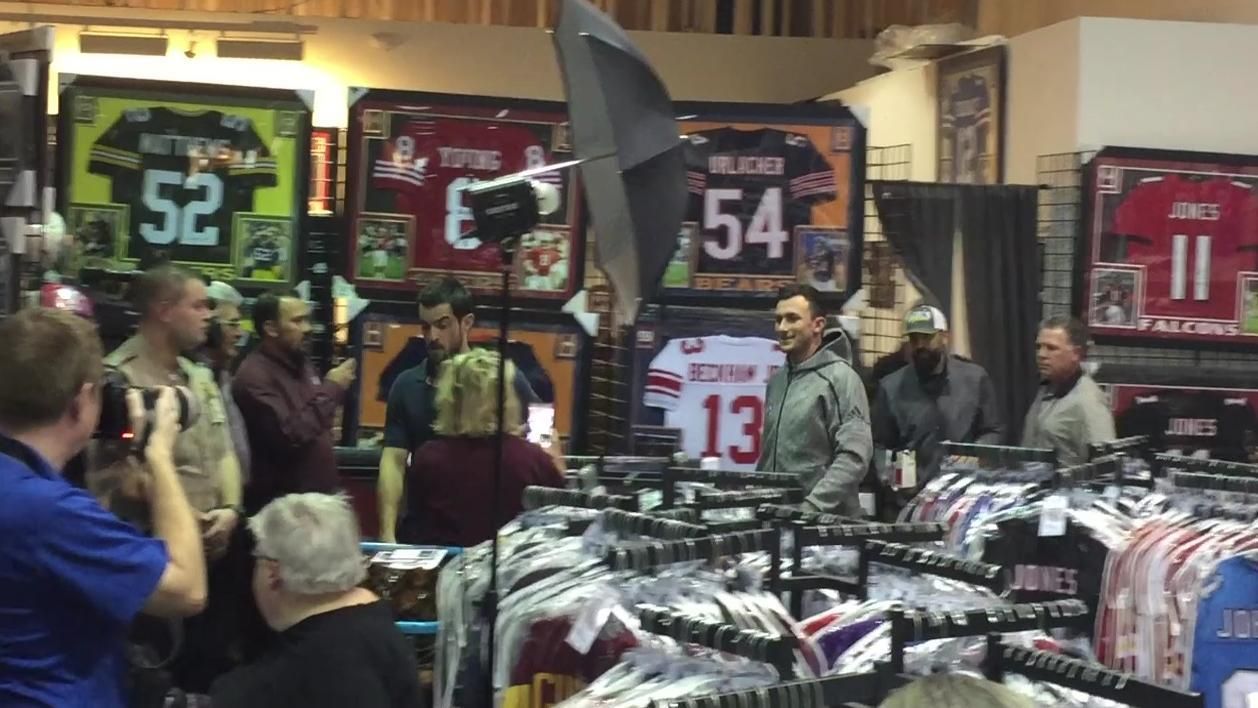