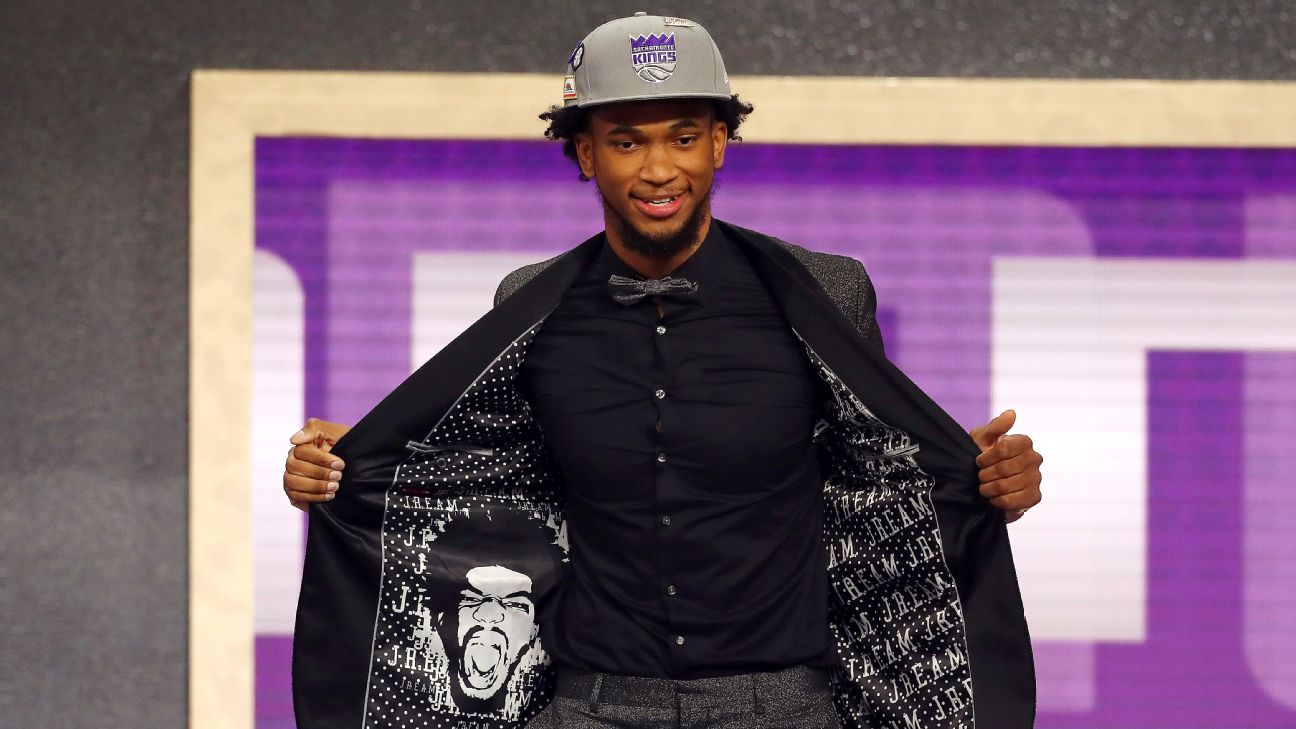 It's a big night for big men in the NBA draft, where Duke's Marvin Bagley III joined that party line as the No. 2 pick of theSacramento Kings.

The 6-foot-11 Bagley, who played power forward and center in his one season at Duke, averaged 21.0 points and 11.1 rebounds on 61 percent shooting from the field. He and 7-foot Deandre Ayton, who was taken first overall by Phoenix, were high school teammates for one season at Hillcrest Prep in Arizona.

The Kings have been one of the league's lowliest franchises, not making the playoffs since 2006. But Bagley said he was open to playing in Sacramento.

"I'm gonna to be ready to come in and give my all, man," Bagley said after being selected. "I'm ready to come in with a hard work ethic, motor. You know the effort's gonna always be there. I'm excited, I can't wait. I can't wait to get out there and get settled in and get to work."

The Kings showed progress during a 27-55 season and appear to have some strong building blocks in place, particularly in the backcourt. The strength of this draft is in the frontcourt, and the Kings had been looking to take advantage.

Bagley, 19, thrived in his one season at Duke and doesn't expect that to change once he's a pro. He is one of only five players from a major conference in the past 25 seasons to average at least 20 points and 10 rebounds while shooting at least 60 percent from the field. Ayton joined the list this past season.

"I want to be the greatest player to ever play the game of basketball, and I mean that in the most humble way possible," he said recently. "Not to sound cocky or come off as arrogant, but that's just the mindset that I have. I always say, if you don't want to get to that level or be the best, then there's really no need to play."

While Bagley has some positional concerns defensively, his athleticism, rebounding, finishing ability and overall productivity were attractive to the Kings. Bagley has terrific scoring and rebounding instincts and probably brings better shot-making potential than he showed in college with more spacing around him at the NBA level.

Bagley's 22 double-doubles are the most by a freshman in the ACC, breaking the record held by Virginia's Ralph Sampson, who was selected No. 1 overall in the 1983 draft. Additionally, Bagley became the first Duke player to lead the ACC in both scoring and rebounding and is just the fourth ACC player to do that in the past 30 seasons.