LeBron James not concerned about Cavaliers not limiting his minutes 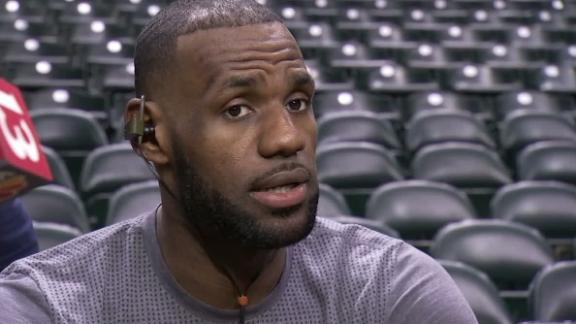 INDIANAPOLIS -- The Cleveland Cavaliers have not adhered to their stated plan to cut down on LeBron James' minutes, and James doesn't seem concerned about it.

"I'm fine," James said before the Cavs' shootaround ahead of Wednesday's game against the Indiana Pacers. "Coach is going to do a good job of looking at my numbers and trying to get me rest throughout the game, but I don't see me having slowed down. My numbers are up, but we've been in a good groove, and if I get rest here, couple minutes here throughout the game, couple minutes there, off days, things of that nature, [I will be OK]. It helps the body, but it's whatever coach wants to do."

Coincidentally, coach Tyronn Lue announced his intention to limit James' minutes as the season wore on the last time the Cavs came to Indiana, in November. Lue said James' minutes would shift from the 36- to 38-minute range to the 32- to 34-minute range when the schedule hit either late January or late February, in a plan agreed upon by Lue, James and James' longtime athletic trainer, Mike Mancias.

However, rest has been slow to come for the 14-year veteran James, who is second in the league in minutes at 37.6 per night, trailing only Toronto's Kyle Lowry (37.7), an 11-year veteran.

In James' eight games since Jan. 23, his playing time has actually increased to 38.9 minutes per contest.

"We've been talking about it," Lue said. "He's being bull-headed about it. He doesn't want to back down because he says he's in a good rhythm right now. We just have to play it by ear. If we've got the chance to get him rest, we've got to get him rest. When we get up on teams, we have to put teams away, so his minutes will go down like the New York game [last Friday]. Being up 26 in the fourth quarter and then all of a sudden he has to come back and play extra minutes he shouldn't have to play. We've got to be conscious of that and see where it goes."

The overall rest plan, outside of minutes, is to give James a game off once about every 10 games, a team source told ESPN. Thus far, James has played in 47 of the Cavs' first 50 games. Cleveland is 0-3 when he sits out.

James said he and Lue continue to be on the same page.

"This is a joint venture, all right?" he said. "Me and T-Lue is a marriage, all right? This is a two-way street, OK?"

James said he will play Wednesday and was irritated by a line of questioning that pointed out he had not played in three of the Cavs' past five trips to Indiana.

"I ain't sitting out tonight, all right?" James said, before adding another playful shot. "Leave me alone."

But he could sit out Thursday's nationally televised game against the Oklahoma City Thunder, which will be Cleveland's third game in four nights -- the type of situation Lue said he would look to rest James at the outset of training camp.

"We've got to see how many minutes he plays tonight," Lue said.

Asked whether James could sit out against the Thunder if James played close to 40 minutes vs. the Pacers, Lue said, "That's fair." 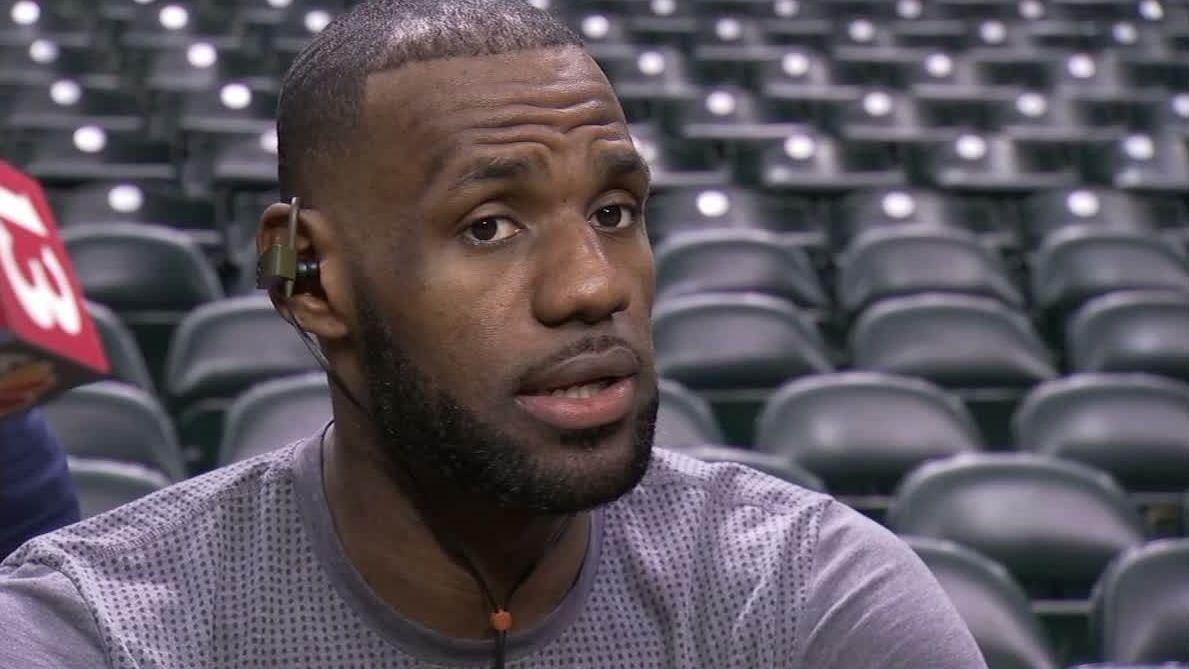