LeBron James on Cavaliers' 3-game skid: 'Honeymoon stage is over' 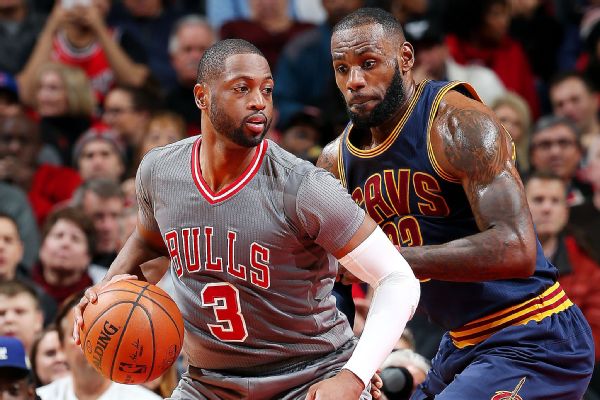 CHICAGO -- If there ever was a time to be sure that the Cleveland Cavaliers' epic three-game win streak to finish the NBA Finals and beat the Golden State Warriors for the championship was a thing of a past, this week's three-game losing streak -- capped by a 111-105 defeat at the hands of the Chicago Bulls on Friday -- hammered that point home.

"We've got to get out of the honeymoon stage," a visibly frustrated LeBron James said after he had a personal 30-game winning streak broken for his teams when he totaled 20-plus points and 10-plus assists. "That's y'all's headline for tomorrow. I know y'all going to use it."

James finished with 27 points and 13 assists, but he also had a season-high eight turnovers -- giving him 20 turnovers during the three consecutive losses.

While he had a part in the Cavs' undoing, it was Chicago's 78 points in the paint that really stood out as the reason for their demise. This came after Cleveland was outscored 68-34 in the paint during the first loss of the skid against the Milwaukee Bucks and 30-18 in the second loss against the Los Angeles Clippers.

"You've got to play the game the right way," James continued. "You've got to battle every night like we ain't won nothing. Last year is last year, and after ring night, it's over with. Now it's a new season and everybody is gunning for us every night, and we have to understand that. The honeymoon stage is over, and it's time to play some real ball and be physical, especially in the trenches. Giving up 78 points is ridiculous. We've got to man up. Everybody."

It's the first three-game losing streak of Tyronn Lue's tenure as head coach, after being elevated to the position at midseason last year.

"We've got to do better," Lue said after the Cavs' lead for the top seed in the Eastern Conference fell to just half a game over the Toronto Raptors. "Concerned, I wouldn't say that. We are a good team, but right now, we're not playing like it. We'll be better, and that's on me to make it better."

Lue pointed to his responsibility to "come up with better schemes" defensively, while also mentioning his players' necessity to play "better one-on-one defense."

Cavs forward Kevin Love, who finished with 15 points on 5-for-14 shooting with nine rebounds while often matched against Chicago's Taj Gibson (23 points, 10 for 13 shooting, 11 rebounds), joined his coach in shouldering the blame.

"I think myself, I was bad tonight," Love said. "I mean, just getting to those different rotations and being locked in. We needed to be more in tune with what we're trying to do and have that 'next man up' mentality."

A night that started with a spectacle, as a pack of approximately 50 media members swarmed James with cameras to capture his pregame attire -- a full-fledged Chicago Cubs uniform to settle a World Series bet with Dwyane Wade -- ended with a despondent Cavs locker room.

"We don't want to drop three in a row, but it's happened," Kyrie Irvingsaid. "And now we figure out where we can get better, things that we need to correct and we move forward. Obviously, all of us are competitive players, we're winners, and going forward we just got to be better. But there's no need for controversy or any of that or us overthinking it. It's just basketball.

"We've got to go out there and just compete at a high level and do it consistently over a 48-minute game. That's all. And I think right now, we're doing it in bits and pieces. We're getting out to a good start in first quarters, we're hitting guys [early], and sometimes the game can take a shift. But with that, we've got to keep playing and rely on one another."

On Thursday, following the Cavs' second loss in a row, James downplayed the significance of the rut they had found themselves in.

"The best thing about this league is you kind of always get an opportunity right away to be better," he said, pointing to the second night of the back-to-back ahead of them in Chicago. "Now, three games in a row, that's something to talk about."

Reminded of that quote postgame on Friday night, James simply quipped, "We've got to be better."

Lue also was reminded of James' quote after the loss to the Clippers, which read like an invitation for the media to question the Cavs should they not get back on track in Chicago. 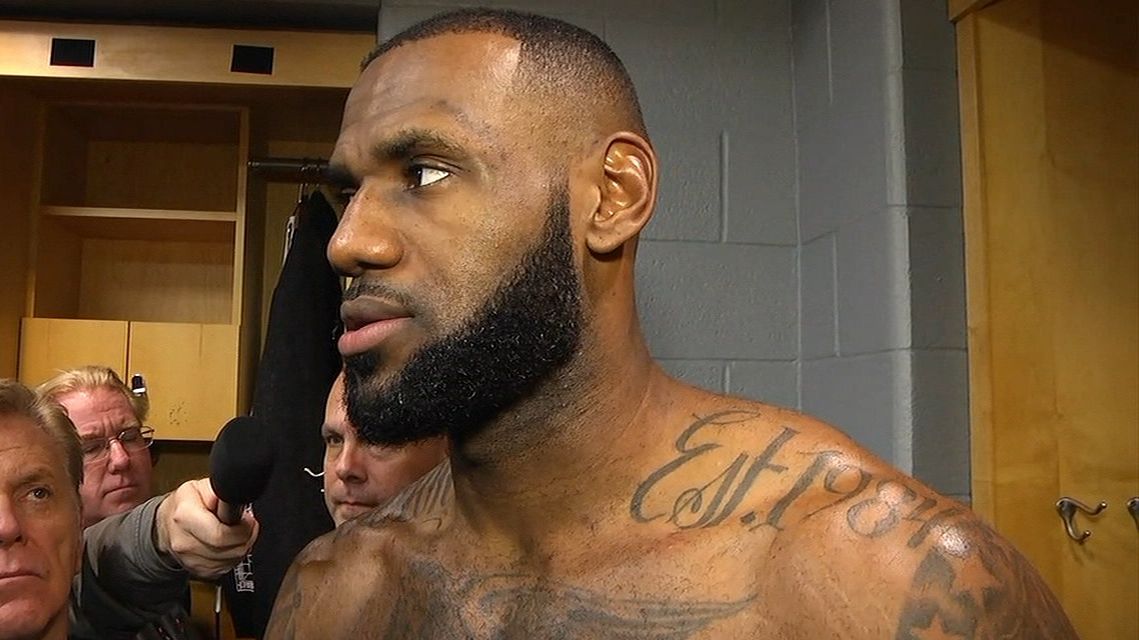