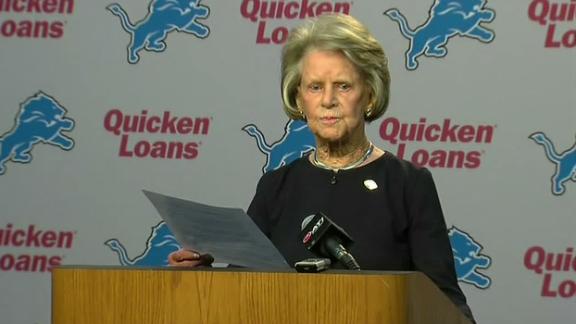 The changes come less than a week after Mayhew said the franchise would be buyers at the trade deadline and then made no moves in either acquiring or trading players. The Lions also suffered a blowout 45-10 loss to the Kansas City Chiefs in London on Sunday.

"We are very disappointed with the results of the season so far," Ford said during a 1 minute, 53 second statement Thursday. "And believe a change in leadership was necessary."

Ford said she informed Lions coach Jim Caldwell there would be no changes to the coaching staff. Sheldon White, the team's vice president of pro personnel, will be the interim general manager, while chief financial officer Allison Maki will be the acting chief operating officer. Both will report to Ford.

These moves come a little more than a week after the Lions fired offensive coordinator Joe Lombardi and offensive line coaches Jeremiah Washburn and Terry Heffernan.

"I also want to make it clear that we have no intention of giving up on the season. We expect our team to compete and improve and win."

Ford took no questions after her statement. The Lions said they expect to make White available to the media for the first time next week after the team returns from being off this weekend.

The 50-year-old Mayhew was hired by the Lions on an interim basis after the team fired Matt Millen during an 0-16 season in 2008. After the year, Detroit lifted the interim title and made him GM.

He initially hired Jim Schwartz, who led the Lions to the playoffs in 2011, but fired him after the 2013 season and replaced him with Caldwell.

Lewand was hired by the Lions as their team president on Dec. 29, 2008, and worked 20 seasons with the Lions, including six as the team's president.

"I want to thank Mrs. Ford and her family for the opportunity to serve the Lions organization and its great fans," Lewand said Thursday night. "I am particularly grateful to Bill Ford for allowing me to be a part of the unique vision he shared with his father to bring the Lions back to Detroit."

Lewand and Mayhew combined to put together Detroit's current roster.

Mayhew conceded Friday that he needed to be better in the draft as well. The Lions have no players left on the roster from the 2010 or 2011 drafts -- including first-round selections Ndamukong Suh and Nick Fairley. The Lions have also been unsuccessful with second-round picks, including receivers Titus Young and Ryan Broyles, running back Mikel Leshoure, safety Louis Delmas and linebacker Kyle Van Noy.

"I gotta do a better job drafting across the board in general," Mayhew told reporters on Friday. "And by no means do I mean I've been outstanding in terms of our draft. We've drafted some really good players and we've missed on some players. I think if you look around the league, that's pretty common.

At the time, a major reason the Lions hired Caldwell was his success with the Colts and with quarterback Peyton Manning. The hope from the Lions was that Caldwell could help quarterback Matthew Stafford,who did make the Pro Bowl last season.

The Lions, however, have struggled to find their identity on offense.Stafford is on pace for his worst statistical season in passing yards (2,083 through eight games), and his touchdown-to-interception ratio is on pace (13 touchdowns, 11 interceptions) to be his worst since 2012 (20 touchdown, 17 interceptions).

In addition, the Lions still have the worst rushing attack in the league by almost 15 yards, gaining 69.62 yards per game on the ground (the Browns are second worst at 84 yards per game).

As a player, Mayhew went to Florida State and then was a cornerback for Washington and Tampa Bay. He also went to Georgetown Law School.

Lions owner: We expect to compete, improve and win
Lions owner Martha Ford expresses her disappointment with the results of this season and the decision to overhaul the front office and team's leadership. 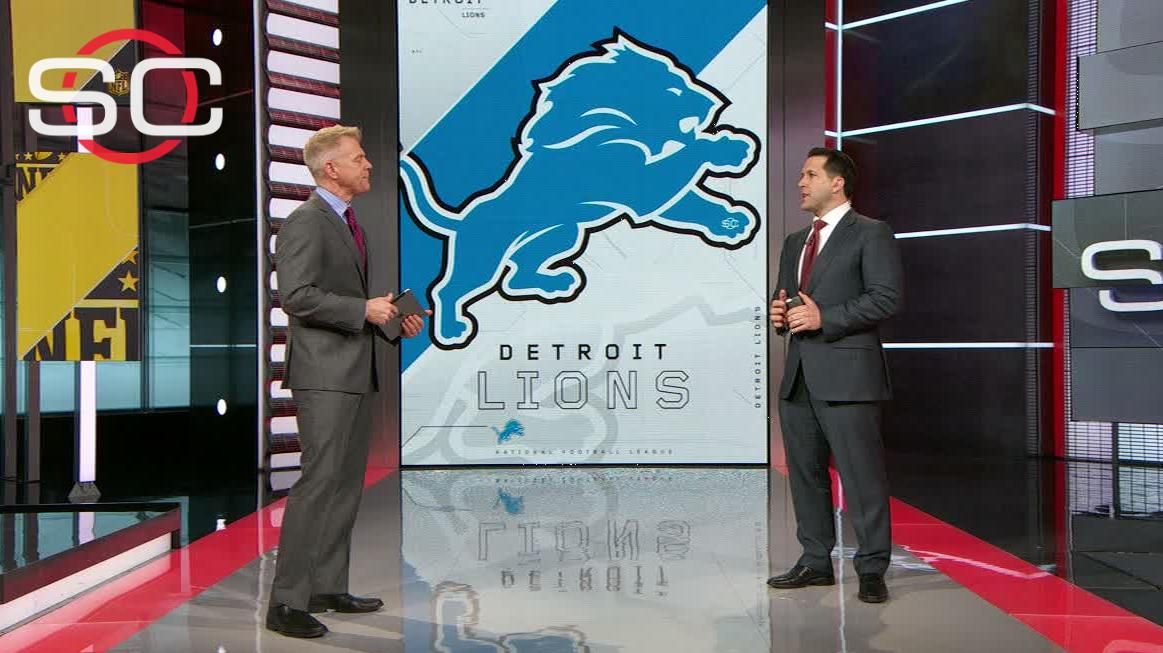 Lions' owner sends message with firings
Adam Schefter explains why the Lions decided to fire president Tom Lewand and general manager Martin Mayhew and what is ahead for the organization. 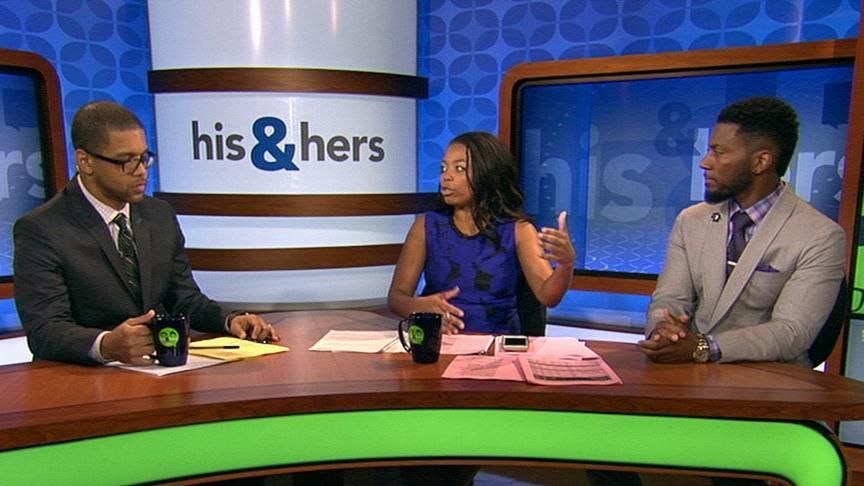