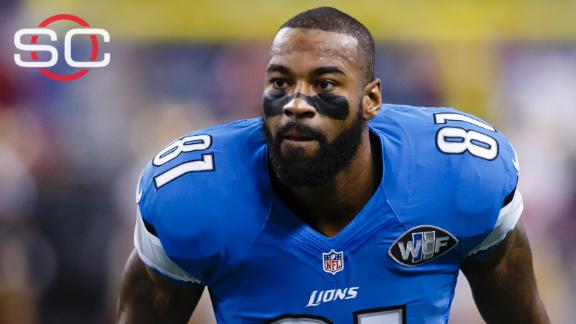 The Detroit Lions continue to wait for wide receiver Calvin Johnson to make a decision about whether to retire or return for a 10th NFL season.

Lions president Rod Wood on Thursday told 105.1 FM in Detroit that he doesn't have a sense of what Johnson plans on doing and that there is not a definitive timetable for the receiver to make a decision.

Wood said he and general manager Bob Quinn have spoken to Johnson and that the decision rests with the six-time Pro Bowler. Wood said the start of the new league year is not necessarily a deadline for Johnson because they want him to make a decision that is in his best interests.

That decision could change the Lions' plans for free agency, as Johnson's contract carries a $24 million cap hit for 2016. If he does opt to retire, it would leave the Lions with a large hole at the receiver position.

Johnson's plans for 2016 have been one of the team's hottest topics since he released a statement the week after the season ended saying he was examining his options and that he would make a decision in the "not-too-distant future."

The 30-year-old has dealt with knee, finger and ankle injuries over the past three seasons. ESPN NFL Insider Adam Schefter reported last month Johnson had told Lions coach Jim Caldwell that 2015 was going to be his final season and that he had spoken with teammates Matthew Stafford and Stephen Tulloch about his future.