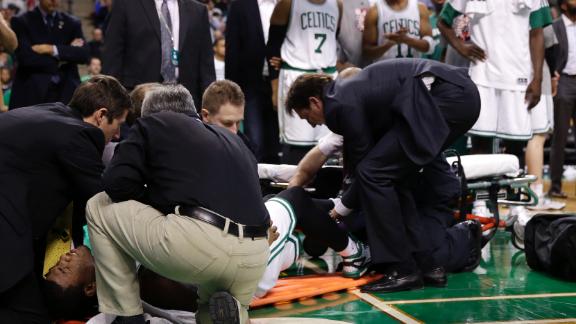 For the Celtics, it's encouraging news given how severe the injury looked in the moment. Smart's left ankle turned awkwardly after he stepped on the foot of Indiana's Lavoy Allen while driving to the basket early in the fourth quarter of the Celtics' victory over the Pacers.

Smart immediately grabbed for his ankle and was attended to by team doctors before being stretchered off the court.

An initial set of X-rays suggested no bone breaks, and Smart underwent an MRI on Friday night to determine the severity of the injury.

The Celtics will be short-handed in Chicago on Saturday night while playing without Smart and Rajon Rondo, who stayed in Boston this weekend to have a screw removed from his surgically repaired left hand.

The Celtics also announced that Rondo is expected back Wednesday against the Oklahoma City Thunder.

While Smart is sidelined, there will be increased minutes available at both guards positions, and some of the team's small forwards could see a boost as well given how often Boston utilized Smart in a three-guard lineup with Rondo and Avery Bradley early in the season.

Phil Pressey, who gave the team a spark off the bench in Friday's win, will help with ball-handling duties, while veteran Evan Turner, who started at point guard during the preseason while Rondo was rehabbing, should get another chance there.

"We're more worried about the kid than we are about what our lineups or rotations are going to be," Stevens said. "We've got a whole 22 hours to figure that out."

Stevens hinted after Friday's game that the team was hopeful the injury was a sprain and nothing that would sideline Smart for an extended period.

Smart was the No. 6 overall pick in June's draft. He's carved out an immediate role with the Celtics as a top guard option off the bench. 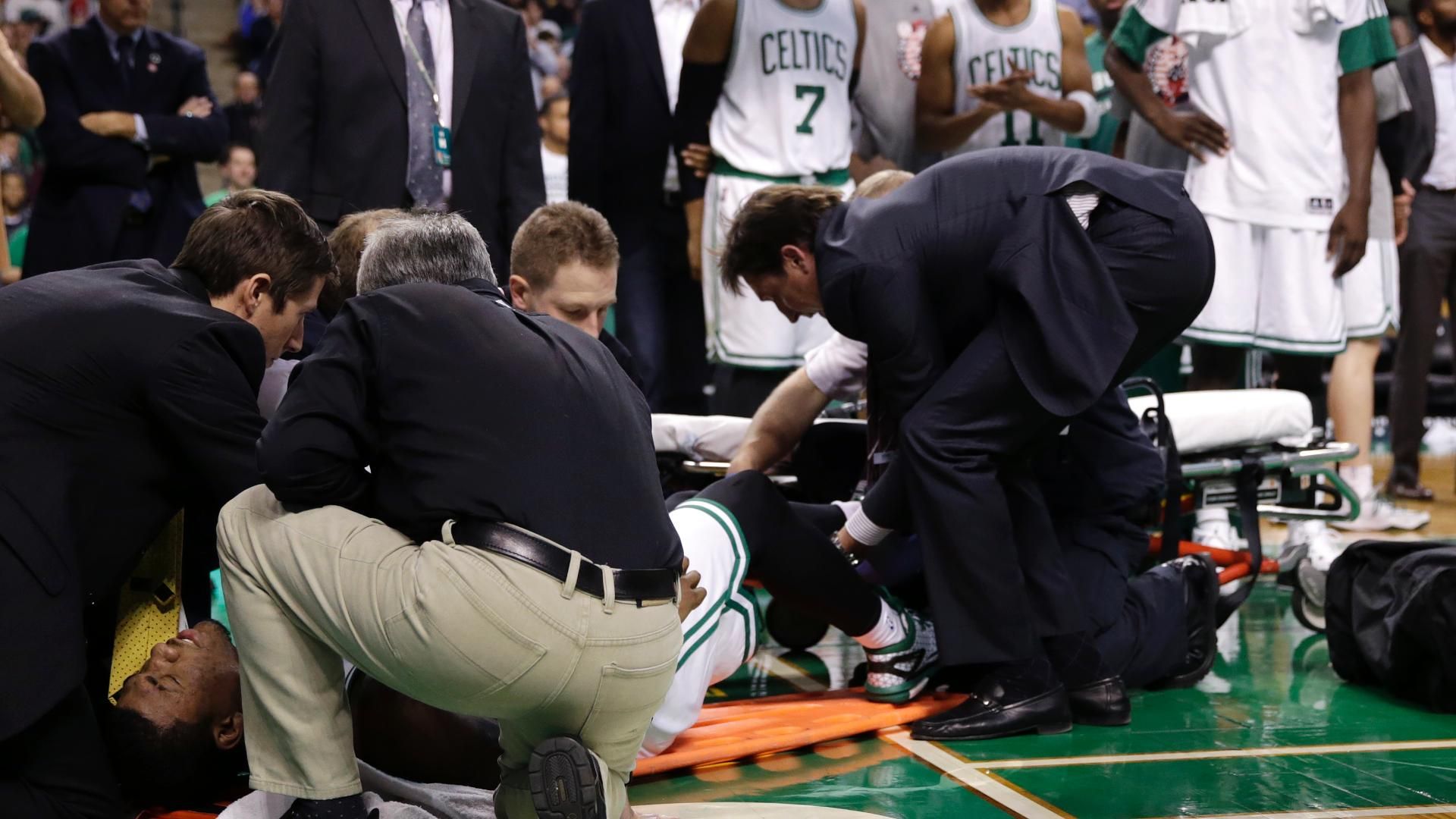