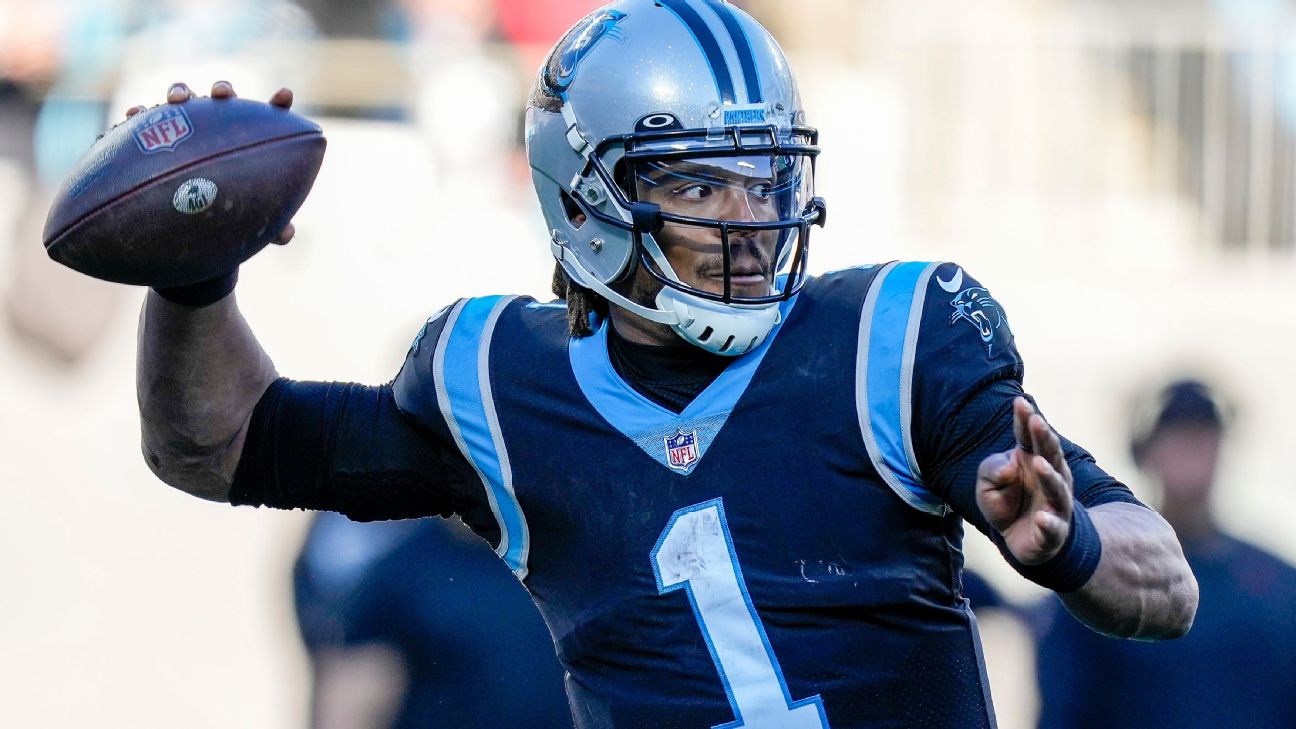 "Cam," Rhule said when asked who his quarterback would be moving forward. "Cam did some good things. Cam had those two turnovers, though. Looking for things not to be catastrophic."


Newton threw an interception that was returned 66 yards for a touchdown in the second quarter with the Panthers (5-8) driving at the Atlanta 36 in a 7-7 game.

Late in the third quarter, with Carolina trailing 20-16, the 32-year-old quarterback fumbled on second-and-3 from the Atlanta 46 trying to get the ball to running back Chuba Hubbard as he was falling down after center Pat Elflein stepped on his foot.

Atlanta went on to score a touchdown, with a missed two-point conversion, to make it a two-score game.

"Those catastrophic plays, unfortunately, overshadowed a lot of really good plays," said Rhule, whose team was all but knocked from playoff contention in the NFC with the loss.

Newton, who had two interceptions in his previous game, agreed.

"Once again, it comes down to protecting the football," he said. "That's Day 1 winning football, in rec ball, high school, college and in the professionals. Protect the football. I didn't do a good job of that today.

"That's what's so frustrating. I hold myself to a high standard to do those things. When it doesn't happen, it's just inexcusable."


The Panthers went into the game planning to use backup quarterback PJ Walker for a few series. Walker played Carolina's last series of the first half, throwing an interception on third-and-6.

He also played Carolina's final two series of the second half, throwing a 5-yard touchdown pass to Robby Anderson with 3:11 remaining to narrow the gap to 29-21.

But Rhule indicated he planned to stick with Newton for next week's game at Buffalo.

"You guys know me," Rhule said. "I'm not going to make huge statements after [a game]. I don't have any strong feeling other than we have to play better at that position."

Newton finished 15-of-23 passing for 178 yards and no touchdowns with one interception. He rushed 10 times for 47 yards, including a 12-yard touchdown on Carolina's opening drive.

This came after compiling a career-low 5.8 passer rating (5-of-21 passing for 92 yards with two interceptions) in a loss at Miami prior to the bye.


"They were just game-killers, in essence," Newton said of Sunday's mistakes.

The loss dropped Newton to 0-3 as the starter since returning to Carolina after Sam Darnold was placed on injured reserve. He has lost his past 11 starts with the Panthers dating back to 2018-19.

The 2015 NFL MVP is battling not only to stay the starter the remainder of this season, but to prove he deserves a shot next season. He signed on Nov. 11 a one-year deal with $6 million guaranteed and the potential to reach $10 million to finish the season.

Newton had been looking for a job since New England released him at the end of training camp after settling on rookie Mac Jones as the starter.

"I'm just so disappointed in myself," Newton said, reiterating his stance. "I hold myself to a high standard. There are a lot of guys around this team that hold me to a high standard, too. For me to not perform or to jeopardize the game the way I did today, it's just inexcusable.